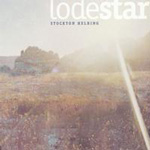 Drummer Stockton Helbing is a South Carolina native who has spent over two years as the percussionist for Maynard Ferguson and has also worked with Joe Lovano, Arturo Sandoval, and Diane Schuur.

The quintet that Helbing has assembled for this debut recording consists of musicians who all attended the jazz school at the University of North Texas. The two-horn front line of Ken Edwards on trumpet and flugelhorn and Tom Luer on tenor saxophone is supported by a guitarist, Noel Johnston, in lieu of pianist. Electric bassist Brian Mulholland rounds out the combo.

In presenting these ten original compositions, Helbing notes that they represent a blending of jazz with the accessibility of pop, insofar as they offer memorable melodies while providing vehicles for improvisation—yet in a way that's more intellectual than smooth jazz. If that is the case, it is apparent that there is not much to offer to smooth jazz enthusiasts here.

The first half of the album presents the quintet in competently played, but average jazz compositions. "What Could Be, What Has Been" provides a showcase for Johnston's guitar. The latter part of the album is significant more notable. "Harrell's Herald," undoubtedly for Tom Harrell, offers a fine opportunity for Edwards, while "Sell Out" is a standard hard bop tune that could easily pass for the real thing by marquee name artists. The closing "Until Then" offers a nice turn by Luer's tenor saxophone.

Track Listing: Sign Of The Times; Hey Kid;I'm A Computer!; What Could Be, What Has Been; In Orion; Stocktorb; Departure; In the Next; Harrell's Herald; Sell Out; Until Then.