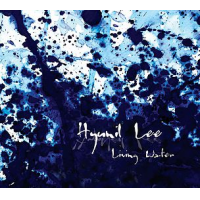 Making his recording debut in impressive style, South Korean guitarist Hyunil Lee presents Living Water, a collection of original tunes performed in the straight-ahead tradition with glimpses of bebop, ballads, vocals and a touch of fusion to keep it interesting and varied. Based in the Dallas/Fort Worth area, Lee attended the Berklee College of Music and has performed in various venues throughout Boston, New York, New Orleans, Los Angeles as well as being a fixture in the Dallas jazz scene.

Recorded in Dallas, TX, Lee availed himself of the talent-rich pool of jazz musicians within the Dallas/Fort Worth area and assembled a top-notch quintet of players along with a vocalist in designing a creative set of music that's quite dynamic and fluid. Aided by tenor saxophonist Quamon Fowler on the opening "Walking in the Garden," Lee unleashes remarkably crisp guitar riffs leading the music ably supported by fellow South Korean bassist Young Heo, pianist Colin Campbell and drummer Terence Hobdy delivering a keeper of a piece.

If there's any doubt that this is Lee's album, all one has to hear is how this guitarist takes center stage in all most every tune like "Fortitude," without denying his band mates the space to perform their own solo moments. While the two starter pieces were fairly boppish in nature, the title track is a bit more withdrawn, warmer in nature allowing the leader to display his appreciable skills on the strings playing the gentler side of jazz.

An unselfish player, Lee allows saxophonist the featured role on the light "Secret Place" where Fowler is showcased on the soprano saxophone as Lee provides more of a supporting role with delicate play of his own. The band lets it swing on the lively and perky "Steadfast," one of the many burners found here worth repeated spins. All of the music are originals from Lee except the swinging Fowler-penned "Blues Lee," a fast-paced, blues-tinged number featuring sizzling solos from everyone in the group.

The only vocals of the recording showcases Shaleia Latrice James on an alternate take of Fowler's "Secret Place" serving as the finale tune of the album. There are times when one comes across an unknown artist whose music shines all over, such is the case with guitarist Hyunil Lee, as his first recording effort with Living Water, is a gem of an album sure to make a splash with critics and audiences everywhere. Containing excellent compositions, and superb musicianship, this is one recording deserving of attention.