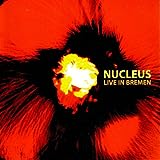 The passage of time has made fusing jazz and rock seem silly and somewhat obvious. The decline of the idiom, when the music consisted of extended fearsome solos, nailed that point home. For every Miles Davis group there were five collections of earnest young men with beards, abundant technique, and no fear of using it.

This two-disc set from trumpeter Ian Carr's band, recorded in May 1971, is a case in point. When we're 6 1/2 minutes into "Song For The Bearded Lady," guitarist Ray Russell is soloing like Hendrix without the know-how, complete no doubt with facial expressions suggesting he was simultaneously having his pubic hair extracted. This track seamlessly flows into "By The Pool (Wiesbaden '71)," and by the end the band has been playing non-stop for 22 minutes. The heated virtuosity has boiled over and flooded the top of the stove.

There's never been anything wrong whatsoever with extended group interplay. But here it only reaches modest goals; Russell's "Zoom Out" comes on like the theme for a hip detective series of the period and it succeeds in showing that the band isn't scared of brevity—they just seem reluctant to make use of it.

Carr's "Snakehips' Dream" finds Karl Jenkins on oboe, forging an unlikely alliance with Yusef Lateef in the world of jazz oboists. Russell shows what he can do at less frenetic tempos, and his work as an accompanist shows good chord choices and distinctive touch, as is most evident on "Dortmund Backtrack." Jenkins' "Elastic Rock" segues into a five minute drum solo, five minutes that ruin the mood in the way that only a drum solo could. Before this detour, Carr reveals his personal vision on the flugelhorn, Brian Smith faintly echoes Joe Henderson on tenor sax, and the band demonstrates grasp of dynamics which is frequently all too absent elsewhere.

Is there something inevitable about jazz-rock bands displaying more than their fair share of self- indulgence? Not necessarily, and some of this band's solid studio work proves it. There the self- indulgence is reined in, and the result is more coherent and better-sounding music.