Live From The Jazz Corner in Hilton Head Island - Roundup 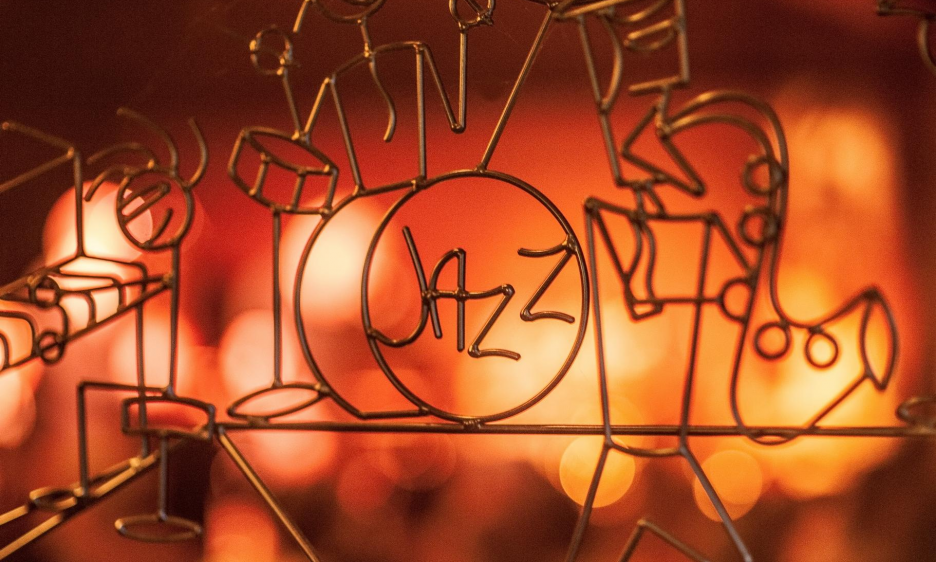 Joe Gransden returned to The Jazz Corner on Hilton Head-Jazz Island February second and third, accompanied by pianist/composer Kenny Banks. Gransden is well-known on the island for his sixteen-piece big band performances, but there was a special intimacy to this performance with just a piano accompaniment. Gransden played the flumpet, a softer, mellower sound somewhere between trumpet and flugelhorn. This particular instrument was the famous Monette Gold Brush, made of brass finished with 24-carat gold overlay and decorated with cow motifs on the valve caps. It was loaned, for this performance, from the collection of Mr. Dan Cathy, COO of the Chick-fil-A—restaurant chain, hence the cow motifs.

Gransden's voice smoothly encompassed the melodies made famous by Frank Sinatra, Tony Bennett and Ray Charles, but it was, above all, his ability to relate to an audience that defined his popularity and continues to ensure his following.

Banks played clearly and inventively, full of character and vibrancy. He worked so well in accompaniment, never intruding, always supporting and letting rip when his solo was called. In short, these were two great musicians, confident in their musical abilities and nice, relaxed guys with whom to pass away an evening of jazz, smoothly and professionally polished.

Pianist Kris Tokarski led his trio this weekend at The Jazz Corner on Hilton Head Island. They played Chicago style—fast, with clipped, sharp finishes—historically, so that the whole tune fitted on the maximum three minutes of sound recording available on a disc turning at 78 revolutions per minute. Many New Orleans musicians were tempted North to Chicago. Louis Armstrong left New Orleans earning five dollars a week, but when he arrived in Chicago with its heavy industries in a boom time, he found audiences willing to spend their high factory salaries. He earned 25 dollars a week playing some of his best music with his Hot Five group, and rented the first apartment of his life with a bathroom. He also connected with his friend, trumpeter Bix Beiderbecke.

Andie Schumm was born in Chicago. He resembles photos of Biederbecke, wearing a bow tie and with his hair center parted, which sets the 1920s period scene. He played clarinet expressively, with notes drawn out and tremulous before switching easily to trumpet using wah-wah and plunger mutes. The sound was exactly in period, emphasizing solos and fast tempi.

Drummer Hal Smith replicated the Chicago sound too, muting the crash cymbal with one hand while hitting it hard with a stick. With rim shots, wood block and cowbell accents, he only used brushes most of the time, hustling the tempo along. He also used an authentic bock-a-da-bock, the onomatopoeic name for a small cymbal, hand held on a stick. Together, they played an exceptional version of Jelly Roll Morton's"Sweet Substitute."

The music may be over 100 years old now, but it still swings along joyously.

In a rare club performance, Noel Freidline played piano duets with Martin Lesch Friday 24th and John Brackett on Saturday 25th November, 2017. It was unusual to see two grand pianos on a jazz club stage. Both nights were exciting as the pianos interlaced and improvised around the Beatles' "Hey, Jude," the Fats Waller classic "Ain't Misbehavin," and an array of other great tunes. Both musicians broke into song through the evening and made this a night to remember. As they hit a double time section, a veritable cascade of notes rolled down off the stage.

Martin Lesch plays piano with his Monday night band at The Jazz Corner in a series he named a Journey through Jazz. It's a varying performance, a progression through the music to give patrons a taste of the styles in different eras. John Bracket plays piano with his quartet at Redfish restaurant on Hilton Head Island, featuring bossa nova, jazz, and smooth Latin music.

Catching up with Noel at sound check, he revealed he was recently Musical Director and arranger responsible for illustrating a speech by Oscar, Grammy and Tony award winning lyricist, Sir Tim Rice. Sir Tim collaborated with Sir Andrew Lloyd-Webber on musicals in London and New York City, notably Joseph and the Amazing Technicolor Dreamcoat featuring the popular tune "I Don't Know How to Love Him," Jesus Christ Superstar which included "Any Dream Will Do" and Evita with the famous "Don't Cry for Me, Argentina" and "You Must Love Me." He also wrote lyrics for Abba, Sir Elton John, Disney and Dreamworks productions. Noel bought together his favorite musicians and singers to honor the great lyricist. Audiences in Charlotte, NC see Noel Freidline at sold-out first-Friday performances at The Bechtler Museum of Modern Art.

Kevin Bales' Centennial Blues Band lit up the Jazz Corner on Saturday November 19th. Billy Thornton literally played the bass into the ground when the endpin collapsed as he moved around picking pizzicato and bowing arco; Marlon Patton was fast and inventive on drums; Rick Loller played 6-string blues guitar and sang a great version of the Ray Charles song "You don't know me." Kevin Bales is in a jazz pianist class of his own, building tempo changes, playing melody left handed, crossing hands in the beautiful mid-section of George Gershwin's "Rhapsody in Blue" and a little-heard Duke Ellington tune "Old Man Blues."

It's always a delight to hear this level of musicianship and watch the players smile across the stage at each other complimenting and recognizing some great solo improvisations.

The Joshua Bowlus Trio played the music of Ahmad Jamal at The Jazz Corner, Hilton Head on Friday November 10th. A balanced trio with each musician comfortable in their role is such a classic jazz set up. Joshua played piano, Ricki Ravello carried the bass line and Ben Atkins gave a sharp performance on drums. The trio gave a truly surprising version of "Surrey with the Fringe on Top" and were well received by an attentive audience on both Friday and Saturday nights.

Joshua studied with Kevin Bales at the University of North Florida and still lives in Jacksonville. His style, inventiveness and spontaneity are remarkable.