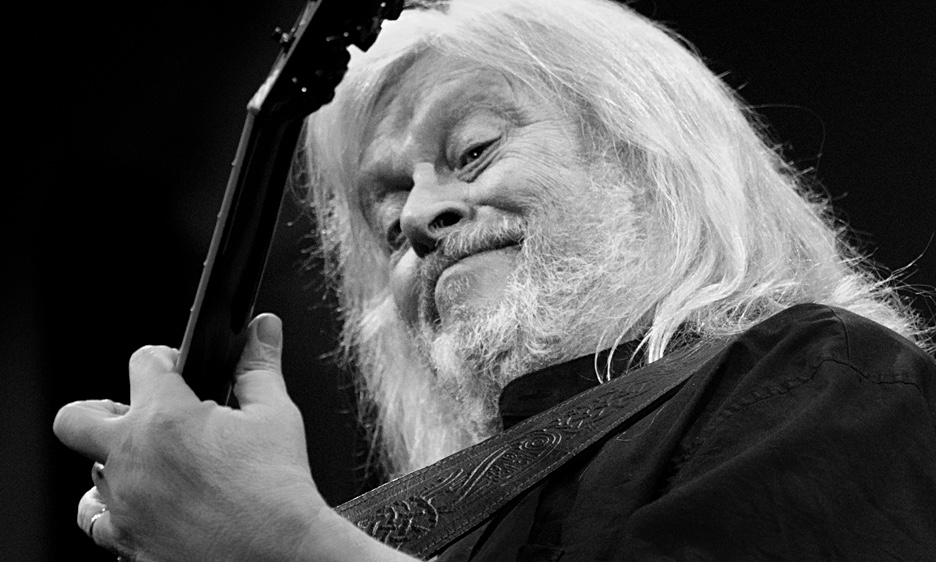 Thomas Truax is an American one-man-band, a New Yorker residing in London, an oddball crooner, a nervy troubadour, and an inventor of visually and sonically imaginative musical instruments. Over the last decade, he's been a regular tourer around the UK and beyond, carving out a circuit of individualist venues to suit his individualist songs. Truax usually wears a suit, coming across as a huckster, selling his latest restorative potion, snakeoil for his audiences to swig. Except that the tunes presented have their own studied naivety, on the same rails with a sinister off-kilter eeriness. Most of Truax's catalogue is available via his own Psycho Teddy Records.

The Fulford Arms is a dedicated music haunt, offering gigs every night it's open, a public house with no back room or upstairs gallery: the night's crowd has no possible escape from the acts on show, so folks usually roll up because they want to hear bands play.

Truax has a lot of equipment that appears as though it's been lurking in a creepy antique shop, except that it's also futuristic-looking, even if it's the future as found in 1950s (or earlier) pulp magazines, or pulp movies. It had been a while since Truax's last run of dates, and this show was close to the beginning of a fresh tour. He had a few teething troubles with some of the steampunk mechanics, and was a touch out of shape with his real-time, live onstage tinkering. As a solo performer, it's quite a feat to get all that cranky equipment running in well-oiled fashion. This actually magnified the quirky qualities of Truax's presentation, pushing him towards some resourceful banter with the reasonable-sized gathering, who were mostly seated at tables this time around. Everyone is getting steadily older.

Truax sings each song, sometimes with a trusty acoustic guitar, but often with his Mother Superior, Hornicator and Stringaling instruments, which involve rickety wheel-spoke percussion and tubular vocal perversion with vibrating string attachment. Highlights included a.) when Truax actually fell over, tripping off the mist-shrouded low stage, flat on the floorboards. At first it looked like a serious landing, and then we all guffawed, and b.) when he sung "Full Moon Over Wowtown," his old favourite from way back in 2002, completely acoustic, leading a charge upstairs into the 'dressing room,' and then somehow emerging on the front Fulford Road, with the crowd gathered around him for this extended rendition. It's his most catchy number, of course!

Chris Smither is another kind of American troubadour, of the more traditional sort, planted in the blues form, but devoted to penning original material, ears also open to country, jazz and rock'n'roll. Pocklington is a village to the east of York, its Arts Centre booking a host of significant acts that invariably sell-out its intimate theatre.

Smither was on tour with opening act The Suitcase Junket, otherwise known as Matt Lorenz, yet another American one-man-band. Again, the blues is his backdrop, but Lorenz also injects an unhealthy amount of his own doctorings, including some dastardly distorted slide guitar and a spooky manifestation of the Mongolian khoomei, or throat-singing technique. His suitcase keeps the load contained, having a percussive use beyond its intended purpose, and he sits on said container, surrounded by a small array of metal pans and hi-hat. Lorenz also sports a profoundly extended and twizzled, waxed moustache, but this has no sonic role, as far as we can discern.

Lorenz sang into his axe's soundbox aperture, a hollerin' introduction, with tonally matching feedback ring, well-handled by the venue's new slimline pa speakers, tiny yet powerful. He whistled, like the wind blowing around an empty bathtub. When he gradually introduced the throat overtones, the whistling existed on another level, matching surprisingly well with the blues. The Junket's only problem is the trad-rawk inflection of some songs, but the next number always seemed to arrive from down a more avant-songster road, confounding expectations, rectifying any doubt with a strong burst of bottleneck fuzz, reminiscent of Homesick James in his dirty prime.

Smither had a hard act to follow, so it took the audience a short while to settle down into his subtler vision, to bathe in his wry, warming, amber-glow songwriting language. "He's been upstaging me for weeks, now..." he jokingly grumped. Smither described "Nobody Here" (from 2018's Call Me Lucky album) as a "Gimme Shelter" for the 21st Century, delicately bending guitar notes, picking out lower basslines alongside his higher flourishes. Smither is quite a spry-looking, sharp talkin' 74-year-old, describing this homeless tale. It's a no-help song, and ultimately with no one home at the White House, its writer muses. Nifty lines glide by, with communication breakdown encapsulated, as Smither tapped out a soft shoe time via his floor-level microphone. He tossed in Chuck Berry's "Maybellene," in a minor key, almost becoming a new song. The Suitcase Junket was invited back onstage to play along: "You're not going to do any of that weird shit, are you?" Smither checked. Lorenz provided some smokin' slide licks, getting into "She Said, She Said" (The Beatles), as part of the meaningful covers section of the set, with Junket providing harmony vocals and secondary guitar shading and shadowing, in a deeper tone. The evening flew higher with a ballad reading of "Sittin' On Top Of The World," again transforming an old chestnut, topping off this shining night with an encore of Blind Willie McTell's "Statesboro Blues."

English folkster Phil Beer is best known as half of the long-running duo Show Of Hands, one of the most popular acts on the circuit. His cohort Steve Knightley is on the road for much of the time as well, the pair doubtless needing regular breaks from each other, to maintain their freshness. The pair's solo performing methods are quite similar, involving those sturdy folk devices of songs being interspersed with stories, with much humour ladled over the yarn-spinning. Beer excels at this practice, his facility on several instruments aiding the liveliness, although his mandolin was left propped up on its stand for the two-set duration, left untouched, in the end. Acoustic guitar is Beer's primary tool, an axe on loan for this tour. He tabulated 34 guitars and two marriages as his confirmed history. Beer should choose fiddle more often, as the tunes he played on this instrument were amongst the night's best selections.

The first set opened with "Feeling Lazy," not a song that augured well for the night's entertainment, this ode to bedsores. A Roman road fantasy followed, in the shape of "Cold Frontier," as Beer lapped up the NCEM's converted church acoustic properties, soloing expressively on violin. There was an 'encore' within a song, as he forgot to include a crucial verse, then he continued with numbers by Les Barker, Davey Graham and Blind Willie Johnson, the latter involving his fanciest guitar playing of the gig. "The Blind Fiddler" (a Show Of Hands chestnut) was a climactic highlight, followed by Knightley's "Exile," the song that effectively formed the duo's existence.

As part of the HISS 10th anniversary celebrations, this multi-speaker electroacoustic gig gathered together a creaming of the Huddersfield Immersive Sound System's output. Apparently the array was supplemented by some items off the York speaker stacks, but these were presumably in keeping with the University Of Huddersfield's own equipment. HISS is central to the Huddersfield Contemporary Music Festival and its smaller sibling, the Electric Spring festival. HISS is described as a 'loudspeaker orchestra,' but many of their older composers are now scattered around the globe, so it was their Canadian coordinator Professor Pierre Alexandre Tremblay, who diffused most of the works on the mixing console.

The preferred way of experiencing an electroacoustic performance is to close the peepers, fully relishing the placement and motion of sculpted sound, as it travels (crawls, jolts, seeps, sprouts or swooshes) around the vari-sized and vari-toned loudspeakers. Unless, of course, a live performer is included in the piece, and even then, orb-opening is not compulsory. As Tremblay was the key diffuser, there wasn't much visual action in-between the compositions, and the Rymer Auditorium was plunged into extreme darkness anyway.

As the nine pieces unspooled (or undrive-ed), many of them turned out to be well inside the school of spatial thought that has dominated this music for at least the last four decades. This is not to say that these structures have lost their compelling character. However, the best works were those that stepped sideways, into drone-textures (Gerard Roma's "White Goods"), or harsh, percussive edges derived from dance music (Tadej Drolic's "Singing Sand"), or the radically isolated orchid-explosions of one particular number (by Olivier Pasquet), sensitively arranged so that they manifested in surprise locations every time, catching out the listener's ears.

The Chimera Ensemble
The University Of York
March 1, 2019

The University's in-house new music group presented a compact programme of five works, manifesting in various sized permutations. The Italian composer Sara Caneva's "Dish To Disk, To Dash" employed eight players, plus a conductor, with bowed bass and percussion to begin, along with interior piano action. Reedsman James Redelinghuys also had a plastic tube wrapped around his neck, going into his mouth, as the strafed violin and cello lent a Bernard Herrmann drama. Shrill cries issued from tenor saxophone and bass clarinet, piano keys were dampened, whilst vibraphone and upright bass made isolated sounds. An aura of fear pervaded, a clenched tension with detailed events, undergoing flow motion, bold and direct. The playing, and the piece, were confident and aggressive, finely formed for an attacking posture.

The Estonian Helena Tulve's "I Am A River" was performed by 12 singers, skirting their perimeter with sighs and breathy swoops, part traditional church choral and part moderne post-Stockhausen, using the text of a Rumi poem. The Canadian Nicole Lizée's "Another Living Soul" was for string quartet (originally commissioned by Kronos), but the players carried a sack of extra items, including more plastic tubes, whirled in the old-fashioned free improviser's way. The tonalities seemed to sprout from Scandinavian folk regions, but there were a few distractions with unplanned chair-scrapes and a dropped chin-cushion. The string sweeps had human voices in sympathy, and foot-stamps, plus a section where the quartet bowed with plastic pipes (paired toy groan tubes), and each of them had a hotel reception bell at their feet. These additions managed to be integrated well into the sonic spread, rather than being actively distracting, ending up as imaginative extensions rather than annoying novelties.

The longer closing work, "Falling Angel" (originally commissioned by the Birmingham Contemporary Music Group) by Tansy Davies (a local Brit!), reprised the energised complexity and condensed dynamism of the evening's opening piece, but took that vocabulary even further. The Ensemble was at its largest, with 17 players and a conductor, loaded with a spiky busyness, making curt fanfares and agitated flurries. There were mad clavinet sounds and loud marimba strikes, adding to the exciting rush of exaggerated invention.