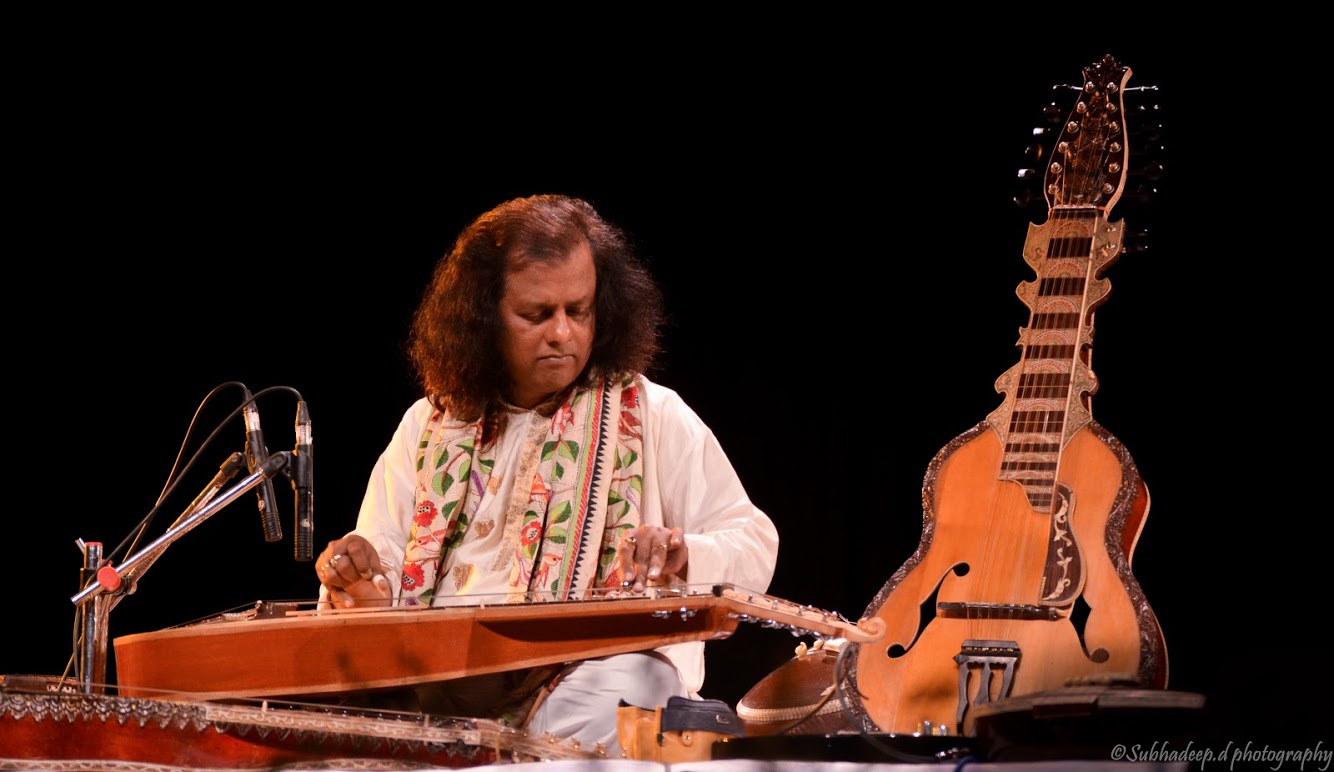 The Arx Duo performed "The Harmonic Canon," composed by Dominic Murcott, to celebrate its release on the Nonclassical label. The main instrument used by Mari Yosinaga and Garrett Arney is a half-tonne heavy duty metal bell, conjoined into double-trouble form.

First there was a new work by Heather Stephenson, played by its composer/percussionist, using tiny seed-shakers, the audience providing stomach gurgles, and your scribe's quill making scratchy sounds on its parchment. Breathing sounded loud. Stephenson scraped and brushed her wooden blocks, amidst distant traffic rumble. This was an environmental piece, but the mallets on wood gradually intensified, blurred, seeming to vibrate against the stone walls, and the stained glass of this converted church. Some wood was loose on its resting-place, as spiky brushes made a singing sound, once everything quieted down again. If this work was almost performance art, then the main composition was set to be so on an even grander scale.

The huge bell-monster provided a centrepiece, but "The Harmonic Canon" opened with vibraphone, making a transition to cymbals, the duo eventually rubbing the heavy metal with tiny knobhead sticks. There were ear-illusions over the sonic source, acoustic tricks played regarding location. The second side of this virtual LP was emphatically more cacophonous, beginning with a fluffy mallet strike, then a metallophone rippling. A humping resonance just wouldn't cease, and gamelan comparisons were unavoidable. Yosinaga periodically struck the big bell to keep its sustain hovering, and we just knew that the duo would get crazed at the climax, releasing the full power of the smelt, both striking the exterior vigorously with their sticks. This was, of course, music, but it was also performance art, as well as ambient investigation and meditational ritual. The success of this gig needed everything surrounding, using the space, requiring the expected physical responses of the interior ears and bodies of the audience.

Duncan Honeybourne played A Hundred Years Of British Piano Miniatures at 1pm. His selection of 11 'neglected' pieces revolved around the pastoral, the visual, and the narrative, with brevity prompting concentrated attention, like a tasting menu. Most of the works were mainline, yet lent added interest through unfamiliarity, with Howard Skempton being the most known composer included. Arthur Butterworth's "Lakeland Summer Nights" couldn't avoid telling tales of the weather, in its three fleeting parts ("Evening," "Rain," "Night Sky"). David Power provided the most compelling work, with "Eight Miniatures," composed between 1998 and 2001, with its shunts of unpredictable natures, its stops, rests and pauses, followed by a forceful racing.

At 7.30pm, the Dr. K Sextet made a return visit to this Late Music series, with a programme dedicated to the legacy of the recently departed composer Oliver Knussen. David Lancaster's "Strike" had an impressive concluding disintegration, then Philippe Hurel's "Loops IV" was a solo work for marimba, with a suitably repeating nature. Stef Conner offered a stark, dark world, with a dramatically hard-edged mournfulness, Ilze Ikse creating a compelling flute riff, whilst Joseph Richards explored a deep gong resonance. There were three movements from "The Sound Of Gesture," by Stevie Wishart, who has a significant history in the realms of free improvisation. Flute and violin opened, with staggered phrases, then there was solo violin with laptop extensions, rather than loop pedals, with pizzicato fingerings, an improvisation delineated in moderne classical form. It concluded with the complete six-piece, making mordant strokes.

Derek Gripper opened the proceedings with his accustomed transference of the West African kora repertoire to his acoustic guitar, making a return visit to the NCEM. Sitting in his socks, on a cushion, he was communing with the spirit of the evening, when Debashish Bhattacharya would present his variations on the Indian classical music heritage. Indeed, this master of the self-crafted slide guitar soon joined the South African Gripper for a musical conversation, placing his much elaborated axe flat on his lap. It wasn't quite clear where the pair resided, stylistically, as they formulated a joint language, secretly combining several traditions to create something new. Gripper made a few Indian-sounding flourishes, but the actual melodies sounded like they flew in from some generally amorphous folkland. Gripper then introduced a few Malian licks, and the second number went on to play with flamenco tonalities. Bhattacharya scurried, then floated, letting his decaying resonances hang, decisively taking the lead on the soloing front. Eventually it became a Mali vs. India tussle..!

For the second set, Bhattacharya played his accustomed repertoire, partnered by tabla player Tanmoy Bose, making some energised exchanges before singer Anandi Bhattacharya swept on, to perform a few songs from her debut album. When all three artists were clicking together, the nuances were flying in tandem, Anandi having a very precise enunciation to her high-speed phrases, almost sounding like a violin rather than a vocalist. She enjoyed a frank dialogue with her father, as the pair mock-argued, derailing the usual poised dignity of a typical Indian classical recital. This trio performed with more of a jazz, or even rock sensibility, Anandi having hyper- control over her voice, modulating with exactness.