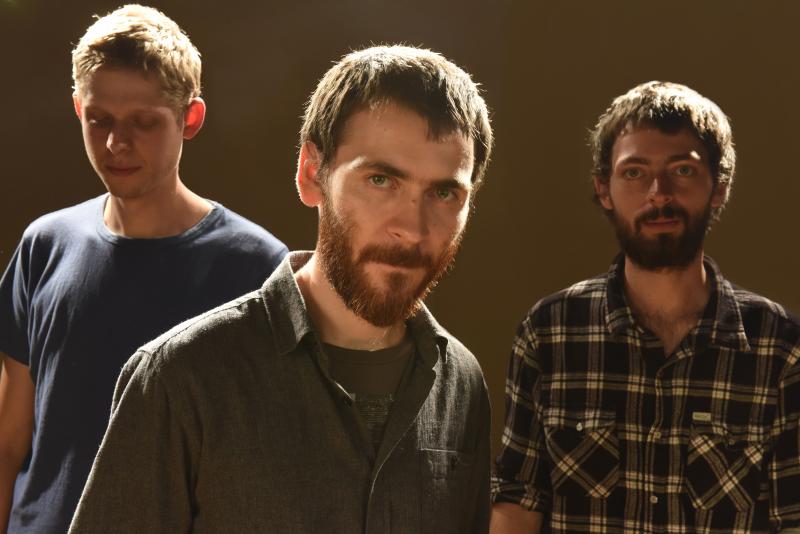 Shockingly, this regular club at Solihull British Legion, so accustomed to traditional New Orleans trotters, had booked a band that specialises in jazz from a slightly later time period. Precedents already existed, though, and the regulars have occasionally been sighted dancing to bebop and swing numbers. Of course, it's completely outrageous to ignore the fact that saxophonists such as Lester Young and Gerry Mulligan are themselves deeply established traditional players, now that we're around 70 or 80 years down the line. Nevertheless, it seems that reedsman Richard Exall (who commented on this) was responding to an isolated remark made during the interval. The majority of the crowd were enthusiastically applauding the wide-ranging songbook, even if the dancefloor was somewhat sparser than usual throughout this early afternoon session.

Exall and co-leader Amy Roberts are atypical youngsters on the old school scene, and only bassman Bill Coleman was representing the accustomed generation for such a retro combo. This time out, he'd brought out his electric axe, but only due to a vehicle malfunction. Locally-living pianist Dave Ferris looks even younger than the bandleaders, and has been making his presence felt on Birmingham's more modernised, electrified scene, not least with his organ trio Three Step Manoeuvre. It turns out that he's an old colleague of Roberts, both of them having been sprouted down in Cornwall. The line-up was completed by the ubiquitous sticksman Nick Millward.

Roberts has been gigging with Chris Barber for the last four years, and is also playing with the Magnificent 7 Jazz Band, alongside Exall. Barber himself has always enjoyed mixing up the jazz/blues styles, and the Roberts/Exall repertoire shimmies from mainstream jazz to Latin, and from r'n'b to classic show tunes. They have a current fetish for keening altoman Earl Bostic, proffering three of his old numbers during their two sets, not least the evocative "Harlem Nocturne." In a similar spirit, they took Louis Jordan's "Is You Is Or Is You Ain't My Baby?" at a slower-than-usual pace, savouring its feel. Exall's tone on both alto and tenor leans towards the hard side, perhaps exaggerated by the p.a. speakers. Roberts mostly blows flute, but frequently flits to clarinet or alto saxophone. She sported a sober suit, but with odd-coloured Doc Martens, one electric pink, the other powder blue.

Most of the numbers were vigorous chasers, a robust rush of solos flashing past, as horns or flute changed hands with almost equal speed. Gershwin's "Lady Be Good" was given flute life, Exall sung the Jordan tune, then the band's substantial Latin focus led, adventurously, to Dizzy Gillespie's "Tanga." Louis Armstrong's "Black And Blue" was given an instrumental reading, with clarinet and tenor saxophone solos, and the second set opened with "Night Train," after the Bostic fashion, ruggedly rolling. A more traddy excursion was taken via "The Sheik Of Araby," with some twin-clarinet action, then Roberts gave one of her best flute solos during the John Kirby arrangement of Chopin's "Minute Waltz," with some fast-fluttering staccato phrases. The band headed for the climax with "Lester Leaps In," managing to hurl in solos on clarinet, alto and tenor, between them, topped by a lightning exchange with Millward's drums. The encore took the feel down to a glide, with twinned clarinets creaming through "Creole Love Call," closing up a pair of sets that had skipped around several schools of jazz composition, always traditional, but in markedly different modes.

The long established fortnightly Fizzle session is dedicated to improvised music, convened in the back room of The Lamp Tavern, which lies in the back street borderland with industrial Digbeth. As this gig gathered its fierce energies, a small cluster of regulars from the front room were lurking outside the door, curious about the strange sonic practices heard within. Unlike the old days, where a 7-strong audience would be deemed a successful door-take, this evening has lately been packing the admittedly small chamber with bodies, an unusually young crowd, folks who are just beginning their journey into the realms of free playing. Local saxophonist Bruce Coates ran his own session, Frimp, for many years, and is a key presence on the Birmingham improvising scene. For this gig, he was joined by bassist John Edwards and percussionist Mark Sanders, a pair of players who have a broader international presence.

The opening duo set was well worth arriving early for, featuring an intimate meeting between violinist Richard Scott and alto saxophonist Tapiwa Svosve. With both players unamplified, Scott's scratchy feints were much quieter than Svosve's still-dampened scuttling, but this created an intriguing dynamic between the two, as the latter ranged from targeted blasts to tubular-cluck fingerings. Very much in thrall to the likes of John Butcher and Evan Parker, or across the Atlantic, John Zorn and Anthony Braxton, Svosve prompted the notion that the vocabulary of freedom has long been established, and that players can slip inside the form's conventions. This didn't prevent the altoman's playing from being gripping, but Scott had more of an individual voice, almost studiously avoiding playing the violin in anything like the 'proper' fashion. Instead, he was lightly bowing the head or the base of the strings, or using light sticks to rattle with sensitivity.

When the main trio leapt in, their sound was noticeably operating on a higher plateau of volume, thrust, passion and panic. Which explains their position in the improvising pantheon of power. Similar traits can be discerned, but the trio operate in a blur of what seems like naked primitivist instinct. Sanders and Edwards are frequently coupled, so their rapport is particularly striking, especially when they engaged in a section together, Coates biding his time for a re-entry. Sanders repeatedly struck a tiny cymbal atop his gong with savage swiftness, then alternated between raps on a tiny handheld drumhead and a low rumble-crump lunge to his main kit. Edwards beat his bass to raw pulp, manhandling both strings and body, grunting in shamanic release. Coates stippled with intensity on his sopranino saxophone, moved to soprano and ended up with a weightier blow-out on alto. The extended piece moved through the expected sequences of aggressively blooded explosiveness and inwardly poking ponderment, but not in any predictable ways, the dynamic shifts often made in gradual motion, so that the audience suddenly realised that the landscape had altered.

Even though these two trios operate a musical language that has been growing steadily during the last decade, they each adopt divergent practices, adding to the gestural gene pool. Could it all have started with Sweden's e.s.t? Or, in the UK, with Neil Cowley? Maybe there are touches of The Bad Plus, or Phronesis. It's a certain kind of pumped up, grandiose manifestation of compositional intricacy, quite difficult to stamp with a brand, but we all sort of know what's expected of this line-up, this generation within jazz. For starters, these trios pulled a voluminous crowd that's more in keeping with what a popular rock combo would draw, and a younger spread, to boot. Marketing, promotion and streaming habits can be puzzling beasts. So Mammal Hands supported GoGo Penguins, received with equal enthusiasm from the human punters. It almost seemed like a bona fide double bill.

The Mammalian line-up is brothers Jordan Smart (saxophones), Nick Smart (piano) and Jesse Barrett (drums), who met up whilst busking around Norwich, only three years back. They were soon signed up to Gondwana, the Manchester record label, which is also the home of the Penguins. It took a few numbers for the Hands to weave their spell, starting out much akin to some of the combos listed above, but with their cyclic, snaking melodies growing more individuality, particularly as the saxophone curled breathily around the thick legs of the structures. A pulsing repetition seduced gradually, full of emotional keening, working for a steady ascension.

Manchester's GoGo Penguin (also formed in 2012) sounded more conventional immediately afterwards, although this is a comparative term. Their sound is more pugilistically inclined, with a bludgeoning, woolly mammoth bass throb that flung Nick Blacka's acoustic upright into a dub-heavy dominance. He spent some time at the start wrestling with unruly bass strings, but everything settled down eventually, and the trio could boot into their skittering acoustic impersonation of electronic dance music. Pianist Chris Illingworth and drummer Rob Turner added to the character of slightly-too-slick patterning, as if the threesome have unavoidably spent too much time hammering away at the pieces, almost playing them too well, chipping off any spiky anomalies. Ultimately, both acts delivered sets which combined hard muscled repeats with cerebral acrobatics, and once all stylistic conventions had been swallowed, it was easy to admire this strong combination of jazz's growing sub-genre of advanced piano trios, with the mammals for once actually being further along the evolutionary line than the penguins.