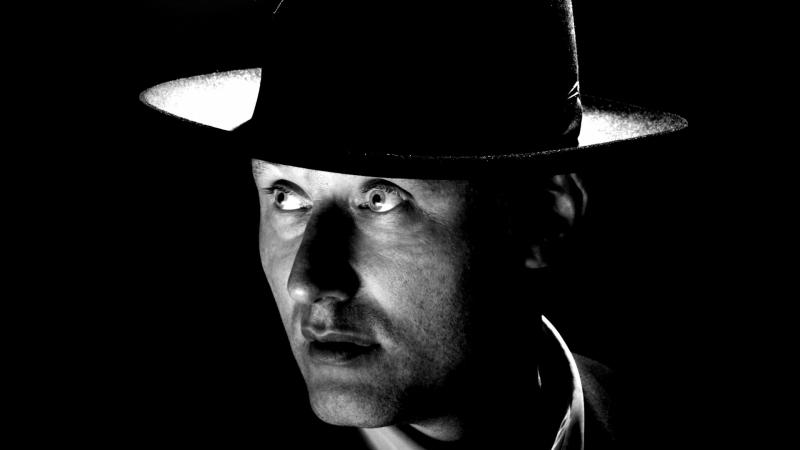 The blues has a youthful future, across both sides of the Atlantic. Singer and guitarist Laurence Jones is the latest upstart to stir the UK scene, possessing a very 1960s sensibility, as if he's a throwback to the scene of Jimi Hendrix, John Mayall, Cream and The Yardbirds. This isn't to say that Joe Bonamassa hasn't made a mark on the Jones approach, but those older artists certainly represent his core historic values. Jones started out really young, and three or four years later he's still in his early twenties, and can be counted as relatively local, dwelling not too far away in Stratford-upon-Avon. He was ostensibly the opener, but Jones had already amassed a substantial gathering down at the front of the stage, his following growing noticeably each time he visits The Robin. The power trio was completed by local Birmingham bassist Roger Inniss and Stateside sticksman Go-Go Ray. Jones has all the showbiz tricks at his fingertips, but could use some more individuality, and more independent thought. He's still playing the Hendrix version of "All Around The Watchtower," when he could at least select one of the many Jimi alternatives, lesser-known but still majestic. Also, Jones favours a slightly muted, bass-loaded tone, which tends to remove the edge from his solos.

During the interval, Jones was presented with the 2015 British Blues Award for Young Artist Of The Year. Completing this Ruf Records Double Trouble tour date, singer/guitarist Samantha Fish (slightly older, at 26) employed the same Jones rhythm duo for her own set, hiking the intensity to a much higher level. The trio on this tour is an amalgamation of each artist's regular outfits, Inniss coming with Jones, and Ray imported by the Kansas City Fish. She's already up to her third album, this latest produced by Luther Dickinson, of the North Mississippi All-Stars. It's immediately apparent how superior her axe-sound is, infused with trebly twang, subject to sensitive note-bendings and guitar body-wobbles, a bottleneck in place for much of the time, as she squeals out tangled phrases. Perfectly timed for variety, Fish's acoustic guitar section featured a Charley Patton song, and then she displayed similarly good taste with a reading of "I Put A Spell On You," courtesy of Screamin' Jay Hawkins. Despite all of this guitar talk, and accepting the strengths of her playing, it's Fish's vocal prowess that strikes even more, bizarrely sounding closer to a country holler than a blues howl, full of trauma and heartbreak, and we're talking country'n'western, not just country blues. She also has an infusion of soul sensibility which makes for a rather unusual blend, full of outside traits. For the extended encore, Fish chose her primitivist cigar box geetar, Jones returned, and the pair each fronted a number, changing the emphasis on each song, and also wearing each other's tour t-shirts, By this time, the Bilston crowd were getting pretty rabid, just like this Wednesday was a Saturday night, and quite justifiably so, given the energies being transmitted from the stage.

Ultra-subterranean bassman Jah Wobble forged his reputation as a member of Public Image Ltd., his first monumental achievement being the low-end contribution to their extremely innovative Metal Box triple-vinyl set (Virgin, 1979). Very soon after that he began concentrating on his own multi-manifestation career, adopting several band personas, as well as collaborating with artists such as Brian Eno, Bill Laswell, and several members of the pioneering German combo Can. Invaders Of The Heart have always traditionally been inclined towards global adventuring, incorporating variegated ethnic elements, filtered through the pan-cultural Wobble clan. For this incarnation, the tilt was more towards being a general house band for all of Wobble's highly varied back catalogue, geared up towards picking out material from his recent Redux six disc boxed set (Cherry Red, 2015).

Compared to earlier versions of this band, the line-up was stripped down to a basic drum, guitar and keyboards formation, with a fifth member providing exotic electronic trimmings, possibly including live sampling of his colleagues. Wobble opened with "Socialist" and closed with "Poptones," both out of the Metal Box, representing the darker tunes, but the rest of the set romped around over completely contrasting material, including the ska classic "Liquidator" (Harry J. All-Stars), the theme to the Midnight Cowboy movie (John Barry), and his own "Visions Of You" and "Becoming More Like God." The band of mostly younger players forged an intuitive bond, even if they couldn't match their leader's individuality or sonic dominance. No complaints about this, as Wobble's sinuous basslines, frilled with fleet fingering, as well as oleaginous single-mindedness, are the qualities that suck in the audience, for most of the duration. Wobble mashed together hardcore musicianly odysseys with stand-up comedy and anecdotal absurdities, combining as he does, the high-vaulting and the low-creeping, depending upon which way up the consumer is standing. Sadly, the attendance wasn't as bountiful as Wobble deserved, but the crowd held enough mass to ensure that this gig possessed a resonant atmosphere as well as sterling musical content.

The Magic Band come incredibly close to the authentic Captain Beefheart experience, now that he's departed, and before that, when he'd retired from making music. Their vital member is John 'Drumbo' French, the band's original drummer from the initial late-1960s period (rejoining towards the end of Don Van Vliet's musical phase, in the late 1970s). Nowadays, Drumbo directly tackles the Beefheart role, managing a very close vocal impersonation, as well as blowing a mean harmonica and an abstract soprano saxophone. He also revisits the old drumkit at the start of the outfit's second set, demonstrating a completely unique percussive style. The latest sticksman, young Andrew Niven, plays well throughout the set's bulk, but can't possibly match Drumbo for odd-rhythm primacy.

This tour marks a new stage in the Magic Band evolution, as a recent heart bypass operation has forced original bassman Rockette Morton to stay at home (well, he missed Beefheart's first two albums, but was onboard for Trout Mask Replica onwards). With typical Magic Band quirkiness, Morton's replacement is Brian Havey, who apes the basslines on his keyboard. Havey's presence also allows mimicry of marimba and trombone parts that are so important to some of Beefheart's later songs. Regular guitarist Eric Klerks also provides occasional bass runs, freeing up Havey during those patches. Old hand axeman Denny Walley also departed recently, and has been replaced by Max Kutner, to maintain the bottleneck jousting tradition.

As a result, this Bilston show found the Magic Band even further removed from their wellspring, but as long as Drumbo remains such a key, dominant presence, their followers need not be concerned overmuch. Indeed, a taste for improvisation and change has been satisfied, notably when Klerks and Kutner duelled during "When It Blows Its Stacks," taking their guitars into an almost math rock zone, updating the vocabulary with trembling howls and acidicly angular riffs. As ever, Trout Mask Replica and Clear Spot provide many of the song highlights, with "Moonlight On Vermont" and "Low Yo-Yo Stuff" ripping up the joint. However, there's a strong representation from the early, bluesier albums, as well as from the Shiny Beast (Bat Chain Puller) sessions. This meant that we headbanged (in a maxi-complicated manner) to "Tropical Hot Dog Night" and "Suction Prints," the latter showcasing the rest of the combo, while Drumbo took a break, proving how impressive they are even without his compulsive frontal presence.

The encore featured a surprise choice in the early "Glider," surely one of Beefheart's least-known songs, followed by "Big Eyed Beans From Venus," which always seems somehow overrated in the canon, the populist choice. It remains a powerful ditty, though, not least due to the attacking drum build-ups, handled well by Niven. It's an oddly classical music experience, akin to witnessing similar performances by Frank Zappa interpreters. The music is infused with the spirit of spontaneity, but it's the spontaneity of decades past, and we might complain if too many changes were made. The pieces are invariably so involved with dynamic detail that a typical Beefheart acolyte is desiring an experience that trips those switches. "Electricity" would be a fine example. We were sated all night long, with a substantial two-set epic. Yes, Beefheart's music glories up at the creamier tip of the last hundred-year output.