By SAMUEL CHELL
September 25, 2005
Sign in to view read count 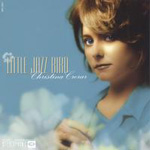 These days there's hardly a shortage of aspiring female songbirds or recordings that document their efforts. What's rare is to come upon an artist with as much talent and taste as Christina Crerar and an album as carefully conceived, produced, and executed as this one.

Little Jazz Bird soars above most other debuts because Crerar puts her material and musicians first, trusting them not only to showcase her considerable talents but also to carry their share of the musical load (pianist Robert Redd, for example, is a major player who is awarded solo space commensurate with his skills). The program itself is a happy inspiration, a mix of the tried and true with the rare and new. Crerar has a way of making unjustly neglected tunes like "Little Jazz Bird" and "If Yesterday Could Be Tomorrow" sound like familiar, welcome old friends—while chestnuts like "But Not for Me" and "Spring Will Be a Little Late This Year" are transplanted to fertile new ground, receiving fresh yet handsome harmonic facelifts from arranger Alan Blaylock.

It's a varied, ambitious, and generous program, and Crerar owns every bit of it. Her tones are pitch perfect and her pronunciation pellucid. Her vocal placement is high and forward, ensuring light, unforced phrasing on a dazzler like "Down With Love," on which she deftly alternates the tongue-twisting syllables of the lyric with a spirited scat chorus. For me the most head-spinning moment on the session is a vocalese unison chorus featuring Crerar and trombonist Jim McCalls—it's as melodically inventive as it is sonically surprising.

For listeners who care about such things, Crerar can evince memories of vocalists such as Nancy Lamott, Blossom Dearie, Jackie Cain, and even Peggy Lee, given the addition of a saucy "Hallelujah I Love Him So." And there's the undeniable genial spirit of Nat Cole, especially with the inclusion of a couple of his more engaging songs. But though she obviously knows the tradition, she's also had time to make friends with a muse that is distinctly her own—personal, infectious, vibrant, and playful, but never at the expense of the material. The arrangements are as varied as the program, providing accompaniment as spare as an acoustic bass and as full as a tightly-orchestrated swing ensemble. Finally, the production values are first-rate, from the crystalline audio quality and judicious mix to the arresting azure visuals of the insert.

In sum, we can only hope for a sequel soon. Perhaps a debut this perfect leaves room for a more casual approach next time. Playing on the ornithological theme, why not a vocal transcription of Coltrane's "Lazy Bird" or Tad Dameron's "Lady Bird"?

Little Jazz Bird; Thou Swell; Occasional Man; If Yesterday Could Only Be Tomorrow; But Not For Me; Solid Potato Salad; Down With Love; You'd Be So Nice To Come Home To; No Moon At All; Hershey Bar; Hallelujah, I Love Him So; Waters of March; Give Me The Simple Life; Spring Will Be A Little Late This Year.