By GREG SIMMONS
September 1, 2011
Sign in to view read count 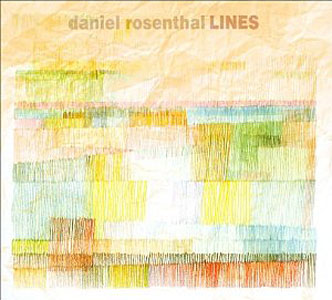 Lines, Daniel Rosenthal's debut as a leader, is a soft-spoken little album with an unusual instrumental mix and inventive tunes. The Boston trumpeter, a five-year veteran of the Either/Orchestra, offers stripped-down arrangements with the periodic inclusion of the banjo to spice things up.

With the exception of two Thelonious Monk tunes, Rosenthal is responsible for all of the music on Lines. The feel is loose and conversational, with improvisational duties largely swapped between Rosenthal and alto saxophonist Rick Stone (Guitar). Banjoist Wes Corbett appears on four tracks, comping like a guitar, but with his instrument's plucky metallic sound adding a distinct sonic texture. Misapplied in jazz, the banjo risks sounding gimmicky, or worse, like an outtake from the soundtrack to Deliverance (1972). Rosenthal and Corbett avoid that fate completely, using the banjo like a piano or guitar in a rhythm section, with chorded comps and delicate fill lines. The sound of the instrument is a little disconcerting at first, but initial misgivings dissolve quickly when it becomes apparent that the banjo is musically integral.

Rosenthal's compositions are really solid. "Wedding Waltz" opens with a horn/banjo invocation, before drummer Austin McMahon enters at a slow trot. The melody, dispensed in a measured, relaxed voice that matches the tempo, is simple and pretty. Kendall Eddy's laconic bass reinforces the rhythm with simple plucked lines, and the banjo adds a touch of summer in the country.

Lines swings hardest on Monk's "Skippy," with the trumpet and alto doubling up the jagged melody before trading improvisations. The horns have the chops to nail this complex piece, but even on this solid bebopper, Rosenthal and Stone's consistent delivery integrates gracefully with the rest of the album.

Lines was recorded with minimal baffling between the instruments, allowing sound to bleed between the microphones within a natural soundstage. The overall effect is a little dark, with indistinct instrument imaging, but the music sounds very much as it might in a small club. This is a compliment when so many recordings try to spread instruments into unnatural sonic spotlights.

Rosenthal has a strong vision for his music, and his band supports that vision with deep symbiosis. The compositions are excellent, the band is stress-free, and the recording gives a genuine glimpse of the musical event. Lines is an excellent debut for a young trumpeter with a bright future.