This album represents, if not a landmark in jazz, certainly one of those roadside signs that points out a landmark 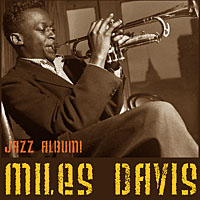 When renowned jazz critic Leonard Feather was asked about this record, he said something favorable. And thus has become the general consensus since its release in late 1959, early 1974, 1989, 1998, and finally in 2004. I'm certain that upon hearing it, you'll feel the same.

The fates aligned when this session was recorded. Not only did Miles Davis discover three additional skinny ties he'd forgotten that he'd bought, but Rudy Van Gelder snagged a really sweet parking spot right in front of the studio and he found a nickel in the drink machine coin return. Drummer Max Roach received some good news from his sister, further cementing his place in jazz history.

But there was tension, as well. Cedar Walton, famed for never forgetting a phone number, lost his car keys. Earlier, unbeknownst to Paul Chambers, Blue Note founder Alfred Lion ate almost an entire Whitman's Sampler while on the phone to Atlantic Records president Ahmet Ertegun. This was widely viewed as a slight to promoter George Wein, who was a Russell Stover man.

Tracks 1,3, and 8 were recorded on April 8th, in a marathon recording session that featured no less than 450 key changes (not counting modulations). Joe Pass would later say that he used all six strings and over half of his frets.

Track 6 was recorded almost by accident, when a mike was accidentally left on while Lee Morgan was fooling around trying to pick out the tune to "Mary Had A Little Lamb" on the balalaika. Many jazz historians point to this moment.

Track 4 was originally recorded by the Wolverines (whether it was the Wolverine Orchestra, or actual wolverines, remains a bone of contention to this day) in 1924. It featured one of Bix Beiderbecke's most famous pauses, the dotted quarter note rest in measure 37. Eager to put his own mark on the tune, Miles played only during that rest.

Tracks 2 and 7 were recorded during a make-up recording session on May 8th, during which Francis Wolff took band photographs and everyone received DTP booster shots after which they all got pudding cups and "good boy" stickers.

There has been considerable debate as to the personnel on tracks 9 and 11. Studio logs list Milt Jackson on vibes, but according to the memoirs of Coleman Hawkins, Jackson could not possibly have been there during those sessions because he was in Cincinnati helping Hawkins win their annual chili festival with their famous Bean 'n' Bags concoction.

Track 10 represents a compromise between Miles, who intended it to be a meditation on a traditional 12-bar blues, and Bill Evans, who preferred the economy of the 8-bar blues structure. A 10-bar blues, common in the Delta tradition, was voted down by Wes Montgomery, who once got a bad plate of shrimp in Clarksdale, Mississippi. The resultant 9.875-bar blues is considered the most precise lengths to which someone would go for what is pretty much just a throwaway gag near the end of a piece.

Finally, it should be said that this album represents, if not a landmark in jazz, certainly one of those roadside signs that points out a landmark in a single paragraph too small to read going 60 damned miles per hour.