By GLENN ASTARITA
November 25, 2018
Sign in to view read count 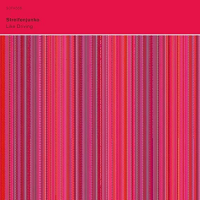 The artists' first venture into the world of electronics is quietly mesmerizing and off the beaten path as some would say. Espen Reinertsen (saxophone) and Eivind Lønning (trumpet)'s previous albums, No Longer Burning (SOFA, 2009) and Sval Torv (SOFA, 2012), were acoustic sound-sculpting endeavors. And both musicians have performed together in pianist Christian Wallumrød's ensemble. On this release they rewind the clock and come up with a solid game-plan during the album inception, while not totally entrenched in a conventional ambient-ethereal program amid other well-worn formats.

You can slowly expect the unexpected as the duo's quest for newness is pivoted among the largely minimalist electronics, LP scratches, short-circuit like noises and shifting tonalities on the 16-minute opener, "Everything We Touch Is Electric." At times the music elicits notions of a science project with a progression of electronics-induced, extended note chord choruses, subliminally shaded with ever-so-subtle melodies and the musicians' controlled phrasings, primarily used for texture. But the second track "Astronaut Peace" proceeds with an oscillating mid-range sonic canvas, like a sound wave streaming through the atmosphere. Here, the duo sparks memories of vintage Brian Eno via shifting timbres, although it's a bit more jagged than your customary ambient-electronic atmospherics, offset by a simple percussion motif.

The third and final track is the 19-minute "Like Driving." On this piece, droning and reverberating notes are constructed with a semblance of devising mathematically sequenced patterns with more emphasis given to layering and the progression of a domino effect, wobbled by terse deviations. In addition, the artists alternate the pitch to complement bizarre developments and unbalanced time changes.

The production begins with a vibe that may throw you for a mental loop or signal thoughts of indeterminate music masters such as Morton Feldman or Christian Wolff using electronics for slowly evolving motifs and asymmetrical movements. Yet moving further into the program bears additional rewards that all start making sense as time moves on, and more so during additional spins. Strongly recommended for fans of experimental electronica, minimalism, and new sounds in general.

Everything We Touch Is Electric; Astronaut Peace; Like Driving.