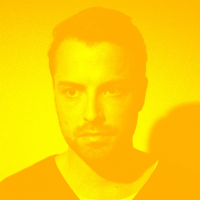 Luckily, Van Gelder reenlists the same talented lineup found in the debut with the propulsive Jamire Williams now on drums with versatile bassist Rick Rosato putting down thick drum-and-bass rhythms. Other returning members include the standout reed player Lucas Pino who offers an array of textures on sax and clarinet, and the increasing vocal footprint of singer Becca Stevens whose voice adds shades and silhouettes to a number of tracks. These musicians work together comfortably under Van Gelder's direction.

While there's savvy production work by engineer/producer Brian Bender (Kris Bowers, José James), Van Gelder's compositions organically create what might be coined as "music without borders" witnessed in many of today's promising composers who combine wide-ranging musical interests. Lighthouse's petition is not just heard in its creative ability to spin multiple music genres but more so crafting it in the here and now. This is witnessed in the low-end groove theories of "Victory Joy Dance" and "Giant" where sweltering rhythmic beats and improvisation coincide or peaceful requiems of harmony in " Pier // Cais" and "Orbit" as the contours of Van Gelder's acoustic piano, Steven's angelic voice and Pino's bass clarinet generate an idyllic atmosphere. It all leads to another fulfilling release by Van Gelder who raises anticipation for brighter things to come.