Ron Blake: Lest We Forget 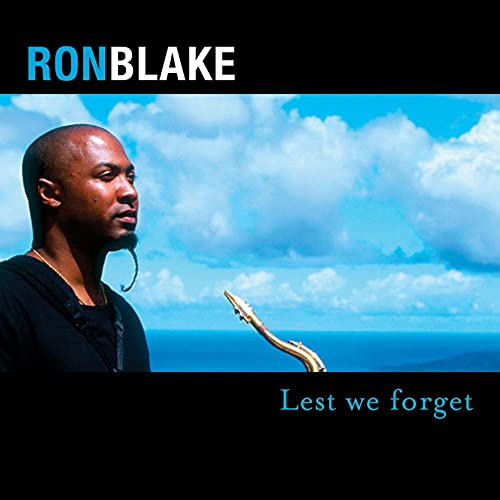 Saxophonist Ron Blake first gained notice as a sideman with Roy Hargrove and later with Christian McBride. Now, with Lest We Forget , Blake demonstrates a refreshing maturity and individuality on both tenor and soprano saxophones. He possesses a huge, warm sound on both horns, with an attractive vibrato and an occational furry edge to his tone. He builds his improvisations thoughtfully, avoiding the displays of speed that so often tempt younger players, although he's all over the horn when it's musically appropriate. In all, Blake's combination of intellect, swing, a feeling of power in reserve, and a beautiful sound make for a rewarding listen.

Blake's new CD, Lest We Forget , is a tribute to the late Stanley Turrentine, Grover Washington Jr., and Charles Earland, and the program consists of tunes that these masters of soul jazz recorded during their careers. But despite the presence of an organist and a couple of funk tunes, this is not your ordinary, typically reverential tribute disc. For one thing, the organist is the great Joey DeFrancesco, whose powerful bass lines and formidable imagination make his every solo a swinging, inventive joy. For another, this CD introduces the gifted young trumpeter Rashawn Ross, who displays a very pretty sound and some nice ideas. His floating solo on "Mighty Burner" presents a young man with enormous potential.

In fact, the up-tempo romp "Mighty Burner" is only one of many highlights here. "You Must Believe In Spring" is a duet with Blake and Christian McBride where the bassist weaves probing lines around Blake's powerful statement of the theme. On "Sara's Dance," Blake's stealthy entrance and rolling swing are another high point. The band is tight and irresistibly funky on "Mister Magic."

Ron Blake isn't an innovator. Instead, he is a master craftsman with his own sound and ideas, and jazz needs musicians who will continue to make albums like Lest We Forget. Ron Blake proves there's still plenty of life in the organ trio.