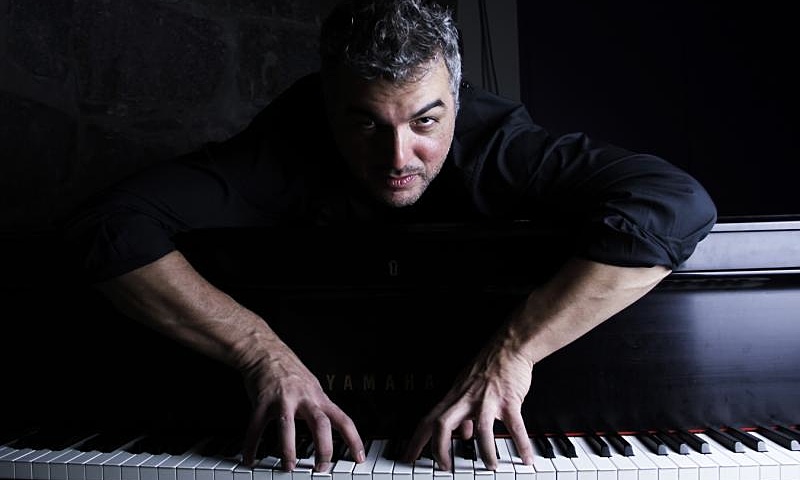 By BRUCE LINDSAY
July 30, 2013
Sign in to view read count
Leo Blanco is a musician who's immersed in the music of his South American homeland of Venezuela. The pianist may live in the USA—he teaches piano at Berklee—but his Venezuelan upbringing remains central to his work. It's a little surprising, then, to discover that Blanco isn't solely a product of Latin American culture. In conversation backstage at the Apex in Bury St Edmunds, just before the final concert of his first UK solo tour, he recalled that some of his formative years were spent only 100 miles away.

"From three to six and a half years old I lived in the UK. My parents were doing some university courses: my father in architecture, my mother in education. So I started kindergarten near Birmingham. I do have memories of the time. In Latin America we have the piñata: we hit it with a stick to break it open. Mine, at my fourth birthday party I think, was a big ship. All my English friends were astonished, they thought it was crazy to destroy this beautiful thing. It's full of candies, of course. In Latin America we would rush at the thing and jump on the sweets but my English friends were so proper, just taking one or two sweets at a time. I was born in '71 so that was in the early '70s. I think we returned to Venezuela in '77."

A fascinating time for a music fan: the golden years of progressive rock? "Yes. I had an uncle who was really into rock, bands like King Crimson. He got me into it. I kept listening to it after that."

Blanco's albums reveal little of King Crimson's influence. Latin, classical and jazz are much more to the forefront on his previous albums, Africa Latina (Ayva Musica, 2008) and Roots & Effect (Self Produced, 2004), which feature top flight collaborators such as Lionel Loueke, Dave Liebman and Donny McCaslin. Blanco's UK tour comes on the release of Pianoforte (Self Produced, 2013), his first solo album, a gentle and reflective collection that mixes old and new compositions with improvisations and one rather special interaction.

Some of the tunes on Pianoforte were first recorded on the previous albums: for example, "Peru Lando" is on Africa Latina, "Light Over Dark" is on Roots & Effect. "Yes, that's true. But "Vals #5" is different. I wrote it about five years ago but I hadn't recorded it. However, many Venezuelan musicians have fallen in love with the piece and they have recorded it." 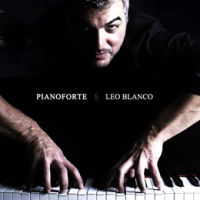 Blanco may have taken time to record "Vals #5" but in many ways this is typical of his approach. "I take my time to record every CD. As you know, my discography is not that big. I have four or five CDs in total, three that I produced myself since I moved to the USA. I want to be very thorough from conception to composition to production and performance. For me it's very important that the CD has longevity, that someone can listen to it now or in 20 years and still find some character in it."

The appearance of a solo album at this point is an indication of Blanco's increasing confidence as a musician. "Maybe before this I didn't have the same maturity that I feel I have now. For me it's kind of like a voyage, the creation of an album. All my background of classical music, world music and jazz improvisation comes into my mind now with much more sense than it has done before. I don't mean that I'm not still growing: I want to keep going musically until I die. But now I feel there is a much better connection between the pianist, the composer and the person. So playing solo gives me the liberty to really experiment."

This feeling of liberty extends to the concert platform. "Every time I walk onto the stage I pick the tunes I will play at that moment, seconds before I begin. I think it's important that I play with the mood of the moment. The weather, the theatre, the audience, and the piano all influence me. I kind of know some of the repertoire I will play but the order can be changed and I do a lot of improvisation from the beginning. I don't feel obligated to do it for myself but 90% of the time I will improvise."

Blanco recorded Pianoforte over two nights (July 28 and 29, 2011) )at the  Teatro Cesar Rengifo in Mérida, his Venezuelan hometown. The first was a private session, the second with an audience. The album combines performances from each night, but Blanco had no distinct plan for this before he started to record. "No. We didn't know which pieces would make it onto the album. There was a technical reason for doing two nights in this way. The first night without an audience allowed us to test out the sound, the placement of the microphones. It allowed us to stop, change positions and so on. We couldn't do that in front of an audience. The second night was important in that enabled me to get feedback from people. In terms of playing I get 'in the zone': it makes no difference if there are three people or 200. I think I repeated about 60% of the repertoire but each night was totally different. Then we chose. Sometimes we preferred a piece from the first night, sometimes from the second."

As is often the case, recording didn't go according to plan. "The first night we were at the theatre there was a huge party in the square outside. I think it was for Hugo Chavez' birthday or something [he was born on 28 July 1954]. This was in the Plaza Bolívar in the centre of the city. The theatre had no sound insulation: we couldn't record anything. We went back to the hotel and returned to the theatre at midnight and started recording."

Even at midnight, external sounds still intruded. "On the first night, in the middle of one tune, suddenly 'Bing!' Bells started sounding from a chapel next to the theatre. I kept playing, around the bells. We also had night crickets and all sorts of other sounds."

The bells intrude to beautiful effect on one tune, "Haiku For Midnight Bells & Piano." "We realized that we couldn't get rid of the bells and by that time we didn't want to. So on the second night I told my co- producer, Dario Peñaloza, that we should go back to the theatre after the concert. We went back at 11:30, the theatre was empty and we placed a microphone in the theatre but pointing directly at the bells in the chapel. At midnight I played a short improvised piece incorporating those bells." 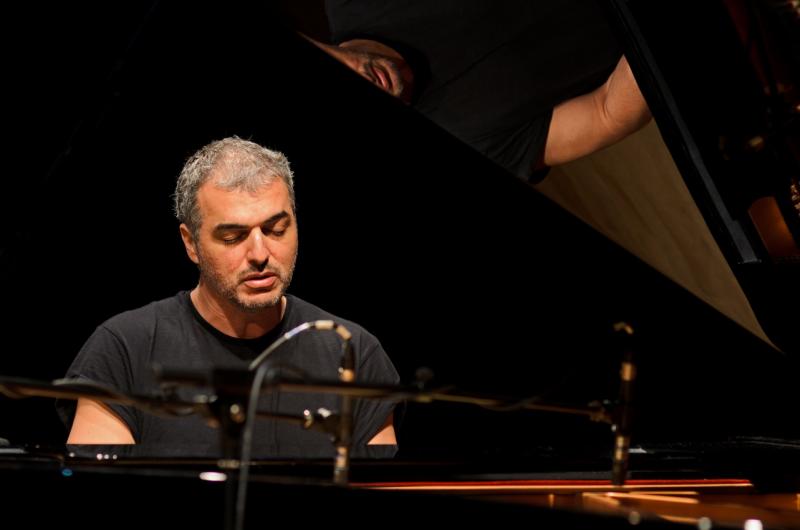 Does it conform to the rules of the haiku? "Not really. What caught my attention was not so much the technical part, how many syllables a haiku must have, but the beauty, the simplicity. That's where I think my piece has the similarity."

After the recording, Blanco went back to teaching and to working with combos and the music was temporarily forgotten. "I put it to one side because of other projects. Then Dario kept pressuring me, kept saying that we had to do something with it. I started listening, selecting pieces, at the same time that [music journalist] Rob Adams suggested coming to the UK for a solo tour. So that moved me to complete the CD and it was released just two days before the tour started. At first I thought I would miss my rhythm section. I'm a very rhythmic player, I love playing with bassists and drummers. But I'm falling in love with the piano solo idea."

Blanco may have fallen in love with the idea of solo work, but for the moment at least other things need to take precedence. "I'm doing music for a film, back in Venezuela. People have told me that my music is cinematic, this time I'm writing for a particular set of visual images. I'm writing for orchestra too, some concerts in Venezuela in November. I'm also busy teaching. I've started a new project incorporating classical chamber music and sometimes a rhythm section. I believe that musicians can no longer be confined to either popular or classical music. That line is blurring. The classical audience is getting old, who is going to be the audience in 20 years? We need to keep people engaged, make sure music reflects its time."