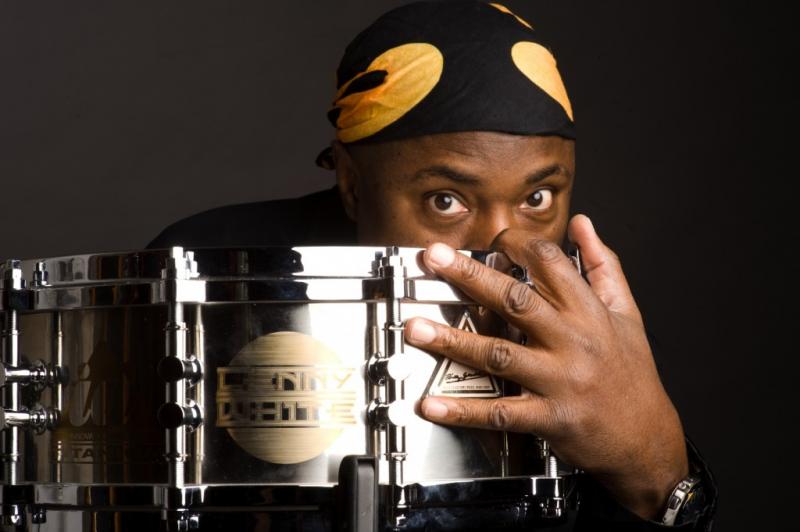 [Editor's note: Lenny White and the other members of the legendary jazz/rock band Return to Forever began a world tour last February in Australia, and on Friday, June 24th resume in Northampton, Massachusetts. After that it's north to Canada for three dates, over to Europe for a month, then back to the U.S. for the summer.

Throughout the tour you'll have the opportunity to get a unique insider's perspective on performing live music, as the journeyman drummer regularly posts his comments here. How big is the 2011 RTF IV world tour? Back in the day, Return To Forever and a small handful of other jazz/rock outfits like Weather Report, Mahavishnu Orchestra, the Headhunters—and, of course, Miles Davis, the fountainhead from which they'd all flowed—were capable of filling stadiums. For that brief period in the late 1960s-70s, jazz reached levels of popularity not equaled since. How big is an RTF tour? On June 23, Steve Badalament, the founder and CEO of Innovation Drums, came up to Northampton from Detroit to personally tweak and fine tune White's kit and make sure it's roadworthy.]


"Hey everybody, this is Lenny White, on the road with Return To Forever, version IV. I'm up in Northampton, Massachusetts and we're rehearsing for a tour that starts on the 24th. 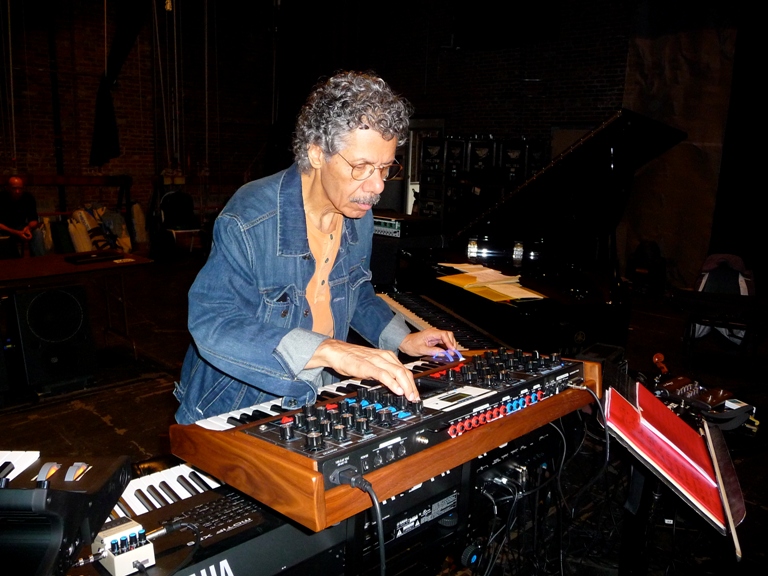 "It's kind of exciting, because we have some new members in the band. It's Chick Corea, Stanley Clarke and myself—the same rhythm section—but we've added the famous violinist Jean-Luc Ponty, and a great guitarist, Frank Gambale. This is my first opportunity to play with Frank. He used to work with the Chick Corea Elektric Band, and now he's in this version of Return To Forever. Frank is a real student of music and has played in a lot of different contexts.

"It's nice. We were doing some interesting things today, and I think what is really important is that we're all open to explore different types of musics, and can include those in what we do. It's fun to be able to do that.

"Jean-Luc's addition brings another kind of musical element and, orchestration-wise, it adds another flavor to some of the older RTF compositions, so we have new sections we'll be doing. We're playing a few tunes from the Romantic Warrior (Columbia, 1976) album and going back to No Mystery (Polygram, 1975)—not playing the tune "No Mystery," but material from the album. 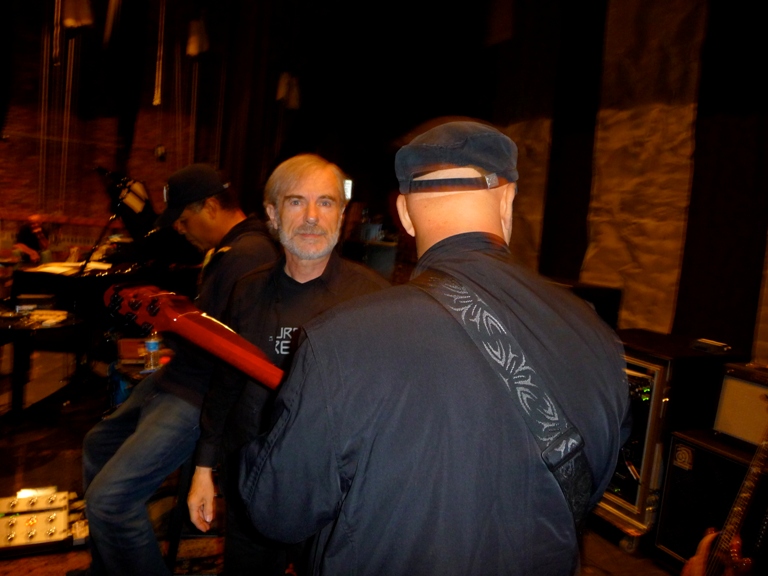 From left: Stanley Clarke, Jean-Luc Ponty and Frank Gambale (back to the camera) taking a rehearsal break at the studio in Northampton

"We might play a few new pieces, too. We're debating that right now. See, the situation is that we're going to go out in Europe, and at a lot of these festivals we only get a certain amount of time to play, so we're getting together music to do that. When we do shows on our own, we'll probably expand it a lot and maybe play some of the newer pieces of music.

"We're more seasoned. All the guys are getting along really well. When we did the Australian tour we only had a couple days to rehearse, and we went out and just hit it. But now we've rehearsed more, the music is settled. And it's always great playing with my friends. It's special. I think people are really going to like it.

"We're like The The Rolling Stones of jazz. In terms of jazz-rock music, we're the last band standing. It's true! 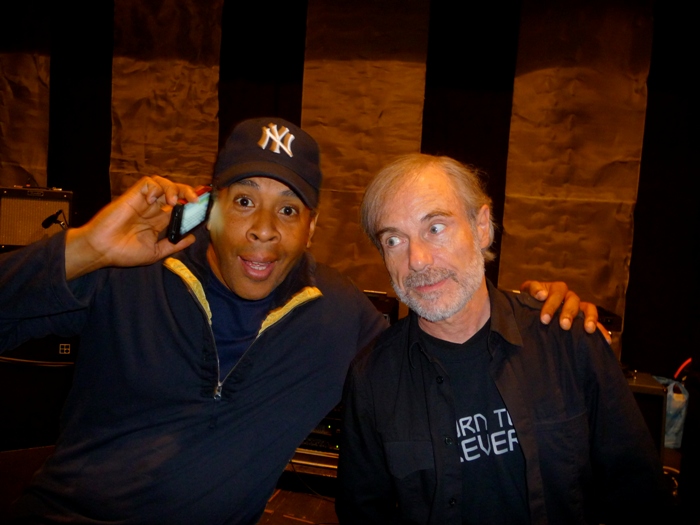 "But I believe what we have to offer is basically from the traditional jazz approach. We incorporate every other kind of music. Some of the bands that were playing, and were around after us, [Return To Forever disbanded in 1977, toured briefly in 1983, and then reunited for a world tour in 2008] were specialists. They specialized in a certain kind of thing. It was great, because they had big followings. But for us to be able to endure this long, we've changed perspectives on many different things, and all of us have played and been involved in a lot of different kinds of musics.

"What we've done with this particular Return To Forever is to bring in other people who have other kinds of experiences, bring them into the Return To Forever experience. It's expanded, and I think the perspective is so wide that we could go on and play forever."

All other photos: Lenny White