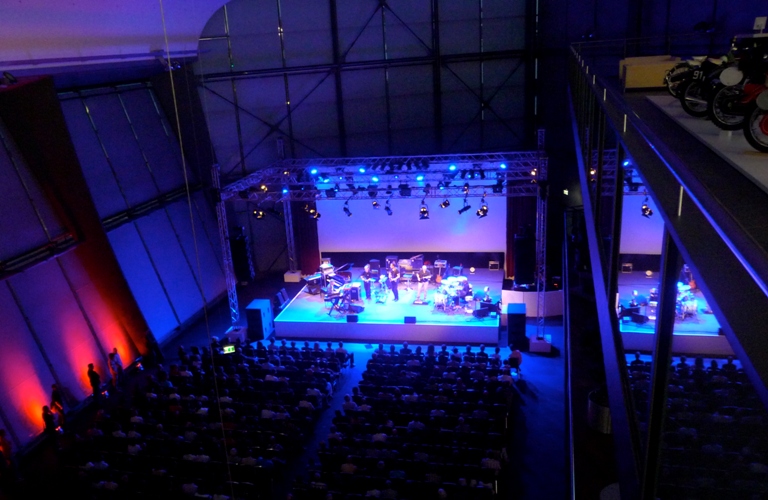 "The gigs in Germany were fantastic, great audiences. The band is starting to hit its stride. In Hamburg, about 1,000 real dedicated fans stood in the rain for the full performance. In Neckarsulm, we played at the Audi performance center inside an Audi car manufacturing plant, a remarkable structure filled with classic and current Audi cars.

"Overall, this is an amazing band. We played in Essen, Germany, at a classical music festival that was held in a hall that had great acoustics. The audience members were subscription season ticketholders and the atmosphere was pretty formal. Chick Corea wore a nice jacket and tie for the occasion, for example, although the rest of us were dressed however we were dressed, the way we usually dress for a show.

"After we'd played the first set, Chick said he felt our performance had been a little reserved, and I told him we probably were, because everybody in the band had seen the audience's formal attire—the men in suits and ties and so forth—and thought maybe we shouldn't play so loud, or whatever. But by the end of the show, all those people in suits and ties were up on their feet, rockin' to "School Daze." It was a great transformation. Even the directors of the festival came to us afterward and told us, 'You were remarkable. You guys play with the power of rock and roll, the sophistication of jazz, and there are tinges of classical virtuosity.'

"There's an aspect of jazz that gets misunderstood. Jazz musicians are not usually given enough credit for their dedication to the music. Their commitment is on par—or, sometimes, maybe even greater—than the classical performers' commitment to their music. The dedication that it takes to be able to perform and improvise at the same time is a little more. Obviously, there are classical musicians who improvise very well. I don't think the great jazz virtuosos get credit, because most music aficionados think jazz is a folk music, as opposed to something from the great European classical tradition.

"Whether it's a trio or quartet, or a quintet, like what we have with Return To Forever, when we play we have five composers composing music in the present tense. Each one is composing their own mini-composition within a composition.

"In Hamburg, Germany, it rained cats and dogs. But in Vienne, France, it rained cows and horses. It was five times the storm that was in Hamburg... lightning, thunder, not just a rain shower, but a rainstorm, a torrential downpour like a monsoon. But the people knew it was going to rain and came prepared. They had raincoats and umbrellas, and they stayed through the whole performance. It was true dedication. The fans really do come out in Europe and support the artists. 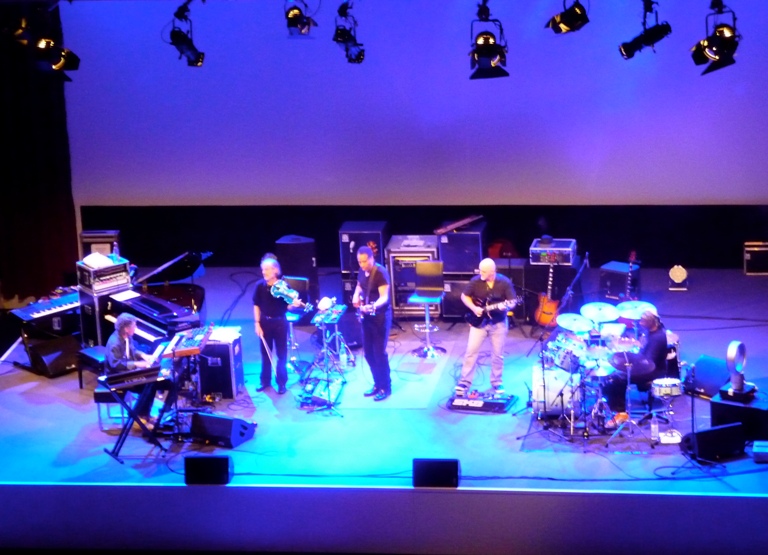 "Sometimes in the US, when a music is indigenous to a certain area, people can be a little passive about it. But RTF is popular. As I say to the audience every night, there are a lot of boy bands where no one really plays an instrument, but with a man band like Return To Forever, it's a different dynamic. In the United States, pop music is more of a manufactured product that sells big numbers and draws huge crowds that come out to see the artist because the artist is on TV all the time, or their videos are being played on music channels. So it's a testament to RTF that we play music that's very progressive, without vocals, with a great deal of virtuosity, and people come out to support us. There's hope!

"The turning point for me in understanding the impact of Return To Forever was the Central Park concert in 1975. Wollman Rink held about 7,000 people, it was enclosed, with actual physical fences. When we got there the concert was sold out, but then some fans broke down the fences and another 5,000 fans came in. There were about 12,000 people there. This was a band that didn't have a lead singer, no vocalist. And I said to myself: "This is big. This is something different now."

[Editor's note: the award-winning actor (and director/playwright) Laurence Fishburne, once came backstage and told his story of being at the historic concert, sitting up front near the stage and seeing the historic Wollman Rink performance. It had been a turning point in his life, too, he said. Return To Forever's appearance on July 28, 1975, in the annual summer series held in the old skating rink at the south end of Manhattan's Central Park, came at the peak of RTF's powers. They had been touring with the new material from No Mystery (Polydor, 1975)—which, like Where Have I Known You Before (Polydor, 1974), had reached the pop Top 40 chart. Within a few months RTF would record Romantic Warrior (Columbia, 1976) and get a gold record—thanks, in part, to a masterful last-minute remix and remaster by none other than Lenny White.]

"But now this band, this version, RTF IV—I don't mean to downgrade any of the other earlier versions of Return To Forever, or put them in a secondary category, but this one is very, very musical. It covers a wide variety. The people at the classical festival made me realize that there were all these different kinds of musics that we dealt with. You have five musicians who have had many, many different musical experiences, and it's kind of a conversation. It's like if you were to be in an audience and listen to five famous actors who had been in the business for 40-50 years, talking about their different roles in films, you would be privy to some information that you wouldn't normally get. What you have in this band are five different individuals who have played every kind of music you can imagine. We have musical conversations every night, and you can be privy to them.

"We're true road warriors. We travel well, but it's traveling. We sleep when we can. This is a vicious schedule—we just did 11 concerts in 12 days. I personally think the performance at the Tollwood Festival in Munich was the best so far. This is worth all the stress of traveling, to see genuine joy on the faces of the fans."