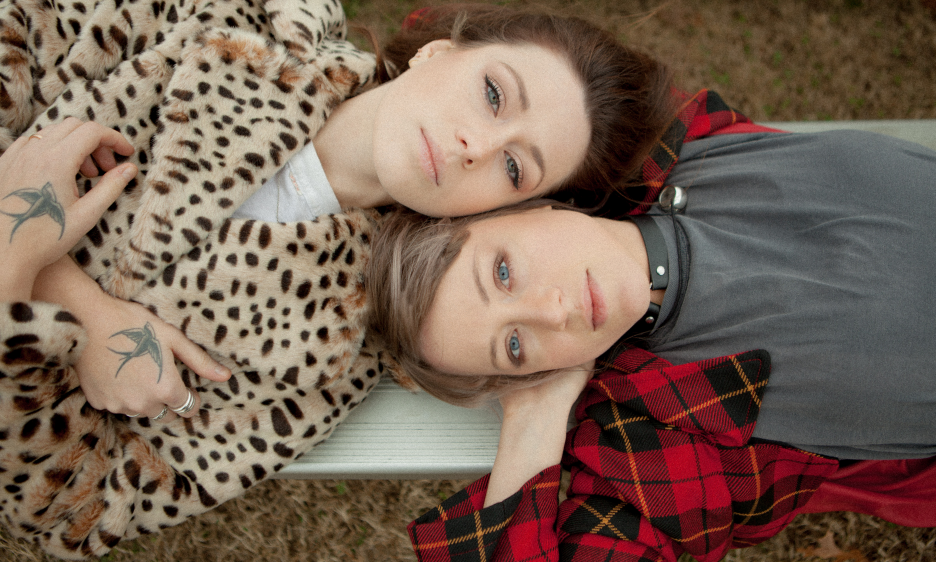 In a live performance two years in the making, the sister duo, Larkin Poe. finally appeared on the stage of the University of Arkansas— Pulaski Technical College Center for the Performing Arts. The band was originally scheduled to perform on March 14, 2020, on the cusp of the COVID-19 pandemic, only to be canceled and rescheduled two times before making it the charm on Friday night, April 8, 2022.

What began in 2003 as a successful three-sister bluegrass act, the Lovell Sisters, was whittled to two when sister Jessica Lovell (lead vocals, fiddle), left the group in 2009 to marry and start a family. The remaining sisters, lap-steel guitarist/vocalist Megan and guitarist/vocalist Rebecca formed Larkin Poe (named for a multi-great grandfather) going on to release six EPs and as many LPs in the next 12 years.

In June 2020, during the front end of the pandemic, the band released Self Made Man, intending to feature the material in a tour that never materialized. During the pandemic time off, the band recorded another recording, Kindred Spirits (Trick-Woo, 2020) and Rebecca Lovell tied the knot with Tyler Bryant of Tyler Bryant and the Shakedown. These events logically influence and segue into the major post-pandemic difference in the band: a positive and potent evolution of the sister's stage show as compared to those before the pandemic.

The sisters tour as a quartet with long-time band members Brent "Tarka" Layman (bass, keyboards, vocals) and Kevin McGowan (drums). During the time off, the band refined their signature sound and dramatized their performances, adding a creative tension that successfully amps up its concert excitement. What started as a well-tuned blues-rock band before COVID, turned into a seamless juggernaut of razor-edged Americana.

The venue was already kissed with a light haze of stage smoke as an eager audience entered, taking their seats. The master of ceremonies of the Pulaski Tech Concert Series, Kurt Leftwich, came onto the stage, polling the audience for how many had purchased their tickets in 2019, 2020, and then, 2022. The audience was evenly distributed among the dates, with an edge given to the newest fans, a very positive result.

As the lights lowered, Layman and McGowan took their positions while the PA blared the Runaways' "Cherry Bomb." Already a departure from previous shows, the rhythm section takes the show from the Runaways, laying down a hungry beat over which the sisters enter the stage, hammering down the corner's the "She's A Self Made Man," (recently covered by Leah Marlen on American Idol) rearranged to include a molten and corrosive introductory lap steel solo by Megan. The sisters choreographed a dramatic opening befitting their trajectory over the last several years, one intended to excite, surprise, and delight: the best ways to experience live music.

The audience was treated to much stage banter with the musicians, giving the performance a very ground-level, familiar feel. Larkin Poe was among friends and they were relaxed and happy to be so. Keeping with their Self Made Man release, the band tore through a searing "Keep Diggin,'" while navigating "Holy Ghost Fire" and "Back Down South" (featuring a brief "Blue Sky" interlude) from the same release. "Trouble In Mind," the oldest song from the band's recorded corpus, from the band's 2016 Reskinned was a thrilling dip into the early material.

Peach (Tricky Woo, 2017) contributed the most material with covers of Eddie "Son" House's "Preachin' Blues" and "John The Revelator" and the show closers "Wanted Woman / AC/DC" and Robert Johnson's "Come On In My Kitchen" (as an encore). Rebecca Lovell, a guitarist with a precise, punctilious style, stepped out as never before playing lengthier and more complex solos than in pre-pandemic performances. She played cleanly, never relying on overdrive or compression to clothe her tone, which was sharp and exact.

The show-stopping center of the concert was the band's soulful performance of "Might As Well Be Me," a sleek rhythm and blues that allowed Rebecca Lovell the opportunity to blow the carbon out with her muscular, well-toned vocals. The most poignant moment came with the band's performance of "Mad As A Hatter," a song written about the sister's grandfather, who suffered from mental illness at a less forgiving time than now. This song contains Rebecca Lovell's most complex vocal writing, adding to the gravity of the subject matter.

Always a tight ensemble, the quartet has honed their stage show to a gleaming edge: precise and accurate. It is obvious that the band was glad to be back on the road and that they were indeed grateful for appearing in Arkansas where they have made past stops in Fayetteville and Hot Springs. Poised to graduate to larger venues, Larkin Poe a tasting the sweetness of ascent. It will be much fun to watch them grow.