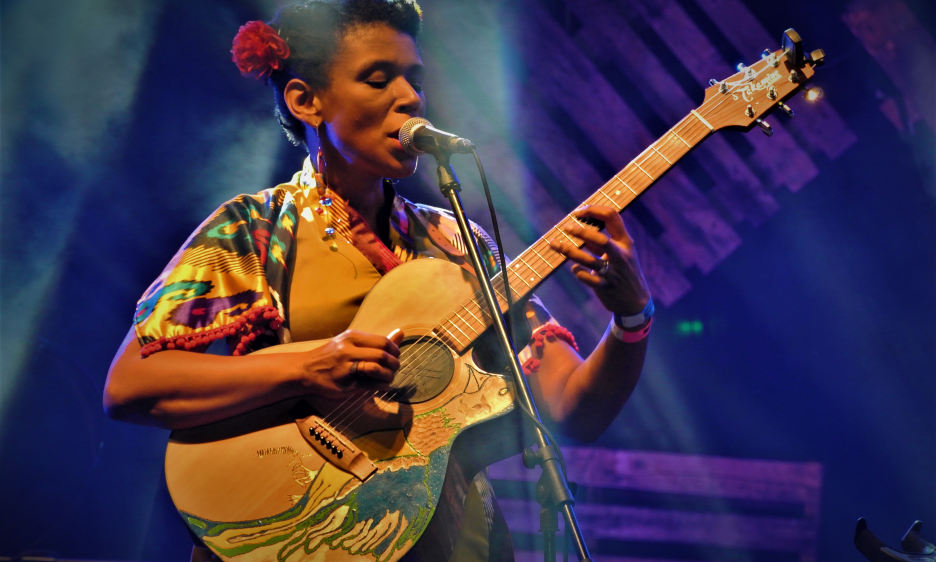 As one of the world's fastest growing economic regions, South East Asia is also a prime market for jazz—and, specifically, that chest- beating claxon of affluence, the festival. Joining the established ranks of Indonesia's Java Jazz and Singapore's Sing Jazz, enters the Kuching Waterfront Jazz Festival (KWJF), in September 2018 sprouting up on the north-western tip of Borneo for a second incarnation.

With doubtless half an eye on the enduring appeal of neighboring Miri's three-day, 12-year-old Borneo Jazz Festival—and a lusty gaze transfixed on the 20,000 listeners who traipse through town annually on their way to the Rainforest World Music Festival, hosted in the wilds of the Sarawak Cultural Village—the two-night KWJF is not just the state capital's first proper jazz festival, but reportedly Kuching's largest annual music event to date.

For some international ears, the sweet spot was found where regional traditions intersected with improvisatory impulses—such as standout multilingual party-starters D'Cipta Band. This energizing eight-piece slickly mixes jazz, R&B and local flavors in a homogenous post-global stew—epitomized by a brisk bossa nova performed endearingly in a local dialect.

The latter band opened proceedings after winning a local talent search, whose previous victor, pianist Jolynn J Chin, was invited back for another round. A ferocious, if precocious, classical player, the young virtuoso's dizzying ambitions could not wrestle free from a dithering delivery— her casting of Bach's Partitas for jazz trio was let down by a rhythm section which struggled over the score, while tackling a standard as storied as "My Favorite Things" demands greater improvisatory invention than repeatedly pummeling pentatonic piano phrases.

This quartet of homegrown fusionists will perhaps take note from Carmen Souza [pictured above], probably the festival's greatest international draw and the only booking hailing from beyond the Asia-Pacific region. Since her 2005 debut, Ess ê nha Cabo Verde (Iberautor), the Portuguese singer-songwriter has developed a singular voice, mining her Cape Verdean heritage alongside a jazz-world aesthetic with refreshing results.

Backed by her trio—under the ever-watchful eye of longterm musical partner/bassist Theo Pas'cal—Souza's live sound conjures bare boxes in exotic wrapping; simple, soulful vamps underscored by jiving polyrhythms and hidden pulses. Flitting between pinickity piano and perfunctory guitar work, it is all in service of Souza's voice, sailing subtly subtly around the groove and leading the audience in creole cadence during epic set closer "Afri Ka."

The other intercontinental booking was the Natalie Gillespie Band, an Australian quartet of aspiring grooviness—neither funky enough to be called funk, bluesy enough to be blues or soulful enough for soul—and possessing the air of a glorified bar band. Tellingly, the overzealous eponymous lead singer was squarely blown off the stage when Singapore's Alemay Fernandez sat with the Aussie's Strat-toting backing band at a pre-festival preview.

Leading her own moodier, groovier outfit a night later, Fernandez repeated the trick, this time holding nothing back from her delivery, moving between a whole-hearted barrelhouse blues howl to a vertiginous jazz scat, gleefully scaling the chassis of Betty Carter's "Tight." The smoky Hammond organ and sax slurs of Fernandez's trio suggests a lifetime haunting afterhours joints, and the Lion City's premier diva has notably stepped up to guest with the Count Basie Orchestra and the Duke Ellington Orchestra.

Veterans of doubtless seedier nightspots are the Blues Gang, fabled forefathers of Kuala's Lumpur's rock scene whose very name is today rarely invoked without the obligatory prefix "legendary." Gigging on and off since 1975, the crusty troupe regrouped for Kuching following the sad passing of bassist Jim Madasamy earlier in 2018. Led by the growl of frontman Ito Mohd, the surviving sextet's plodding, good-time, dueling guitar approach makes them perhaps APAC's answer to the Allman Brothers Band. Ish.

As is the way with jazz festivals anywhere, all improvisatory flavor needed to be balanced by the more mainstream fare necessary to secure sufficient ticket buyers and sponsors. While careful curation perhaps played a part, it might appear that South East Asia's pop preferences are distinctly more suited to the project. Jazzy flavors and muso textures abounded. From the extended, assured soloing of Tompi's able band—the sophisticated Indonesian singer-songwriter who closed the festival—to the restrained piano trio aesthetic backing compatriot TULUS, who headlined the first night.

The same commitment to groove and musicianship could be found in the Nile Rodgers-style guitar driving Indonesian MJ wannabe Aditya and the showy funk bass underpinning Malaysian soul-pop princess Atilia Haron. In South East Asia at least, it appears possessing a razor-sharp band—rather than backing tracks, DJs and effects—is still part of the job description.

With frustrating inevitability, the festival's least jazzy moment was its best received, with a heroes' welcome greeting the hometown return of soppy balladeer Dayang Nurfaizah. However, the smart money tip for breakout pop domination is Singaporean songstress Aisyah Aziz, whose smart three-keyboard arrangements and multinational approach may be a harbinger of post-K-Pop global music. Exhibit A: Aziz's slowed down 'n' dirty Bruno Mars cover "That's What I Like" was as competent and compelling as her medley of tunes by '50s Malay film star P Ramlee. Go figure.

Throughout, production values were high, with decent sound, and just the perennial festival curse of muddy turf (oh, and a centipede scare) the greatest logistical challenge. Midway through the opening night, the state backers appeared onstage to confirm the event will return for a third edition in 2019—an announcement that deserved a more ecstatic response than it was met with.

Because for every South East Asia jazz success story, there is a sorry tale. Just three weeks before Kuching's sophomore event began, it was announced on Facebook that Malaysia's 2018 Penang Jazz Festival was cancelled, while Bangkok Jazz Festival has been absent for some years. (February 2018 hosted Chang Rai's inaugural International Thailand International Jazz Festival, but no word on a follow-up as yet).

While rough edges remain (compere DJ Richie might consider picking up a jazz 101 guide before 2019 rolls around), there is much to recommend KWJF. Hosted in the grounds of the cutely retro Grand Margherita Hotel, it sits on the banks of the Sarawak River, a serene spot which will do much to ensure its appeal.

In the words of its organizers at a pre-show press conference, Kuching Waterfront Jazz Festival is still just a baby by international standards—but it will be fun watching it grow.