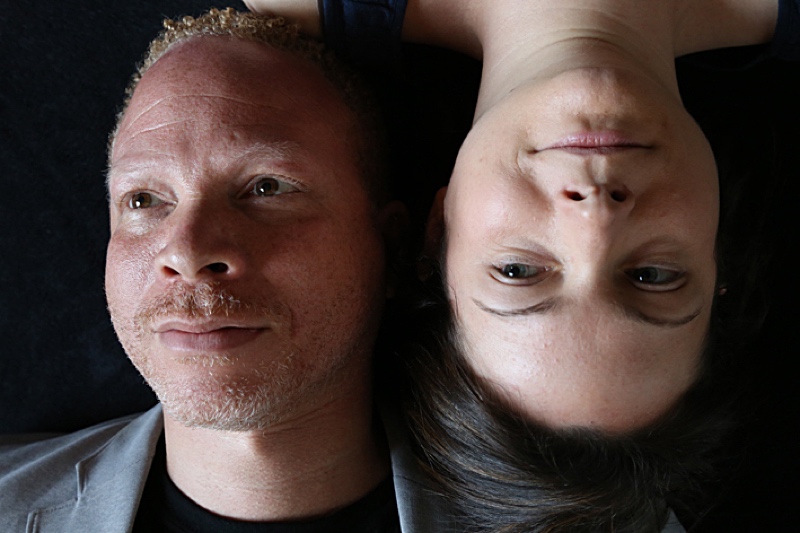 The two-week, 12 city tour was billed as Kris Davis and Craig Taborn piano duos. It might have been better advertised as a solo act, let's call it 'Davborn' or maybe 'Krisaig.' This is because Friday night, the pianists' two hearts beat as one, as did their sound.

Davis has recently released her new recording Duopoly (Pyroclastic, 2016) which is comprised of sixteen duets with eight different artists from guitarists Bill Frisell and Julian Lage, to drummers Marcus Gilmore and Billy Drummond, reedists Don Byron and Tim Berne, and pianists Angelica Sanchez and Craig Taborn. Taborn was the choice to accompany Davis on this initial tour, because both pianists are, well, the definition of simpatico.

Both pianists favor a percussive attack and both have the ability to minister the dynamics in their music, especially the quietus. Both skills were on display with their duo performance. Davis and Taborn opened with a 35-minute cover of a Carla Bley composition, that evolved into a blender effect of abstraction, a sort of tie-dyed music that grew into a dense colloquy of percussive patterns and corpulent chords. Between the two, the audience was treated to musical runs like ocean waves, sometimes pounding the shore, and other moments of pacific waters. Their modus operandi was to set off their undertones by bringing the noise. The pair consistently allowed their pent-up energy to decay slowly with a concentrated attention to space between some very quiet notes.

As the night progressed, Davis fiddled with her piano, applying clips and gaffer tape, turning the right side of her keyboard into a percussive instrument. While Davis broadcast some unique sounds, this was anything but free improvisation. The pair endeavored to maintain the logic and consistency of the music. Let's call this atmospheric cinema music, or maybe operatic improvisation. Both Davis and Taborn can pound thunderous notes, not unlike a dose of Merzbow noise in service of the music, or maybe transition from Cecil Taylor-like clusters to those of Bill Evans. Davis' prepared piano can imitate the snapping sounds of packing materials or the trickle-trickle of dripping water. Freed of a strict jazz moniker, the music was tinged with hints of folk, Broadway, hip-hop sampling, and classical music.

Choosing Taborn, first as her recording and then touring partner, must have been an easy decision for Davis. His ability to create intricate music patterns from the simplest of suggestions is Taborn's strength. But also he is a musical reciprocator, unremittingly attentive to the task of making, not Craig Taborn music, but this cooperative sound. He led off the final piece, a cover of Sun Ra's "Love In Outer Space." The in-sound from way out was the most melodious performance of the evening.