By JAKOB BAEKGAARD
March 25, 2013
Sign in to view read count 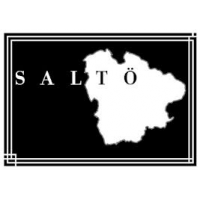 It is undeniably a paradox that the age of musical digitalization has produced some of the most beautiful physical objects in the history of recorded music, but, perhaps, the mystery isn't as great as it seems.

The endless possibilities of streaming and downloading have brought along a backlash, an increased feeling of impersonality, which had to result in a counter-reaction where the listener would have to engage with the music on a more personal level. There is a difference between pressing a play button and taking a physical record out of its sleeve to give it a spin, and to some artists this difference becomes a matter of aesthetic importance.

The Danish duo Kolonihaven Unikum has made a record that is just as much a multi-faceted work of art as it is an album. Saltö is a vinyl only release, packaged in a white, large-format folder with ten double-printed sheets of woodcuts and Danish poetry. Quite untraditionally, it has been published by an art magazine and not a record company, but it makes sense because it is a release that tries to expand the boundaries of music and enter the world of art.

Saltö is not only the title of the album, but also the name of the small, Swedish island where the music was recorded. The two musicians, pianist Anders Ørbæk and percussionist Christian Windfeld, have described the island and their musical journey in a note published on their blog:

"Saltö is strangely beautiful. It is in no way conspicuous and it has no special features, but still it makes a deep impression on you. The music we made there is like that too, we believe. At Saltö someone has been so visionary as to build a small concert hall and put a grand piano there. Actually that is nearly everything there is on the island. When you go to Saltö you cross the islands Daftöen, Öddö og Tjärnö and as you go it gets more and more depopulated. Saltö is almost pure nature except the few people that live there. We stayed at Saltö for five days during which we made all kinds of sonic experiments like recording Kosterhavet (the sea surrounding the Koster Islands) with hydrophones."

The feeling of loneliness and pure, raw nature is evident in the music, which is both tactile and taciturn. The piano strings and percussion whisper in soft layers of folk-like melodies with a strong undercurrent of strange, rustling sounds. A composition like "Under Blad" ("Beneath the Leaf") is deceptively simple and yet reveals a delicate palette of instrumental nuances that are described by poet Rasmus Klitgaard Hansen as a "mountain emerging from a piano." Visual artist Peter Ole Pedersen has interpreted the composition in a woodcut of a leaf placed on a black background that subtly suggests the color of the piano keys and the coalescence of music and nature.

Both the poet and the artist add their interpretation of the music, as is the case on the other nine compositions, and the result is a complex web of semiotic codes that enhance the understanding of the topic: the spirit of Saltö.

What emerges on the album is a kind of musical topography. A poetic examination of time and place as seen through the eyes of four different artists. The work lies somewhere between composition and improvisation, visual expression and lyrical language.

This isn't an ordinary commercial album that tries to be sold, but a secret that waits to be told. Saltö raises the bar for what an album can be. Not only something to listen to, but a cherished object that explores the way we look at and experience the world—in this case—a small piece of land placed in the middle of the sea.