By JOHN SHARPE
October 6, 2013
Sign in to view read count 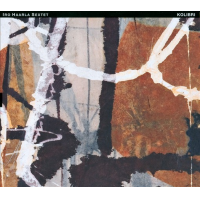 On Kolibri, Finnish pianist Iro Haarla brings together four mainstays of the country's improvised music scene, along with rising trumpet star Verneri Pohjola, in an outfit which sits mid way between a small group and a big band in terms of its capabilities. It's an accomplished unit. All six were part of the TUMO agglomeration which partnered trumpeter Wadada Leo Smith on Occupy The World (TUM Records, 2013), while four of the older generation were part of celebrated drummer Edward Vesala's Sound and Fury band in the 1980s. Haarla herself also co-wrote or arranged for the drummer's larger projects up until his death in 1999.

With that pedigree it should be no surprise that over the course of seven original compositions, the pianist realizes a near orchestral conception in which the solos are less important than the overall feel. At the heart of the artfully organic arrangements lie the off kilter, sometimes even enigmatic, interactions between Haarla's piano, Ulf Krokfors' bass and Markku Ounaskari's drums. The leader sets the mood through careful placement of accents rather than pyrotechnics, a trait she shares with Pohjola who similarly eschews grandstanding for explorations of timbre and smeary distortion.

In the liners, Haarla expresses a desire to showcase rhythmic and tonal diversity alongside the ballads with which she has been most associated. She succeeds in that, but such is the luminous beauty of the slower numbers that her reputation will if anything be strengthened. Case in point is the opening "Nightjar," a gorgeously atmospheric piece evoking images of sun climbing through early morning mist, with an aching motif stated first by Kari Heinilä on tenor saxophone, then echoed on trumpet. Another highlight follows on the suite-like "Procession" where an emotionally charged piano/bass duet and portentous fanfares bookend a series of bristling horn pontifications.

"Spirit Bear," introduced by Haarla on chen (a Taiwanese relative of the Japanese koto), drifts edgily, full of eddies and undercurrents. Only "Legend of Cranes," where a boppish theme erupts out of a nervy improv, is in anyway a flag waver. "Vesper" closes the album as it began, in a swelling lyricism of gauzy reeds and brass, embellished with shimmering cymbal and airily melodic bass. But whatever the tempo, Haarla thrives in triumphant fashion, well-matched by TUM Records' immaculate production standards for both packaging and audio quality.