This pre-war label recorded a full spectrum of sessions from jazz to blues, ethnic to sound effect records and everything in between. 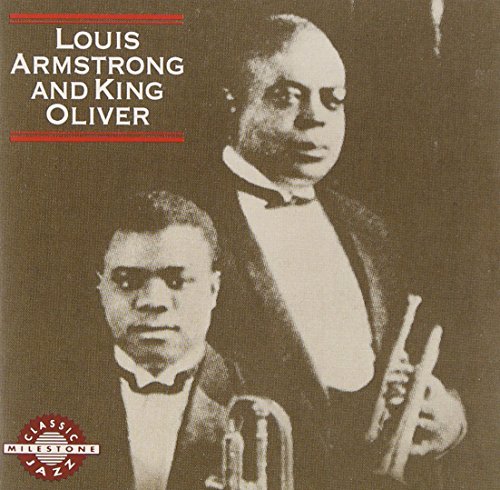 I have started a project that is equally exciting as it is daunting. I am compiling a complete discography of the Gennett record label, it subsidiaries, licensees and all the recordings made in it’s Richmond, Indiana recording facility. This pre-war label recorded a full spectrum of sessions from jazz to blues, ethnic to sound effect records and everything in between.

In addition to its own label, it had a subsidiary label called Champion and a joint venture with the Sears Roebuck mail order catalog called Silvertone and that is only the tip of the iceberg. They also did custom recording for anyone that wanted to book and pay for studio time and pressing costs. So for a label that existed for no more than 20 years, it was responsible for so many recordings, some great and some, well, we’ll get to those some other time.

Gennett Records was an outgrowth of the Starr Piano Company and it’s executives’ vision to “to pursue every kind of instrument, machine, device, process and material necessary and suitable in and about the production, preservation, use and control of sound vibration for musical, commercial, and other economic purposes.” This led to the creation of a recording label, which was eventually named after the current factory president and owner, Henry Gennett.

Quickly taking advantage of their piano distribution network, Gennett began releasing similar sounding recordings that the three ‘majors,’ Victor, Columbia and Edison were releasing. It was a more European tradition style of pop, classical, opera, and brass bands. They soon learned that it was difficult to compete with the Big Three and a craze began in the major cities and their Chicago store manager arranged for some of the local artists to record in the Richmond, Indiana studios. The first ones we’ll explore are probably the most famous and treasured recordings made on the Gennett label, the recordings made by King Oliver and his Creole Jazz Band on April 5th and 6th of 1923.

King Oliver was one of New Orleans best coronetists and a member of the highly regarded Kid Ory Band. Oliver decided to head up to Chicago in 1918 and formed his own group and dubbed it The Creole Jazz Band. He eventually called upon his replacement in the Kid Ory Band to come north and join his Creole Jazz Band. As the young coronetist said “Nobody could get me out of New Orleans but Oliver!” And soon Louis Armstrong had arrived in Chicago and joined his idols new incarnation.

With the early success of Gennett’s recordings with the New Orleans Rhythm Kings, a pipeline was opened up that brought Chicago artists down to Richmond, Indiana to record and soon the Oliver band was on it’s way to record what still stands up today as some of the greatest jazz recordings of all times.

It didn’t take long for Oliver and Armstrong to develop a sort of dual lead responsibility that was usually reserved for one coronetist. A pattern similar to a boxers’ bobbing and weaving motion became a unique staple of the Oliver outfit and helped make the Creole Jazz Band one of Chicago’s hottest and most popular outfits. That approach defines these recordings as both historical in approach and exciting listening. The band, too, was made up of some of the best players of all time. The core Oliver band consisted of Johnny Dodds on clarinet, Baby Dodds on drums, Lil Hardin Armstrong on piano, and Honore Dutrey on trombone. Many musicians at the time were mesmerized by the genius of these recordings; they had been ‘hearing’ about Armstrong for sometime and now they could hear him.

These recordings were made acoustically, which meant the band performed live to master into a horn. The only way to place the instruments so they sounded balanced was to place the musicians throughout the studio room based on volume. For example, a bass and pianist would be up in front of the horn and the trumpet would be in the back of the room. Legend has it that Armstrong’s playing was so pronounced and dominating that he had to be placed way in the back of the recording studio. Of course, the legend has been exaggerated that Armstrong was down the hall or in another room, but that is very unlikely. However, in these recordings we can hear his power and clear tone that most likely he was positioned somewhere near the rear of the studio, but so might have been Oliver. There is no doubt though, that Armstrong’s tone dominated these recordings but not based on volume, but on virtuosity.

Amongst the treasures in the Gennett catalogue of Armstrong’s first recordings are “Canal Street Blues,” “Chimes Blues,” “Dipper Mouth Blues,” “Alligator Hop,” two takes of “Mabels’ Dream,” two takes of “Southern Stomp,” (The last two are from a December 1923 recording date in Chicago) and “Froggie Moore.” Having two takes of anything from Gennett is a rare treat, as if not used; the recordings were scrapped literally for scrap material. You can hear some of these recordings at www.redhotjazz.com .

While there are many reissues that contain the Oliver / Armstrong Gennett sessions, the one I find most enjoyable is the Milestone records release Louis Armstrong and King Oliver. It contains all the recordings for those historical sessions, as well as the recordings that Armstrong made for Gennett with the Red Onion Jazz Babies, a New York ‘super-group’ of sorts.

Also the Starr Gennett Foundation has been formed to preserve the recordings and history of this label. They have also released a multiple set of CD’s of some of Gennett’s historical jazz recordings. You can check them out and get involved at their website www.starrgennett.org .