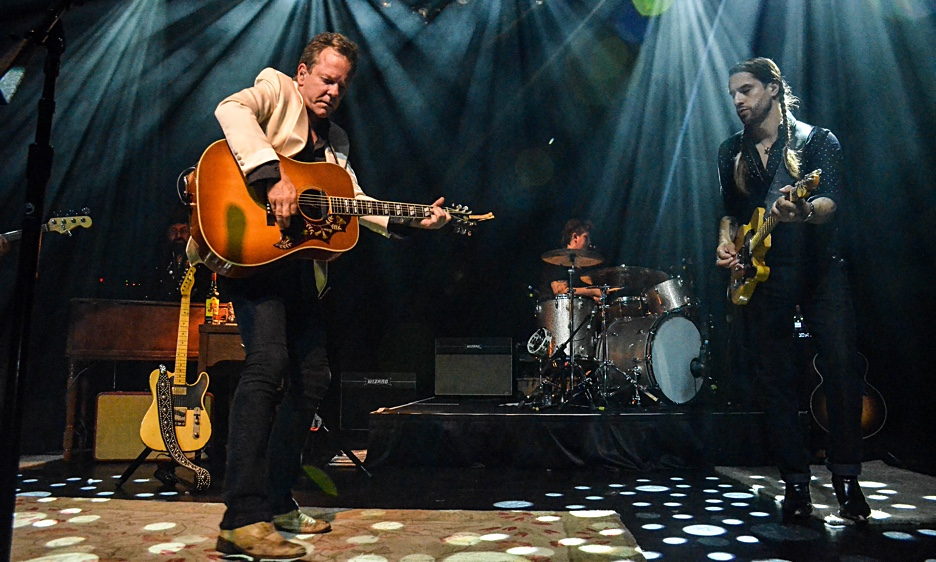 Kiefer Sutherland is best known as an actor, voice actor, producer and director. He is known for his role as Jack Bauer in the FOX drama series 24. Sutherland won an Emmy Award, a Golden Globe Award, two Screen Actors Guild Awards, and two Satellite Awards for his work in the iconic series. Sutherland also starred on television in the ABC/NETFLIX political drama series Designated Survivor.

Sutherland has been inducted to the Hollywood Walk of Fame and received a Lifetime Achievement Award at the Zurich Film Festival. He is the son of Canadian actors Donald Sutherland and Shirley Douglas.

He is also a singer-songwriter. In 2016, Sutherland released his first album Down In A Hole on Warner Brothers Records. His latest release is Reckless & Me (BMG, 2019). Sutherland's tuneful muse has taken him down a road paved with classic rock, straight-forward Americana, heartfelt ballads, the blues, folk-tinged melodies, country infused rock 'n' roll and bar band good time music.

On a warm, sleepy late June evening, Sutherland and his band touched down at New York City's Irving Plaza for what would be one of the last five shows before the legendary venue would close for a planned renovation following Anberlin's July 7th concert. The audience was filled with die-hard fans who love his movies, music fans who had discovered his well-received CDs, celebrity worshipers and the curious who wondered if the actor could sing. When he and the band hit the stage, Sutherland answered that question with a resounding, "Yes!"

Sutherland kicked off the show with the alt-country rocker "Rebel Wind" and immediately got the audience's attention. Highlights of the performance included: "I'll Do Anything," with its country shuffle arrangement; "Not Enough Whiskey," that featured his raspy voice and sad lyrics; "Can't Stay Away" with its roots-rock vibe; the tender "Open Road;" the slow, but lovely "Faded Pair of Blue Jeans;" the cover of Patty Loveless' "Blame It On Your Heart;" the fun drinking/party song "This Is How It's Done" and the title song from Reckless & Me.

The main set ended with "Honey Bee" a deep album cut off Tom Petty's Wildflowers album (Warner Brothers, 1994), the swampy blues-rocker "All She Wrote" and a powerful bluesy and rocking take on "Down In A Hole" during which Sutherland played to the crowd and was rewarded when the audience erupted into whistles and loud cheers of approval. The encores were well chosen. Sutherland sang a fantastic version of Bob Dylan's "Knockin' On Heaven's Door" which thrilled the crowd as did the show's closing number, the blues-rocker "Agave."

The evening's performance of gritty, reflective and personal songs about drinking, loss, driving, family and relationships was a passionate foray into the life of the star. Sutherland made the show conversational, telling stories about the genesis and evolution of his songs. His set of rollicking, Americana-tinged rock numbers which echoed Tom Petty, Bob and Jakob Dylan, Bruce Springsteen and Merle Haggard was wonderfully performed. As he left the stage, it had become clear that Kiefer Sutherland, the actor, should also be thought of as Kiefer Sutherland, the musician.