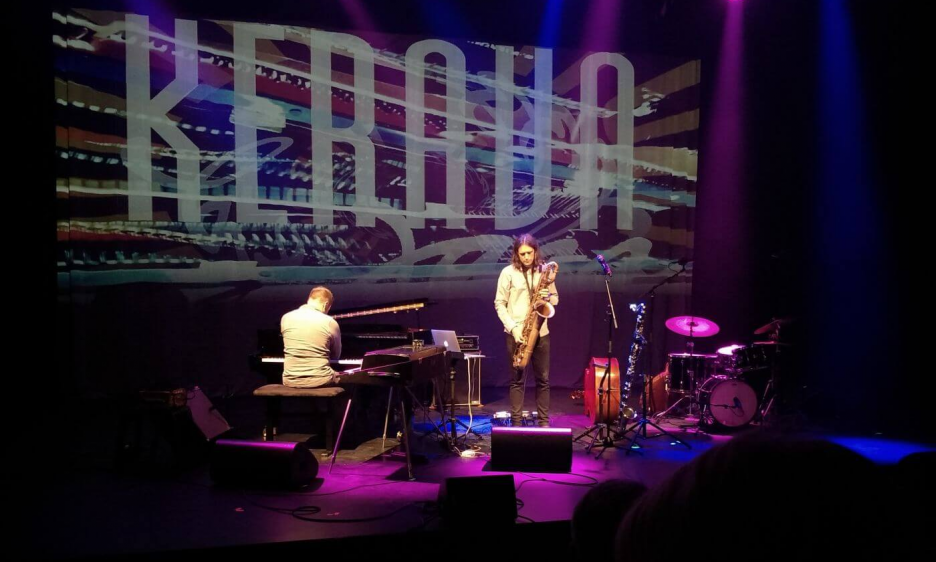 With the support of the city fathers, Kerava Festival hosts a shimmering array of instrumental music from the far reaches of the jazz catalogue.

The town of Kerava plays as much roll in the lives of most Finns as just its fleeting name on the station that express trains speed through on their way to the capital Helsinki, 20 miles south. Or for the international traveler it's maybe the glimpse of an grey suburb huddled around a lakeshore as one's plane descends to the capital's airport at Vantaa. But on a weekend once a year, and for the last 27, this rather sleepy Finnish commuter town has played host to a variety of jazz luminaries such as Anthony Braxton, Bill Frisell, John McLaughlin and many more.

The festival is held over the last weekend in May, at the time when many artists are beginning their European summer tour, and hosts a handful of international artists performing at the main venue, the predictably concrete and glass concert hall now called Keuda Hall just a stone's throw from the station in the spacious modern town center. However, equally importantly, the festival sees a number of free concerts usually featuring younger Finnish artists. These included this year student ensemble Njet Njet 9, guitar/drum duo Milo and Moses, as well as veteran saxophonist Pertti Lahti. This is part of the reason why Kerava Jazz has to be considered a festival dedicated to pure jazz, and typically of the most intense, challenging variety.

Two concerts formed the focus for four headline acts this year, and my participation in the second of these convinced me that to have taken in the whole day's program would have been truly demanding! The first two shows saw the duo of Joachim Berghäll and Antti Kujanpää who are two younger musicians from Helsinki's lively music scene, where distinct genres and styles have long since ceased to exist. They have both played in a variety of bands, but Kerava was their first time playing together as a duo, and it will be interesting to see if they find a regular market for their kind of sometimes whimsical, adventurous ethnic jazz. By contrast Svenska Kaputt is a Swedish band with clear influences of Nordic jazz-rock of the previous century, picking up some of the sounds of Norwegian guitarist Terje Rypdal, as well as some shared members with Norwegian contemporaries Elephant9. Jonas Kullhammar on sax and Reine Fiske on guitar are both veterans of the Nordic crossover scene, the latter having recently been playing with metal/noise pioneers Motorpsycho. Their music in this line up is less unrestrained but still a good contrast to the more fanciful style of Berghäll and Kujanpää.

The second major concert was also in the 400 seater state of the art hall, which was about one third full with a fairly hard-core jazz audience. The music of cornetist and performance artist Rob Mazurek and drummer Chad Taylor of Chicago Underground, accompanied on this tour by Englishman John Edwards (on bass) and Alexander Hawkins (on piano) is also pretty hard-core. And that applied from the first, initial unannounced slap on the back Thomson's contrabass, to Mazurek's nonchalant dropping of his bell/cowbell musical lei near the end of the encore. With Mazurek alone out front, having been accompanied earlier on the tour by Evan Parker, the rolling free exploration frequently pivoted on his wheedling cornet, or at one point a spoken word narration. But this was a group performance in the true sense of excellent musicians collaborating at a level of unspoken communication that went at times in four different directions at the same time. Truly mind-expanding.

Again by contrast, Frenchman Régis Huby 's Quartet playing his work Equal Crossing was a performance strictly confined to the leader's composition, which itself is based on ideas from Claude Levi-Strauss' anthropological text 'Race and History.' Where the preceding Underground had reveled in the enthusiasm of the moment, Huby's piece was ever thoughtful and intriguing but very measured. With a lot of electronics on hand, especially from Huby's violin and Bruno Angellini's Fender Rhodes and Moog, not to forget Michele Rabbia's box of tricks beside his drum kit, the directness of Marc Ducret's guitar sound was quite refreshing. If his urgent, intricate style was compromised by the requirements of the piece's structure it didn't prevent him from being the focus of visual attention with his gaunt appearance and pterodactyl contortions.

With the support of the city fathers, Kerava Festival hosts a shimmering array of instrumental music from the far reaches of the jazz catalogue. Long may it continue to receive the support also of the dedictated listeners who gather yearly in this true outpost of Finnish jazz.