In getting his act together for that, Scott got into jazz. "I got my audition together. I went in and I played 'Seven Steps to Heaven' and ever since, that was it. It started right there. It was one of those things where I was talented enough to get into the school, and then being at the Performing Arts High School being around so many guys and being given so many opportunities from Bob Morgan, our teacher. Everything just kind of fell into place.

Such was the wealth of musical talent in Houston that his earliest influences on drums were hometown friends Chris Dave and Eric Harland, both prominent in the current music scene. "Then checking out records by Max Roach, Tony Williams, Jack DeJohnette, all those guys, says Scott. "People like Shadow Wilson. Drummers that don't get recognized much. Roy McCurdy. I used to makes tapes, go up in the library and listen to them at the school.

The high school was also an introduction to the real music world. "Our teacher actually went out and got gigs for us. We were playing gigs maybe three times a week. If we kept our grades straight, we actually played some gigs and make a little bit of money too, he chuckles. "That was more incentive to be on it with the grades, and also be on it musically. Our best combo would be the one to be doing all the gigs. We would do parties and functions. If you think about just the experience of going to a gig, being on time, being dressed, being ready to go. Also speaking with people, and everything, when you get there. We had those experiences in high school, and some people don't even have that when they get out of college. Those were great experiences.

His high school career included student awards given by Downbeat Magazine and the Clifford Brown/Stan Getz award, given by the International Association of Jazz Educators and The National Foundation for the Advancement of the Arts.

Outside of the drums Scott, like many others, was into the music of Wayne Shorter. But it was the sound of a band as a working and growing unit that also had a strong effect on the young drummer. "I'll tell you about the influence on the band. In Oracle, it has a lot of influences from things like the Pat Metheny Group, to things like Mark Turner and Kurt Rosenwinkel's group, things from Miles' band with Tony and Wayne and everybody, and Wayne and Herbie's music. A lot of Wayne Shorter, the feeling of his music. And also Brian Blade Fellowship.

"There are so many influences on me. I love Cannonball Adderley. I just love the sound of bands, not just all-star sounds where it's great people, but they're not all sounding as one. Ahmad Jamal's trio, that's a band. When I put that on, oh man. Everybody's working together. They all rise and fall together. So many other people's bands. Trane. All the greats. Freddie Hubbard.

After high school, it was off to the renowned Berklee College of Music in Boston for young Kendrick. The experience was different than many, because he majored in music education, "which had nothing to do with jazz and pretty much nothing to do with playing the drums. So I would go to class and be learning how to finger the flute and how to conduct. Then at night I would play. All my other friends—besides Walter Smith. Walter was doing it too—were in the jazz department. It's funny that I wasn't in the jazz department. I had a few ensembles and things, but I was totally on the other side in school. But outside of school I was with everybody else. Part of that experience was hanging out with outstanding musicians like Lage Lund. Christian Scott, Jeremy Pelt and many more. 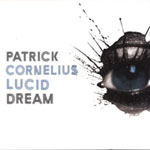 Scott didn't have to wait long after graduation to find work.

"I went straight on the road with Joe Sample and the Crusaders. I was real blessed. The crazy thing about it is that when I had my cap and gown on, Terence [Blanchard] called me to join his band, but I had already committed to Joe Sample for the summer. I literally graduated and went on tour with the Crusaders. When I had about a week off, I moved to New York. Then I finished out the tour with the Crusaders and in October I started up with Terence. That was 2003.

He's worked steadily ever since with many of New York luminaries. As he spoke, he was ready to go off with John Scofield and John Patitucci for a gig in Hartford, Connecticut. "It's been surreal. It's a blessing, the way that everything happened. I know so many people come to New York and really struggle and work really hard to get where I just started at. The only thing I can do is work hard and try not to take for granted the really great things that have happened.

Now, his band Oracle is important to him, in addition to his work with trumpeter Blanchard. "The Source is a real achievement for me. I'm starting to accept who I am, and also realize it's only a snap shot of that moment. The growth can be documented further.

Oracle "is definitely something I'm going to keep going. It's all based on availability. Right now, the regular band that I've been having has been Derrick Hodge on bass, Aaron Parks on piano, Mike Moreno on guitar, Myron Walter on alto. The tenor has been changing. Everybody's availability has been different. But that's the core group.

"Other people have been coming in as special guests. We invite Gretchen up as a special guest most of the time. Robert Glasper and Lionel Loueke are expanding out so much and touching so many people's lives. Actually everybody in the band has their own thing going. I just try to keep the Oracle name and the vibe together and try to be consistent with the music, but I know the players will be interchanging because they're involved in so many things and they are bandleaders on their own.

He wants to keep developing his music and his concept for Oracle. Scott is also about bringing quality music to the people that doesn't dip to low common denominators. It's a concern of his that music remain high art, and that people be exposed to arts of all kind; music of all kind.

"I hate to draw the line sometimes between good and bad music. But there's a lot of bad music that's popular right now, he says in earnest. "I don't think we should dumb down our audience. I think we should build our audience back up for good music. That starts with education.

"I'm not even talking about jazz. I'm talking about having arts in schools. Kids being exposed to classical music. I don't want to take hip-hop away from anybody. I don't want to take rock away from anybody. I actually want to give everybody everything. Kids should be hearing what klezmer music sounds like. They should know classical music. They should hear a little Miles in elementary school. They should hear whatever. It's the lack of them hearing everything that makes them closed-minded when they get older.

Scott's CD release party was in May, 2007 at the Jazz Standard in New York City and he hopes to be booking more gigs for the band. He also recently recorded a new CD with Blanchard, called A Tale of God's Will. It's comprised of the music from a documentary Blanchard scored for When the Levees Broke, the Spike Lee documentary about the tragedy of New Orleans after Hurricane Katrina. "We each put a composition on the record. My composition 'Mantra' is on the CD. The whole CD is with an orchestra, so I wrote it for orchestra. It's a really beautiful CD. We're going to be starting to do some gigs with the orchestra, featuring some of that music.

In early 2008, Scott will be featured as an artist on the Monterey Jazz Festival 50th anniversary tour, along with Blanchard, Derrick Hodge, Nneena Freelon on vocals, Benny Green on piano and James Moody on tenor sax. So times remain busy and Scott has his eyes open already for the next project for his own band.

"For me, The Source has been a two-and-a-half year project, so I'm moving on. I'm already thinking about concepts for the next record. I haven't completely written everything yet, but I definitely have concepts, the name and all of that stuff. It's already working in my head. I'm keeping that stuff to myself right now. Let's get ready for the next one. Like I said, it's a snapshot. I don't want to wait too long. I don't want to see this snapshot now, and I'm 26, and wait until 36 until the next one, says Scott, grinning, "I'll have all my gray hairs by then.