Kellylee Evans: A Nod to Nina, Then Onward

By R.J. DELUKE
December 27, 2010
Sign in to view read count
She started doing some local gigs, but not many. "I didn't have a CD. Finally, I made a little demo of about four songs; four standards. Things really started moving when I started writing and I decided to record a CD." She met Plaxico at the Ottawa Jazz Festival, where he was performing with Ravi Coltrane. "I talked to [Plaxico]. When I finished writing my music, I sent him some guitar and voice recordings. He said, 'Wow. This is great. Come and we'll put it together.' I told him who I wanted to work with. He tried to find them or people who were comparable. We made my first album over about four days in Manhattan. It was fun."

It was some of those original tunes for the first CD that she submitted to the Monk Institute for the competition. "We put together a CD. Then I heard about the Monk competition. I submitted some of the songs we recorded for the CD in the competition. That's how things started. I really went from very light gigging into a professional career very quickly," she notes.

At the Monk competition, in Washington, D.C., the judges were heavyweights: Kurt Elling, Jimmy Scott, Dee Dee Bridgewater, Al Jarreau, Flora Purim and Quincy Jones. "It was really exciting. I got to interact with a lot of the people I'd been listening to all my life. For instance, Kurt Elling. I'd grown up listening to Quincy Jones and people he's produced, whether it the jazz world or pop world. So to have him be one of the judges was a big deal for me. I wouldn't be anywhere without it."

She has been pushing her singing career ever since, as well as being a mother of three kids, whom she home schools. The first recording came out in 2007 and the second last February. She regrets not having more formal music training, but that's coming. "I go through periods where I try to learn again. But I haven't really buckled down. I've been learning French in the last little while. I'm realizing it's not as hard as I made it out to be. It's just a matter of buckling down and doing the work. It's the same with music. I just need to buckle down and do the work. One day I'll be a player too," she says chuckling in her typical fashion.

Formal training or not, she functions well in her chosen field. The Good Girl is not for pigeonholing into a genre. The songs come from Evans' personal vault. "I Don't Think I want to Know" is a cool, bluesy offering, while "How Can You Get Along Without Me?" is a softly swinging affair to which it's possible to imagine Billie Holiday taking a liking. "Who Knows" is soulful pop. This is not pop schlock.

As she grasped things from listening to Lincoln, "I left jazz and went more into writing popular songs. I think that's where I still am. This foray into performing the standards [Nina] has been really helpful. Just to get back to listening to other people's writings and singing other people's writings. It's been good because I think you can get into a pattern with your own work when you're just writing. Having to sing all these famous covers written by other people has been helpful in inspiring new music for me." 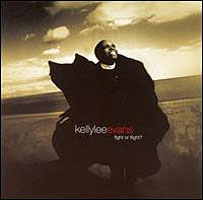 She adds, "I've had vocal inspiration and lyrical inspiration all over the place. I love listening to Coldplay. I love Jamie Cullum. I love Feist, a Canadian artist here. There are just so many artists out there. I listen to as much as I can. I also listen to a lot of children's music."

Her only other regret is not having made a better business plan for her music career, since she switched gears so quickly. "If ever somebody came to me and asked me how to go about music, I would say be really smart about the money. That's how you get hurt. Figure out how to do as much as you can for the least amount [expenses]. Right away. Right off the top. Don't go into debt too much. You can do anything if you're not worried about where every dollar is coming from. There are a lot of smart people out there that keep their costs down from the beginning. That wasn't me. So I've got quite a lot to pay back. I don't regret music, I just regret not being a better business person."

Nonetheless, "I love music, so it's been pretty easy to keep going forward." 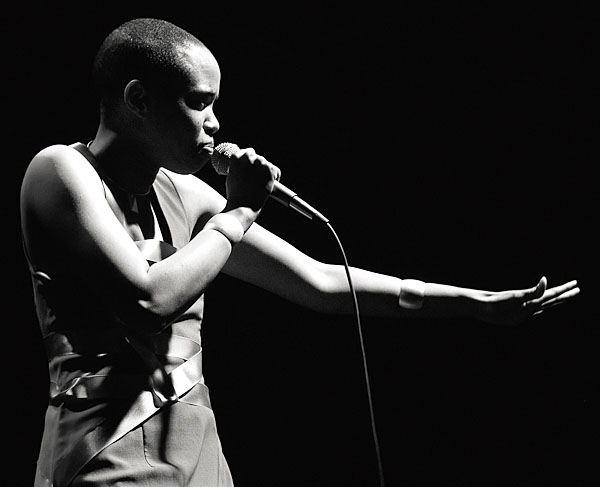 Kept busy at home with her children, Evans writes songs when she can carve out the time. "That's something I need to get to. I just haven't put the importance on writing as much as I have on all the other things that are important. When I do write, I cherish it."

Evans has done some performing in the U.S., but currently she says France is where things are moving and she recently returned from a performance at L'Olympia, in Paris, "which is an awesome venue. We go back again in February. It's great."

With the help of her family, she strives for the proper balance of career and home life. Expanding her career is important enough "so we make everything work with it. That's how mom stays sane," she says with a soft laugh. "I have to sing; I want to continue to travel and play to bigger and bigger audiences across the world. I love this job. I'm hopeful. I've got my fingers crossed. I love this."