By JEFF DAYTON-JOHNSON
August 4, 2013
Sign in to view read count 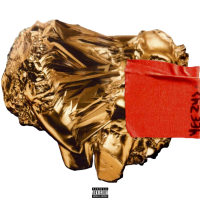 Ben Jonson said of his dead child, my sin was too much hope of thee, loved boy. We too easily take what the poets write as figures of speech, as pretty images, as strings of bons mots. Sometimes perhaps they speak the truth.
—Margaret Drabble, The Millstone (1965).

Every time I write these words they become a taboo
Making sure my punctuation curve, every letter is true
Living my life in the margin and that metaphor was proof
I'm talking poetic justice, poetic justice
If I told you that a flower bloomed in a dark room, would you trust it?
— Kendrick Lamar, "Poetic Justice," from good kid, m.A.A.d. city (Interscope, 2012).


There are plenty who will tell you that rap music is poetry; at least some of them mean that in a fairly precisely literary sense. Among the literary characteristics of poetry is the ambiguity highlighted by novelist Drabble above: sometimes it's "strings of bons mots," sometimes it's the unvarnished truth. If anything, rappers are too frequently taken literally, at their word. And their words can be harsh, even cruel—while still dizzyingly poetic. Rapper Kendrick Lamar, aware that his stanzas will be scrutinized, poignantly claims for himself the mantle of poet, with all of its artistic connotations. Sometimes it's gritty vérité; and sometimes it's figurative, like a flower blossoming in the absence of light.

The tendency to hear rap lyrics with clinical literalness is one important strain in the media frenzy that met the release of rapper Kanye West's Yeezus in June 2013. He says some pretty outrageous things herein. "I am a god!" he thunders; "hurry up with my damn massage!" And, "[I] put my fist in her like a civil rights sign," he boasts, managing to be misogynistic while misappropriating the iconography of the Black Power movement in one fell swoop. Reviewers took exception.

The backlash was driven in part by the initial overweening enthusiasm with which the record was received; some began to suspect that Emperor Kanye had no clothes on. And in part, it was an understandable reaction to the pre-release hype, a textbook case of what Joni Mitchell famously described as "stoking the star- maker machinery behind the popular song." This included a lengthy New York Times interview in which West likened his impact to that of Steve Jobs.

These reactions to Yeezus make no sense if the record is considered in a vacuum. The unease of many early reviews stems from the contrast between the sound of this record versus those that preceded it.

What distinguishes the best of West's pre-Yeezus work is the remarkable and unusual consistency of his records on three levels: the lyrics—the poetry, really; West's vocal delivery of those lyrics; and the musical production.

On the lyrical front, songs like "Crack Music," (from Late Registration, Roc-A-Fella/Def Jam, 2005) evinced an extraordinary control of concepts, multiple layers of meaning, and a performance that beats poet Gil Scott-Heron at his own game, that of social criticism. (West makes it easy to compare, sampling Scott-Heron generously on earlier records.) And West deployed a variety of personas, beyond that of the socially conscious poet: the pilgrim setting out on a journey of discovery; the flawed romantic; the budding egomaniac. And this multiplicity of characters was complemented by a generous line-up of guest rappers and vocalists (who would at times upstage their host). Thus when West raps with urgent violence, there is some question about whether it's West talking, or whether it's his dark, twisted fantasy.

What happens on Yeezus is a narrowing of the dramatic focus—from the panoply of personas to that part of West's public personality famously (and more or less accurately) characterized by President Obama as a "jackass." And while Frank Ocean and Bon Iver lend vocals to the record, there are no other rappers invited.

The jackass is the main character of Yeezus, unrelieved by variety or much dynamic range. This personality can be traced back through West's earlier masterpieces—on "Monster," from My Beautiful Dark Twisted Fantasy (Roc-A-Fella/Def Jam, 2010), back through "We Major," with Nas, from Late Registration. But as one follows the development of this persona through Yeezus, there is a hardening of West's affect, a deadening of the earlier abundant humor. Not so much a jackass as a hardass.

Arguably, the narrative content seeks to shock and provoke an audience inured to extreme displays of verbal exaggeration. This is the message of rocker Lou Reed's glowing review of Yeezus; he judges its shock and awe a great success. But it's not just that the poetic persona is narrowed; West's lyrics are less carefully elaborated, less effective, than in the past.

And then there's the music. This telescoping of the jackass into the hardass is accompanied by an even more radical narrowing of the musical production from the sumptuous, baroque splendor of earlier records, to a harsh, stripped down sound largely drawn from house and techno. West's rapping is accordingly more urgently and angrily declaimed than in the past: on "Black Skinhead," it even sounds like the engineers amplified the sound of the sharp intake of breath between each line. The new house sound is jarring, but fails to move in quite the same way as the earlier records. "Black Skinhead" evokes 70s glam rocker Gary Glitter—catchy, but not too cool.

On repeated listenings, the initial shock of the hardass persona and the industrial music subsides and some of the old Yeezy rises to the surface. A little humor (much of it mean-spirited) is in evidence, as is uniformly good flow in the rapping. There are even a couple of passages of vintage-West symphonic grandeur, most notably in "New Slaves." Most significantly, the forthright postmodern Scott-Heron sputters effectively, if crazily, on the chaotic "Blood on the Leaves," with its sample of Nina Simone singing Billie Holiday's "Strange Fruit." He triumphs, fleetingly, on "New Slaves": "You see it's broke-nigga racism / That's that 'Don't touch anything in the store' /And this rich-nigga racism / That's that 'Come in, please buy more. / What you want, a Bentley? Fur coat? A diamond chain? / All you blacks want all the same things.'" And "Bound 2" is declaimed over sweet '70s soul.

Saxophonist and composer Anthony Braxton, in his Tri-axium Writings, argued for the consideration of a given recording or performance in the larger framework of the artist's total corpus (a perspective too often denied to the assessment of African-American artists): "This is not to say that one is not free to so-call like or not like a given piece of music—because everyone has his or her own taste. But the reality of a given participation must be viewed in its total context—because the realness of an individual's music is not about one aspect of a given offering." (Braxton also said that "the history of music evolution is not the history of nice guys.")

It's in this spirit that Yeezus merits a close listen; because West is an artist whose record of excellence is breathtakingly vast. The emperor most certainly is clothed. Nevertheless, on Yeezus, his finery is diminished: it is not so much a misstep as it is a mixed success, poetically and musically.

On Sight; Black Skinhead; I Am A God; New Slaves; Hold My Liquor; I'm In It; Blood on the Leaves; "Guilt Trip; Send It Up; Bound 2.