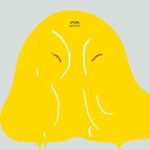 As challenging as free improvisation can be, the truth is that while it may appear to be an aimless mixture of sounds found or otherwise, in the right hands it is something that—best absorbed as a whole rather than a collection of individual parts—can be as beautiful as it sometimes is jarring and off-putting. Spunk pushes the limits of acoustic and electronic instrumentation, as well as voice; but with an injection of humorous absurdity that may, perhaps, be best experienced live as it was at the 2008 Festival International de Musique Actuelle de Victoriaville. This all-female Norwegian collective's ability to create sound collages with a purpose has never been stronger than on Kantarell.

Maja Solveig Kjelstrup Ratkje may be the best-known of the bunch, a serious new music composer who has contributed to ECM recordings by accordionist Frode Haltli including 2007's Passing Images, and whose own River Mouth Echoes (Tzadik, 2008) was a compelling blend of tough composition and curious spontaneity. But here she's just one member of an egalitarian collective who, much like her bandmates, occasionally comes to the front of the mix, but is more often found as part of the overall sonic collage. Jazz may be distanced from the music Spunk makes—its reference points leaning more towards contemporary classicism—but on "Quadralogue," Ratkje delivers a brief passage of scatting that suggests it may not be as far away as some might think.

Cellist Lene Grenager pushes through the opening electronics of "Mosegrodd," a piece that indirectly references Ligeti, but also an idiosyncratic kind of Nordic cool, as it evokes skewed images of jagged landscapes. She creates angular harmonics that act as a bed for trumpeter Kristin Andersen and French hornist Hild Sofie Tafjord's long tones. "Ankomst," on the other hand, pushes the limits of sound in a brief two minutes, combining sawed strings, deeply processed horns and a theremin that reaches up into the stratosphere; while "Ute," another miniature, builds on percussive sounds, with cello and recorder creating strangely appealing sonics in a curiously traditional-sounding piece.

"Tremble" is an appropriately named opener, with percussion and electronics creating an undulating sound that's at the foundation of a piece that gradually densifies, while "The Lake," with its long periods of near silence, is Spunk at its calmest and most spatially reverent. The 10-minute "Bipolarity" is, however, Kantarell's strongest piece, where seeming stasis shifts almost imperceptibly, until greater percussiveness takes over, with Ratkje looping a brief vocal fragment as the piece becomes even more jagged, while Spunk approaches greater extremes both sonically and dynamically.

Spunk is never for the faint-at-heart; but for those who can take its music as the evocative (and provocative) soundtrack to an imagined alien landscape, Kantarell yields plenty of dividends.