By BRUCE LINDSAY
November 9, 2015
Sign in to view read count 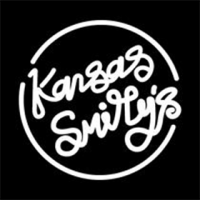 Kansas Smitty's is the debut album from the eight-piece Kansas Smitty's House Band, a London-based octet with an open approach to the integration of many jazz styles. The result is a refreshingly original debut album filled with some of the catchiest and most engaging music around.

House bands have a long history, playing regular but badly-paid gigs in dives and other dodgy establishments at the beck and call of dubious owners. Kansas Smitty's House Band follows that tradition but only to a degree—the residency is at Kansas Smitty's in the east of London, the (far from) dubious owners are the band and the establishment's speciality drink is the julep in a variety of forms.

The band name might suggest a harking back to the early swing of speakeasies and joints, but Kansas Smitty's is a band that's inspired and influenced by a host of different genres from across the history of jazz—notably swing, blues and Kansas City (unsurprisingly), but also more contemporary styles. It doesn't just trawl through the jazz back catalog for its material however: every track on this album is an original number written by the band's members, saxophonist Giacomo Smith claiming the lion's share of the credits.

Smith's "Get A Move On" acts on the demand of its title—a fast, driving, rhythm underpinning a punchy, horn-led hook. It also marks the first appearance of Theon Cross' tuba, an instrument whose low, fruity, tone adds impact to the rhythm section and never fails to make every tune sound a little more joyous. The mood swiftly changes with "Warm Embrace" by Smith and saxophonist Ruben Fox: it's a romantic slow song, with trumpeter Pete Horsfall 's sweet-toned vocals giving it a rather innocent charm.

Drummer Pedro Segundo and Smith co-wrote "The Call," a tune that bears a more-than-passing resemblance to Juan Tizol's "Caravan." Horsfall's "Backyard BBQ Blues" swings with the easy charm of a Louis Jordan tune. Fox's "You're Fantastic" is another romantic ballad, showcasing the band at its most graceful and restrained. Guitarist Dave Archer's "Gravy Train," possibly the catchiest tune in a catchy collection, is reminiscent of something John Dankworth might have recorded in the early-60s. For the gin-soaked blues of "What Would You Do" the band is joined by an excellent guest pairing of vocalist Leonie Evans (who co-wrote the song with Fox) and tenor saxophonist Mussinghi Brian Edwards.

Kansas Smitty's was recorded in one take, direct to tape on analog equipment—an approach that's finding increasing favor among young bands. Such an approach to recording seems to reflect and capture the band's spontaneity and in-the-moment musical interactions—all of which lead to an exciting and enjoyable first appearance for Kansas Smitty's House Band.

Get A Move On; Warm Embrace; The Call; Eight Ball Rag; Gravy Train; The Black Paddy; Monty; What Would You Do; Backyard BBQ Blues; You're Fantastic.