Kansas at The NYCB Theatre At Westbury 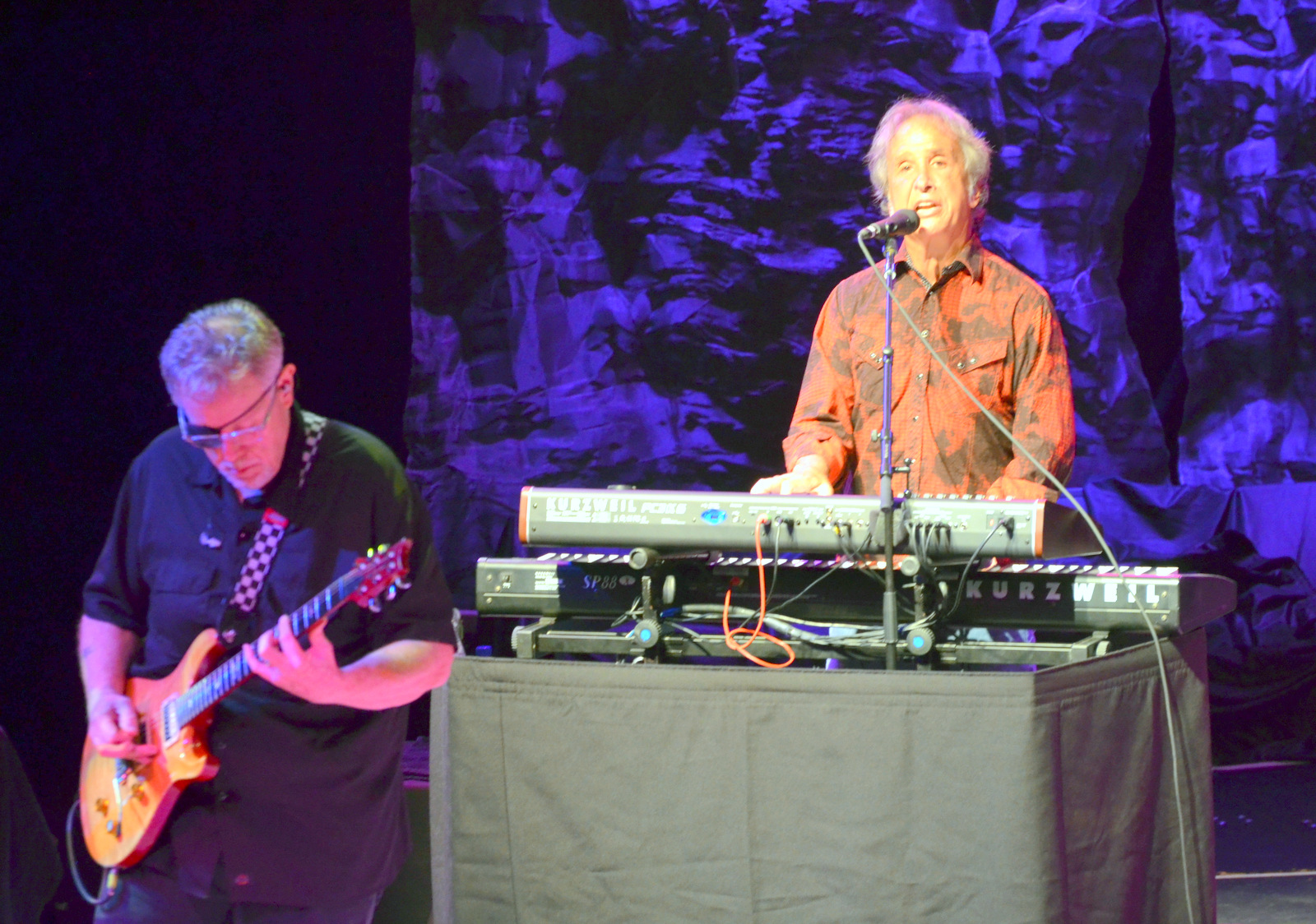 In the late 1970s and early 1980s, Kansas, with its Americana-heartland-meets-classical-with-a-dash-of-prog-rock sound, owned a large portion of AOR FM airplay. Songs such as "Carry On Wayward Son," "Song For America," "Point Of Know Return," and "Dust In The Wind" could be heard blaring from car radios and boom boxes across the country.

The evening began with a strong opening set by the Nashville-based, New York-bred Arc & Stones. The band, with a sound reminiscent of early Alice In Chains, Queens Of The Stone Age and Kings of Leon, rocked the small stage with a performance that far exceeded that of a run-of-the-mill opening act. Lead singer/guitarist Dan Pellerin who announced that he grew up "about fifteen minutes down the road in East Meadow" was both comfortable and thrilled to be performing in front of the Long Island audience. He and his bandmates' (guitarist Ben Cramer, bassist Eddy Bayes and drummer Joey Doino) set was a grungy, hook-filled, melodic live version of its soon-to-be-released, self-produced As You Were EP. Leaving the stage, Arc & Stones was afforded the ultimate respect (for an opening act)—an enthusiastic round of applause with a large portion of the audience on its feet showing its appreciation.

After a short intermission, Kansas appeared on stage. Opening with "Mysteries and Mayhem/Lamplight Symphony," the band immediately showed its musical chops by mixing complex time changes, bombastic, yet psychedelic progressive rock with pop sensibilities. The middle-aged crowd was treated to a hits-filled and best-loved album tracks set of orchestral and complex rock with classical overtures, rock riffs and pop hooks.

On this evening the band's MAIN set was dominated by songs from its biggest selling albums, Leftoverture (Kirshner Records, 1975) and Point Of Know Return (Kirshner Records, 1977) —"Miracles Out Of Nowhere," "The Wall," "Portrait (He Knew)," "Point Of Know Return" and the sweet "Dust In The Wind." These songs were augmented by favorites such as "Down The Road," "Icarus," "Can I Tell You," "Hold On," the heavy-hitting "Song For America" and "Belexes" (which was introduced as a trip back in time "to the first album... you might have heard it on Don Kirshner's Rock Concert.")

The evening's festivities ended with "Fight Fire With Fire" which was dedicated to those serving in the armed forces and yet another track from the group's golden era, Leftoverture's "Carry On Wayward Son." Williams's tasty guitar licks, Ehart's backbeat, Ragsdale's dueling guitar flourishes and Greer's thumping bass combined with Walsh's spot-on vocals to make this jam version of the song a treat for even the most jaded fan. This was evidenced by the fact that the entire song was played with almost every member of the audience on his or her feet singing along.

Throughout the past forty years, through a number of personnel changes (Walsh, Williams and Ehart are the only remaining original members) Kansas has stayed true to its progressive rock oeuvre. Not many groups are able to soldier on for such a long time while remaining true to their origins and roots. To do so without "phoning it in" is testament to the dedication and loyalty that the band members feel toward their fans, the music and their craft. When the evening came to a close, the band members took their bows and exited the stage. As the crowd exited the venue many were heard making plans to meet up the next evening in Englewood, NJ for the band's show at the Bergen Performing Arts Center.