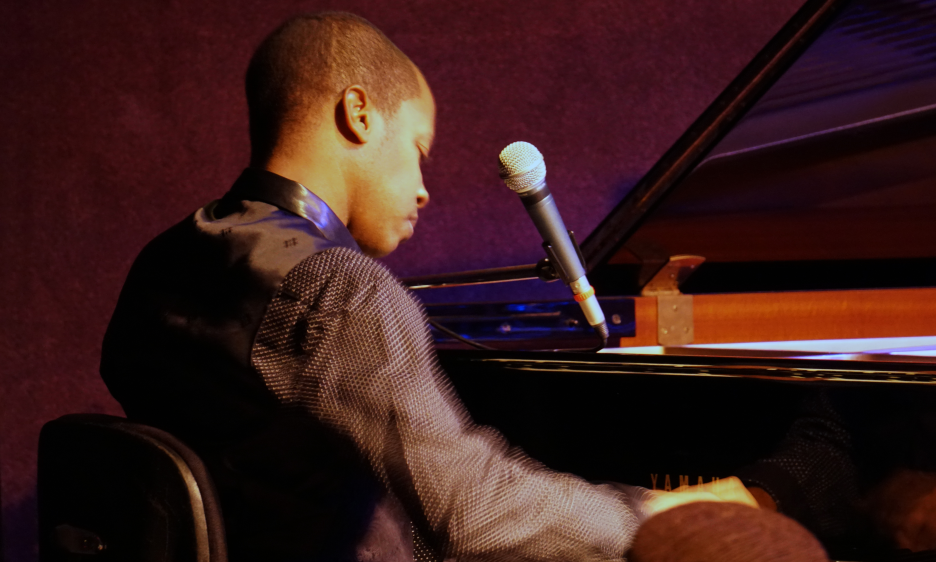 On a rainy Monday night in South Carolina, people faced a difficult choice: whether or not to leave the house to hear Martin Lesch play piano at The Jazz Corner on Hilton Head Island. The place was packed full. Lesch was joined on the stand by former Navy man and drummer Chris Russell, with Stutz Wimmer on an array of saxophones and Mitch Hennes from Chicago on stand up bass.

To end the first set they played "O Beautiful!" to thank servicemen at this special time of year, celebrating Veteran's Day. Lesch played a fast version of "Sweet Georgia Brown," doubled up to play a stride section twice as fast, then briefly he doubled again to an impossible speed. Wimmer, a respected educator for almost forty years, played alto sax with great delicacy for the thumping, traditional gospel song "Just a Closer Walk with Thee" weaving lines above the piano while Russell kept that big four New Orleans drum beat behind. Lesch played another New Orleans classic "Bourbon Street Parade" and sang the lyrics written by Bob French, once the leader of the Tuxedo Jazz Band, like his father before him. When it came to Duke Ellington's signature tune written by Billy Strayhorn "Take the 'A' Train," Hennes played the melody in clear pizzicato bass notes for his solo. Another Ellington tune "Caravan" followed, co-written by Juan Tizol and played in a hip hop rhythm by the band. On to the Beatles "Hey Jude" with an accelerated section coming to a crescendo of sound before backing down to the end.

The Monday night show is respectfully named by native New Yorker, Lesch, "A Journey through Jazz." It's the name of the very first performance at iconic New York City club Birdland, over seventy years ago.

Then, symphony orchestra conductor John Russell Morris came into The Jazz Corner, after giving his performance nearby of a program which included Stravinsky's "The Firebird." He brought with him piano soloist Terrence Wilson from New York City. Here was one of the leading young classical pianists in the country, and there was a piano. Wilson was invited to the stage and sat down on the old swivel typist's chair favored and carried everywhere he plays by Lesch. Wilson wobbled on the chair then tore straight into George Gershwin's "Rhapsody in Blue." A long way into the drama of the piece, Wilson declared "I have no idea how I ended up in that key" and, having lost his way completely, left the stage laughing loudly and with great good nature, to grand applause.

There really is nothing like spontaneous live music, played for the fun, joy and beauty of it.