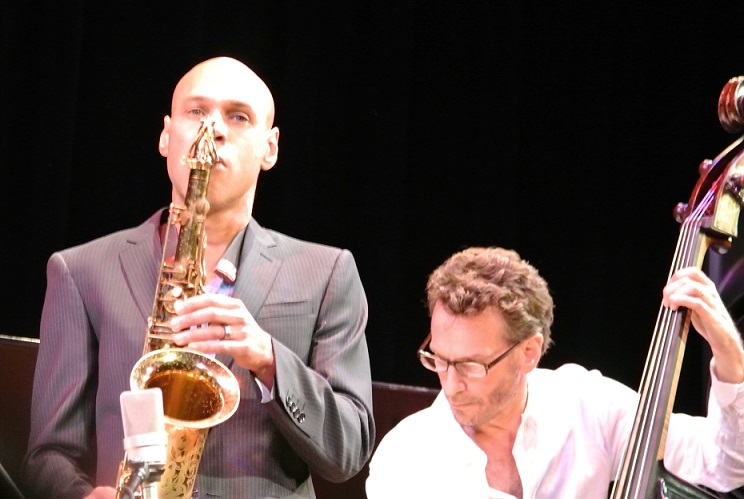 For a couple of years, it looked like the Big Apple had lost its big jazz festival mojo. New York maintained more than its fair share of jazz gatherings in 2009 and 2010, with the 92nd Street Y's straight-ahead Jazz In July, the (far) left of center Vision Fest, and the uber-popular Winter Jazzfest in play, but none of those events had the reach and marquee might of the JVC Jazz Festival, which folded after its 2008 edition. Things looked pretty bleak when that longtime event went the way of the dinosaur, but thanks to the Blue Note, jazz is busting out all over New York in June again.

In 2011, that New York jazz institution picked up the festival baton and ran with it, celebrating its thirtieth anniversary by putting on eighty shows in fifteen venues over the span of a month. Now, two years later, they've beefed up the offerings, with twice as many shows occurring in the same time span. Ambition and financial/artistic logic seem to serve as the two cornerstones of this festival, which puts everything from salsa orchestras to solo acts on display during its 2013 edition, but the former clearly ruled the night when saxophonist Joshua Redman made his way to New York's Town Hall.

Redman has spent the last two decades climbing the jazz ladder and, though he's reached the top rungs, he's still looking upward. A month before this show, he completed a jazz rite of passage, releasing a with-strings album of ballads, Walking Shadows (Nonesuch, 2013), that merged the spontaneous with the carefully constructed. That record, which covered everything from The Beatles ("Let It Be") and J.S. Bach ("Adagio") to Wayne Shorter ("Infant Eyes"), merged a stellar jazz quartet featuring longtime Redman collaborators, pianist- cum-producer Brad Mehldau, drummer Brian Blade and bassist Larry Grenadier, with an eighteen-person orchestra. The results were predictably beautiful, though the record occasionally leaned too far to the right on the carefree-to-careful curve. That wasn't the case with this debut live performance of the Walking Shadows material; the balance between those two poles was in perfect alignment at The Town Hall. Redman, his quartet mates, and The Knights, a New York-based orchestra conducted by Dan Coleman, delivered a show to remember on this particular evening.

The concert opened on Mehldau's cycling arpeggios and Redman's tenor ("Final Hour"), but that almost seemed like a warmup for all involved. "The Folks On The Hill" followed, with sweeping orchestral tides from The Knights and wondrous tenor work from the man-in-charge. Redman's eyes remained focused on Coleman during a good deal of the intricately woven take on Billy Strayhorn's "Lush Life," but he was free to do his own thing when he turned his attention toward the quartet. This fabulous foursome took a sans-orchestra trip through John Mayer's "Stop This Train," which featured some interactive groove play between Mehldau and Blade. Redman then found his way to Bach via an unaccompanied solo from Grenadier, and both men staked claim to "Adagio"; on the album, Grenadier manages to provide Baroque ballast while coming off as co-owner of the work, and the same thing happened on stage.

The orchestra returned with a performance of Mehldau's darker-than-the-norm arrangement of "Easy Living," but the mood lightened up a bit with a taste of Brazil, courtesy of Chico Buarque's music. Blonde Redhead's "Doll Is Mine," one of the most inspired numbers on the album, came off the same way in performance, as Grenadier and Mehldau became the scene-stealers of the moment. Redman's lone turn on soprano saxophone followed, as the orchestra joined in on "Infant Eyes," but his tenor was back in its rightful place for Mehldau's haunting "Last Glimpse Of Gotham" and a sensational-yet-natural "Stardust." On both of those numbers, Redman furthered his reputation as a passion player. 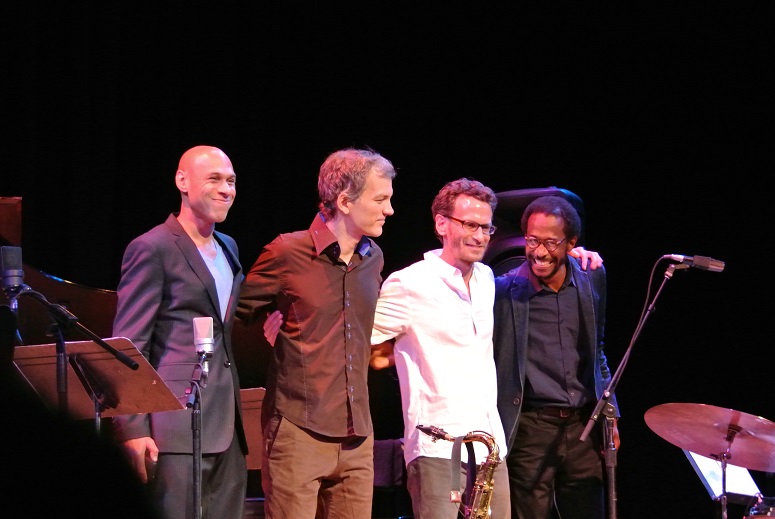 The only complete detour from ballad country came with Redman's own "Soul Dance," which gave Blade a chance to live in his grooving glory. The drummer's trademarked grin was present throughout the evening, whether flying high or providing the smallest of musical touches. Imogen Heap's "Hide And Seek" was the surprise hit of the show, as Redman brilliantly played the namesake game of the song, blending into the string scenery at times and standing apart when needed. This shot of positive energy was met with a more emotionally balanced approach on "Let Me Down Easy." This number served as the official closer, but since the crowd response was predictably positive, Redman and company returned for a thrilling "Let It Be" encore.

The logistical difficulties in putting on concerts such as this—from the planning and the personnel coordination to the sound balance and the financial requirements—makes them a rarity; even rarer is the show like this, where the end result matches the in-the- first-place ambitions, but this one hit the mark. Walking Shadows' live coming out party was a stunner.