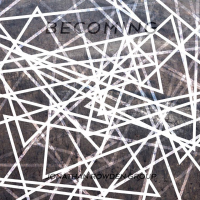 Saxophonist Jonathan Rowden began playing as a young boy, but alongside his enthusiasm for music he nurtured a love for visual arts; in fact, he planned on being an animation and illustration major before he realized that music was his real passion.

This artistic sensibility permeates Rowden's debut album and showcases his compositional strengths while also providing a beautiful backdrop for the remarkable playing of all the talented young musicians that are featured in his band. Supporting Rowden are pianist Ryan Pryor, bassist Chris Hon and drummer James Yoshizawa.

Reflecting Rowden's wide breadth of influences, the album is moody and features a lot of textural playing contrasted with driving rhythms. The use of space and the sonic shaping on the album's opening number, "Becoming," are remarkable and reminiscent of modern, forward thinking pop and rock artists like Radiohead while the harmony and interplay suggest a classical influence.

The explorations of timbre and swelling and fading tension that constitute this track satisfyingly resolve into the energetic "Snowing in Paradise." This tune, which evolves through several sections, is suggestive of contemporary jazz along the lines of Chris Potter, who had a large influence on Rowden, and features him with a compelling solo.

Another textural intro, this time by drums alone, sets up the three part piece, "The Long Road Home." The beautiful melody to part I of the tune, played by Rowden, is accompanied expertly by the band who provide evocative shape and shading and set the tone for the other two sections. Each section explores a different take on the theme and provides inimitable drummer Yoshizawa the opportunity to exhibit his training in classical percussion. In both his adept accompaniment and, in part III, a remarkable solo, his constantly engaging performance is a highlight of the piece.

Following the introspective atmosphere of "The Long Road Home," the heavy, powerfully rhythmic playing on "27-1" captures the attention right from the start. This piece is often dissonant and intense, providing a vehicle for the band to explore a more raw kind of improvisation and interplay. Following is the equally rhythmic yet less dissonant "Autonation," which features pianist Pryor with an outstanding solo. Closing the record is a reprise of "Snowing in Paradise," completing the journey that this album brought the listener on.

One of the most effective things about the album is the way that each tune evolves into the next, with the end of one track often literally being the beginning of the next one. This connectedness gives the album the feel of being one composition and is again suggestive of Rowden's compositional style and influences, likely coming from his interest in classical music. Be on the lookout for this up and coming group, who are finishing up their first West Coast tour and will undoubtedly be looking forward to more new and exciting things in the near future.