By GENO THACKARA
March 3, 2018
Sign in to view read count
On a certain fundamental level, music really comes down to math. The notes we consider normal are based on certain frequencies of sound vibration, after all, the pitches that make sense to our ears and that we find pleasing when they react in the right ways relative to each other. Jon Catler, however, is one fellow who can't resist the urge to painstakingly fine-tune the numbers. It's all in a day's exploring for a longtime LaMonte Young collaborator rooted in the avant-garde.

Catler (among other things) uses microtonal guitars, specially designed for the range of frequencies that hide among and between the twelve notes of the Western scale. His tunings here also revolve around the "sacred frequency" of 528 hertz, known as the love frequency or the transformational note in the old traditional Solfeggio scale. There's a ton of fascinating reading on the subject out there for those curious about the physics (look up the name Kyle Gann for a gentle nudge down that rabbit hole). The casual ear might not completely parse just how finely sliced the individual tones can get—up to sixty-four within an octave, apparently—but would still agree these guitars have a tone distinct from anything made with ordinary amps and pedals. These sounds get featured on a pair of 2018 recordings that both use micro-tunings, but otherwise could hardly be more different. 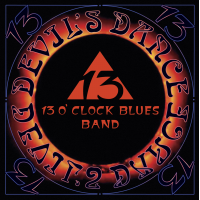 Once you've got the tools to produce sacred frequencies, what better next step than to explore the devil's music? Of course amped-up guitar is also a staple of the rawest blues, and Catler's odd tones allow for some pretty primal wailing with this admirably grungy outfit. Most of the pieces are new and original, though it wouldn't be hard to believe they'd been old-school staples of the genre for ages.

With Timo Shanko likewise sliding between the notes on bass and Babe Borden willing to pitch-bend her keys, it's a band always tweaking their sound just a bit out of phase from the obvious. Chords of in-between notes do take some getting used to, often feeling like a set of strings that refuses to stay quite in tune as we know it. It's arguably in keeping with the traditions of Stockhausen and Schoenberg—a precise experiment in challenging our natural feel of what's consonant—and it's an interesting experiment to make that leap by taking electric blues as a familiar starting point.

Tonality aside, the band does a solid job on the level of wailing solos and I-IV-V shuffles. Borden's voice finds some appropriately down-and-dirty inflections while the instruments pound and shred with grit. She sings about ill omens, the wild side of human nature, and even a love of radio (how's that for old-school?). The juicy grooves fit right alongside a Willie Dixon classic and a skewed take on Led Zeppelin's "Dazed and Confused." It ain't everyone's idea of blues, but love it or not, Devil's Dance is certainly one of a kind. 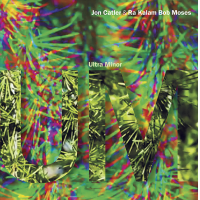 This recording pares things back from the first in every sense. Catler's framework here is a duo with Ra Kalam Bob Moses, and the pieces are a series of largely sparse back-and-forths, half written and half improvised. One can simply soak in the tones as they drift—there are several passages of simple drone that don't really allow for much else—though the guitars and pitch-tuned drums ensure that each sound is deliberate rather than random.

Ultra Minor is an hour of music certainly less accessible or ear-friendly than its counterpart, but offers a quite different variety of possible rewards. The extensive opening track shows them patiently going deep into dark frequencies for seventeen unhurried minutes, before eventually jumping into rhythmic clattering and choppy slash chords right at the end. From there it's a series of shorter pieces exploring tones in fittingly smaller doses. The pair don't mind getting feet tapping from time to time, yet don't want to keep it going for too long; it almost feels like there's a conscious effort to head for more obtuse territory when things start bouncing along too easily.

Whether they're jumping in or easing off, they ebb and flow with a careful ear for how their parts work together. Catler uses the open space to let his thin-sliced notes ring and float, often exploring difference tones (notes that aren't actually played, but created by the resonance of two others) in the process. Wobbly drones and ear-tweaking effects are par for the course here, and for all the listeners that find it too abstract, there will at least be a few strange ears who get it on just the right wavelength.

Tracks: Ultra Minor; Kookaburra; Thirteen; Closer to the Sun; Snowmen of the Sahara; The Matrix; After Eleven; Night Prayer.