By NENAD GEORGIEVSKI
April 20, 2012
Sign in to view read count 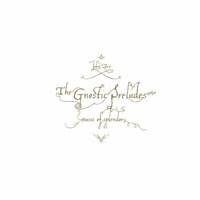 Composer John Zorn is a man of many projects, genres and styles. When once asked about styles, in Option, he replied "I'm not afraid of styles; I like them all." He also has a short attention span and because of that his music is a unique aural crosscut of styles—be it avant jazz, classical, cartoon cutups, free improv, computer music—continuously plunging himself into less expected musical territories. Being an intrepid explorer and musical sponge, his wide-ranging interests are so vast and ever-changing that is futile to place him in anything but in a category for himself. It seems that exploration is the motivation and main engine that leads Zorn along his journey to the extreme limits of constant and rigorous research. But not only are his musical interests so wide; his literary and film interests and influences are equally maddeningly broad and diverse, too.

All those references to literary and film interests can mainly be found in the titles of records and compositions. Zorn has found equal inspiration in various literary sources, from crime novels and Japanese manga comic books to occult subjects such as the books of Aleister Crowley, various seekers of the truth and mystics such as G. I. Gurdjieff, the Kabbalah mysticism, and demonology or Gnosticism; in other words, the alternative branch of Christianity. Literary and mystical sources aside, Gnostic Preludes is a fine example of Zorn's unique and fascinating fusion of classical music with western improvisation.

It could have easily been part of his Filmworks series because of its meditative nature. The melody of opening track, "The Middle Pillars" (referencing one of the recommended practices for Sophian initiates) closely resembles the main theme of Filmworks XIII: Invitation to a Suicide (Tzadik, 2002).

Zorn uses the talents of this unusual combination of instruments—harp, vibraphone, bells and guitar—to maximum effect and, as always, he fully engages the performers to be not just dutiful interpreters, but creatively invested collaborators. The sense of beauty lies in the way these instruments are melded in a multi-textured tapestry of sound. Guitarist Bill Frisell is particularly inspired, as his playing shows him being more engaged and focused than he has ever been. Rather than hiding behind his immediately recognizable slow and weaving guitar tones and melodicity, he is more playful and virtuosic. The interplay between vibraphonist Kenny Wollesen, Frisell and harpist Carol Emanuell on "Book of Pleasure" is beautiful, with characteristically minimalistic repetitive motifs on vibes and Frisell providing Dave Gilmour-esque edgy guitar works. It is a gorgeously slow tune with lyrical imagery for the mind and the soul.

"Prelude of Light" continues down this strange yet inviting path. It alters between beautiful backwash of harp and vibes melodies and drones, with Sephardic melodies provided by the intricate guitar. The shimmering nature of the sounds produced on "Diatesseron," "Sounds of the Spheres" and "Circumbulation" creates delicate filigrees that pulsate with absorbing detail. The layered production gives these compositions a hypnotically captivating quality that induces a dreamlike state; the effect is really intoxicating. "Sign and Signal" is another delightful track, featuring beautiful and intricate interplay between Emmanuel and Wollesen's vibes and bells. It shimmers with Steve Reich -like pulsating repetitive motifs taken further with Frisell's overtly blissful Sephardic guitar lines. It is an infinitely fascinating track that begs to be revisited over and over.

Gnostic Preludes is an intriguing and seductive recording, with a gentle and contemplative feeling that resonates with emotive power. It combines the feel of ambiance music with lyrical and melodic prowess seldom seen in Zorn's work. As such, it is a moving work well worth surrendering to.