By JOHN SHARPE
December 26, 2012
Sign in to view read count
Here are ten new releases which stood out this year: 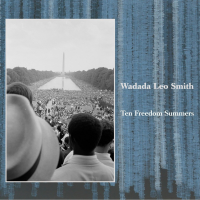 Without a doubt, Ten Freedom Summers is the crowning achievement of trumpeter Wadada Leo Smith's distinguished career to date. Years in the making, the complete sequence of 19 songs, inspired by the Black American Civil Rights Movement, was recorded live at LA's Red Cat in 2011, producing over four hours of outstandingly nuanced invigorating music. Southwest Chamber Music appear on seven cuts interspersed throughout the program, either alone or in various combinations drawn from Smith's Golden Quintet. Each piece goes through multiple sections and moods. Each disc, even each piece, would make a rich listening experience in its own right. 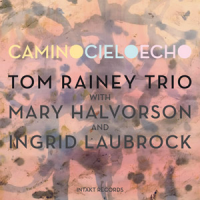 If one of the prime goals of a leader is to explore new territories while inspiring excellent performances, then drummer Tom Rainey has hit the jackpot. Even though the 13 tracks on his sophomore effort as a leader are attributed amongst the cast, they retain the freshness of improvisations due to their wild unpredictability. In truth, the composed elements are all but impossible to discern. That same adventurous ethos also pervaded the trio's justly lauded debut, Pool School (Clean Feed, 2010), and this release looks destined to garner similar acclaim. 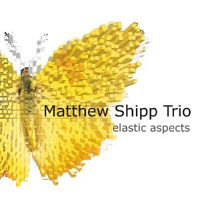 Even with a discography amassing over 40 releases under his own name, pianist Matthew Shipp continues to justify the plaudits. Unlike the stellar live double-disc Art of the Improviser (Thirsty Ear, 2011), Elastic Aspects is a studio outing, featuring the pianist's trio of bassist Michael Bisio and longstanding drummer Whit Dickey. Whereas onstage, Shipp tends to merge pieces into a single set-long cascade, here the program comprises a procession of shorter interlinked tracks, with varying instrumental permutations. In a successful format thoroughly tested on earlier albums, Shipp has waxed another winner. 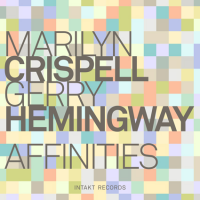 With so much shared history it should be no surprise that pianist Marilyn Crispell and percussionist Gerry Hemingway prove so well-attuned to each other's moves. Both came of age as key parts of reed multi-instrumentalist Anthony Braxton's legendary late '80s/early '90s quartet, and have since confirmed themselves as masters of their respective crafts. Assembly from two different live dates has enabled the creation of a program that coheres in satisfying fashion. Ultimately, the pair transcends its instruments in a wonderful twinning, where preternatural communication is allied to unfettered imagination. 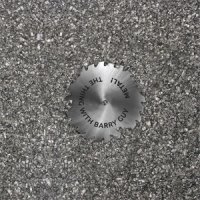 The Thing with Barry Guy

Scandinavian power trio The Thing is transformed by the addition of English bass maestro Barry Guy on Metal!. The ten collectively birthed selections and one cover on this double-LP set the pulse racing and give food for thought in equal measure. Paradoxically, Guy's presence results in a performance which accentuates quiet timbral colloquy over no-holds-barred tumult, though Swedish reedman Mats Gustafsson's smoldering volcano is always on the verge of eruption. Both individual prowess and highly assimilated responsiveness inform every piece. Any downsides? Well only one: the decision to issue this set on vinyl perhaps means that it sadly won't be as widely heard as it deserves. 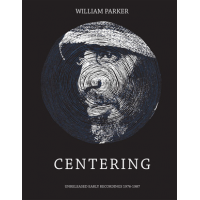 One of principal delights of this superb collection is that it so clearly establishes the antecedents for so much of bassist William Parker's subsequent output, demonstrating a breathtaking breadth and confidence in his expression, even at this early stage in his development. This six-disc box set is a high quality production, lovingly researched and engineered to provide generous playing times and good sound given the age and provenance of some of the sources. The first three discs contain small groups, while the last three document larger ensembles. We are lucky to have Parker still active among us, given that so many of the participants here have now passed, but also to have this evocative reminder of an otherwise unsung scene. 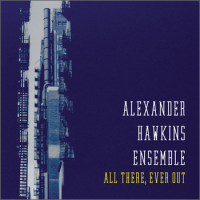 All There, Ever Out

It has been the Holy Grail of jazz since its inception: to carve out the perfect balance between the written and the spontaneously invented. While All There, Ever Out may not be the definitive statement, English pianist Alexander Hawkins has made a bold stab at a new version of the equation, combining composition and improvisation in exciting and unpredictable ways. It helps that the gifted lineup is so familiar with the leader's modus operandi, thoroughly inhabiting Hawkins' idiosyncratic constructs. The strategies are varied. Some pieces revel in catchy tunes, while in others the script is obscurely referenced, but often manages to sound both contemporary but at the same time redolent of the wider jazz tradition. There's so much music here, that it defies description, leaving the pleasure of the quest to the discerning listener. 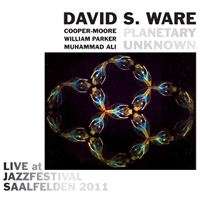 All the more poignant given his untimely death in October 2012, seemingly inexhaustible saxophonist David S. Ware provides most of the narrative thrust for Planetary Unknown in this formidable outing, easily the match of its incendiary eponymous 2011 AUM Fidelity debut. If he ever lags, the madcap accompaniment of pianist Cooper-Moore quickly provides the stimulus for even greater exertion, as a barrage of glinting left field pianistics jab and prod almost continuously. It all makes for a thrilling arc of creativity. Ware will be sorely missed. 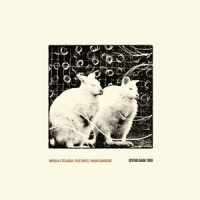 Mikolaj Trzaska (pronounced "Miko-why Chass-kuh") is not a name which drops off even the most assiduous jazz fan's lips. But on the evidence of this recording, it will become increasingly familiar outside his native Poland. Riverloam Trio unites the Pole with two of the UK's most active improvisers—drummer Mark Sanders and bassist Olie Brice—in a meeting of minds, mysteriously selfless yet predicated upon individual virtuosity. This is a session whose virtues are those which characterize the finest free improvisation: conversational, passionate, purposeful, well-paced, organic, and intense.

Recorded in saxophonist Peter Brötzmann's hometown of Wuppertal in Spring 2011, when the Tentet was at the very peak of its game, this double-disc offering stands as a fitting testament to one of the preeminent large ensembles of free jazz and beyond, now that the German has called time on its relentless schedule. Even though 11 strong, the Tentet displays the same fluidity, fleetness of foot, capacity for instant composition and uncanny ability to seamlessly shift between radically different moods, as a much smaller group. Add to that the instrumental audacity and improvisational nous of the star-studded roster and this is a package made in heaven.