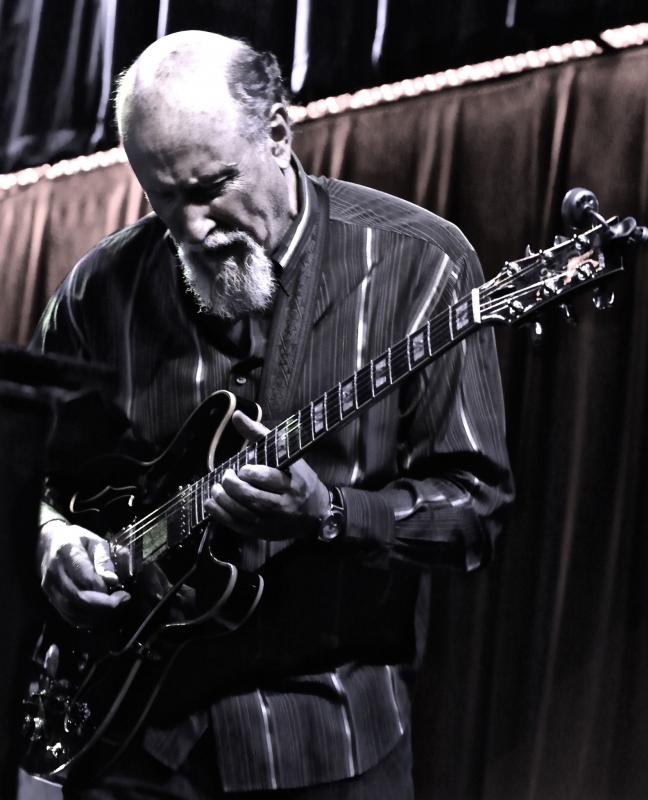 There are probably only are a handful of guitarists with a catalog as deep and stylistically diverse as John Scofield's. One of the obvious perils that these artists encounter when touring is facing an audience with fans from different stages of their careers—with different expectations. Short of doing an exhaustive retrospective every time out, this can almost guarantee a certain percentage of disappointed patrons—(see the ever-present few fans exiting a John McLaughlin concert bemoaning the fact that JM didn't cover any Mahavishnu material... again). Scofield side-steps this effect by naming his band and tour for his latest release Country for Old Men. This handily aligned the band and set list with audience expectations in one fell swoop.

But it also left room for many surprises. Those in attendance who may have known about Country for Old Men without yet having heard it, may have expected a Bill Frisell-like treatment of the source material (read John Kelman's album review), but Scofield's approach was all his own and satisfyingly displayed the strengths of the brilliant players on the bandstand.

Different ends notwithstanding, implicit in both Scofield and Frisell's use of disparate styles as vehicles for improvisation is their honest affection for the original items. This has played itself out in not only in Sco's many stylistic jaunts (Uberjam, Plays the Music of Ray Charles, Piety Street, etc.) but it also bleeds out from within his playing on most any of his albums. In this performance, this was also evidenced in the varied treatments of the songs and thus enabled easy migrations from a rocking faux-surf take on "Red River Valley," to a Coltrane- esque explosion of Hank Williams' "So Lonesome I Could Cry," to a lovingly straight rendering of "Mr. Fool," with no loss of sincerity. That sincerity was elevated by Scofield's near dry but warm guitar tone and amplified by an ever-emergent trait in his playing of late—a staggering eloquence in articulation.

But even with Mr. Scofield's deft playing and guidance, it was very clear that the night's feats of genre hopping and melding may have been awkward in the hands of lesser "Old Men." There are few rhythm sections more sympathetic or musical in their approach than the pairing of bassist Steve Swallow and drummer Bill Stewart and their contributions both as a unit and in their solo spots were indispensable. But, after Scofield, the evening's most expansive ventures belonged to keyboardist Larry Goldings. Largely known for his organ work with Scofield, the canvases supplied by tunes like "Jolene" and "Wayfaring Stranger" gave him great opportunity and latitude to avail himself on piano—much to the delight of those present

Though it may be just a tongue-in-cheek movie reference, the naming of the project "Country for Old Men," exemplified the night's show in more ways than just the material extrapolated on. It showed the mature virtues of finesse, subtlety and understatement offered by these "Old Men" could be as transformational as anything promised by the rebelliousness, vigor and ambition of youth.

Thankfully the large appreciative crowd at the Ardmore Music Hall showed it did not fall upon deaf ears.