In a career just entering its fifth decade, John Scofield may have covered a lot of stylistic territory—from the burning modality of Rough House (Enja, 1978), funkified fusion of Blue Matter (Gramavision, 1987) and N'awlins leanings of Piety Street (EmArcy, 2009), to jamband workouts like A Go Go (Verve, 1998), burning modern mainstream on Time On My Hands (Blue Note, 1990) and the contemporary classicized Scorched (Deutsche Grammophon, 2004)—but if a single word had to be chosen to describe the guitarist, it would have to be: incendiary. Magically combining inside and outside playing from one of his first recordings—trumpeter Chet Baker and baritone saxophonist Gerry Mulligan's 1974 recording, Carnegie Hall Concert (CTI, 1976)—Scofield has brought fire to whatever he touches, regardless of the context, and if unfettered burning won't do, then, at the very least, he simmers at a slow boll, his sophisticated vernacular still informed, with its gritty tone and predilection for greasy bends, by an early love of blues and R&B.

That's not to say Scofield can't nail a ballad, as he does on most of his thirty-plus recordings as a leader; but even when he covers an iconic one like "Georgia on My Mind," on Pick Hits Live (Gramavision, 1990), it's with a kind of understated energy that creates its own delicious tension and release. Most artists inevitably find themselves doing a ballads recording, but while Quiet (Verve, 1997) presented a different side to Scofield—relegated exclusively to acoustic guitar on a set of originals (one, by bassist/co-producer Steve Swallow) that also featured a five-to-seven-piece brass section and guest appearances by saxophonist Wayne Shorter on three tracks—it was more about reduced volume than tempo, and still, despite Scofield's cleaner tone and lower decibel level, imbued with some of his characteristic fire. Less overtly ambitious in its scope, perhaps, with a fixed quartet lineup and generally simpler arrangements—but with the guitarist back on his trusty Ibanez hollow-body electric—A Moment's Peace may not exactly be a ballads album by conventional definition, but it's the most relaxed album the guitarist has ever released, as he approaches his sixtieth birthday later this year.

That A Moment's Peace manages to never break a sweat is all the more remarkable given the group Scofield has assembled. That the ever-versatile Brian Blade—a drummer as capable of unconstrained freedom in Wayne Shorter's decade-old quartet as he is delivering rock-steady grooves with Black Dub—is still, like Scofield, so instantly recognizable is equally surprising, given the largely restrained nature of the material. Only a soulful, occasionally reggae-ified version of "You Don't Know What Love Is" approaches any kind of real heat, with Scofield letting loose rapid-fire flurries and cathartic bends, over Blade's periodic (and more characteristic) sharp punctuations, all the while grooving viscerally, thanks to the drummer's in-the-pocket lock with unshakable bassist Scott Colley. 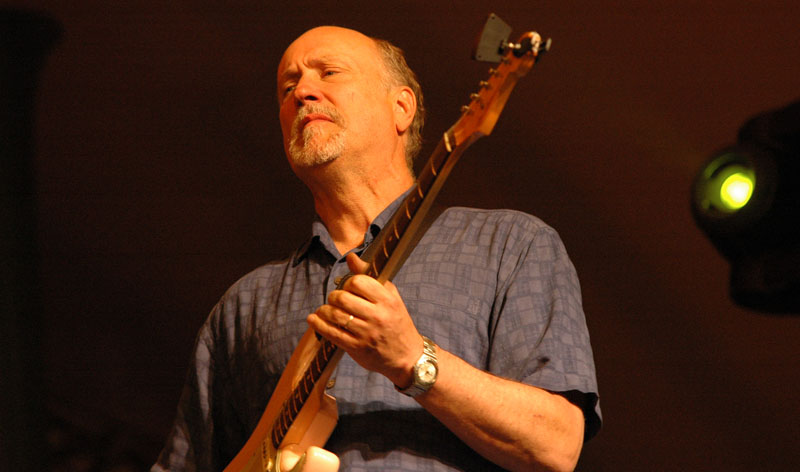 Something of a sleeper that grows substantially with every listen, A Moment's Peace is also defined by Scofield's choice of material. His five originals run the gamut from the slightly countrified "Plain Song"—another tune that kicks into a little higher gear during his solo—to the ambling "Simply Put" and a mid-set trifecta of down-tempo tunes (the soft "Johan," swinging "Mood Returns" and change-heavy "Already September") that blur the boundaries between the guitarist's own material and his eclectic selection of covers.

And it's A Moment's Peace's seven covers that deliver the biggest surprises. The Beatles' "I Will," one of the more overlooked tracks from The Beatles (The White Album) (Apple, 1968), featuring Larry Goldings' cushiony, upper-harmonics organ, is the most literal arrangement of the set, though its just-over-three-minute duration still leaves room for concise, note-perfect solos from Scofield and Goldings. A Moment's Peace also represents a reunion of sorts, at least on record, for Scofield and Goldings, having last recorded together in 2004 (for Saudades (ECM, 2006), their Tony Williams Lifetime tribute project with drummer Jack DeJohnette, Trio Beyond), though they've continued to work together live in the ensuing years, including some recent duet shows in Italy. 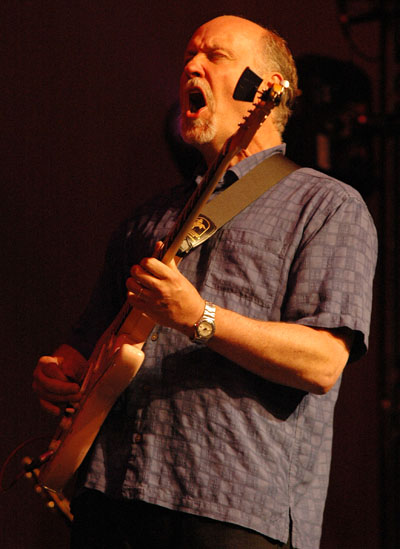 Less direct is Scofield's arrangement of "Lawns"; having received the chart from Carla Bley a number of years ago, Scofield has never actually heard the keyboardist/composer's version. Here, Blade and Colley swing with conviction, as Goldings (again on organ) and Scofield solo over an arrangement taken at a slightly brighter clip than the original on Sextet (WATT, 1987). A dark reading of Abbey Lincoln's "Throw It Away," one of six tracks where Goldings economically trades his Hammond for grand piano, contrasts with a straight-ahead look at Billy Eckstine's "I Want to Talk About You" and a slow-grooving, blues-drenched version of Don Redman's 1929 classic, "Gee Baby Ain't I Good to You."

But it's the set-closer that's A Moment's Peace's most esoteric choice and clear indicator that, while the album may be considered one of Scofield's most centrist projects, it's not without its risks. George Gershwin and Ira Gershwin's "I Loves You Porgy" has been covered hundreds of times on record—and the live count is likely orders of magnitude greater—but few have turned it into a rubato tone poem, with Colley sitting out and Blade building a soft tumult of mallet-driven toms and cymbals from the bottom up and top down. Goldings' organ descends in a series of cascading notes that gradually settle into the song's familiar changes, as Scofield delivers the equally familiar melody peppered with low-end harmonies, in a reading that stays close to form but is as freely expressed as the fieriest free improv, the album fading on an unexpectedly abstruse note that should belie any suggestion that, with A Moment's Peace, Scofield has chosen a safe or easy route..

A Moment's Peace might be perceived by some, a least on the surface, as an album of little risk—without Scofield's usual fire and grease, set that might appear to coast when it ought to soar—but it may well be Scofield's biggest gamble. Those prepared to accept the album on face value, as an hour's respite from life's normal hustle and bustle—or, who are patient enough to dig deeper for its beyond-the-norm look at a handful of potentially worn-out standards, here reinvigorated; a quintet of perfectly dovetailing originals; and a couple of truly surprises song choices—will find plenty to love about A Moment's Peace—an album whose greatest charms are revealed not after one or two listens, but after ten or twenty.


Tracks: Simply Put; I Will; Lawns; Throw It Away; I Want to Talk About You; Gee Baby Ain't I Good to You; Johan; Mood Returns; Already September; You Don't Know What Love Is; Plain Song; I Loves You Porgy.