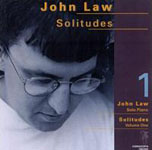 A really important point here: I find it totally natural and acceptable to maintain, simultaneously, very different, even opposing, points of view. Some people say that sitting on the fence is a cop-out. It is not. For a start, for a man, sitting on a fence can be quite painful. But seriously, it's actually much harder to see different points of view, especially in relationship problems. But it's the only way, for me.

Another thing: I remember reading, with real anger, something that the British pop music DJ and writer John Peel said: "There are only two kinds of music: good music and bad music." What complete rubbish. It's the sort of statement that makes the uninitiated feel very smug, makes them feel they are party to some special insight and wisdom. And it's complete nonsense.

There's no such absolute thing as good music or bad music. It just can't be measured in those terms. Some music sounds great only after repeated listening. Most music (all music?) eventually grows stale after much repeated listening. Music sounds different at different times of the day; I can only really take, in the morning, Baroque or, even better, Renaissance music [for example]. It depends on your own mood, on your own needs and expectations. It depends, for effect, on what sound system you listen to it and on how you're listening/concentrating.

Many, many factors. Going back to the point about repeated listening, there's a lovely story about the Russian composer Glazunov. When he heard Wagner's Valkyrie for the first time he understood absolutely nothing and didn't like it at all. So he went a second time. Nothing again. And a third time—the same result. He kept on going till finally, the tenth time, he understood it all and loved it.

Going back to the idea that music is only good or bad and thinking of the problem of maintaining opposing opinions at the same time, I often think of something a Viennese cousin of mine once said to me (he's a mathematician and philosopher). He said to me, "You know, John, people say there are only two states for a switch, on or off. [This is supposed to lie at the heart of binary systems and of computer chip technology, isn't it?]. But it's not true," he said. There's the situation of the machine being in standby mode, when it's neither on nor off. This he called in German not Ja or Nein but Jein! So both yes and no and neither really. I found this fascinating and it's informed a lot of my thinking since. It means that you can step back and out of a situation and then see different points of view and different camps of thought.

Basically, when someone says that a piece of music is not good, or doesn't succeed, from this or that point of view, they're pitching their tent somewhere. But there's no absolute need to pitch it there. And often they've pitched it in demonstrably the wrong place. Like someone, let's say, who goes to a concert by the Tord Gustavsen trio and complains that they don't do what the Bad Plus do. Of course they don't. They're not trying to. Or like a very well known young pianist in the UK who complained that the Neil Cowley Trio plays very simple music. Yes, that is actually what they're trying to do. It is simple compared to this other guy's playing and compositions. But does that make it bad? Should one compare the two?

Out of the Darkness: John Law with the Cornucopia Ensemble

Another memory of mine that's informed my thinking about aesthetics and judgement-making. I remember, when I was a piano student, my mother, who was a classical concert pianist, saying to me that one should never program Brahms straight after Liszt, because then Brahms always sounds boring and stodgy in comparison which, she said, he's not. Wise advice. But does Brahms' music possess an inherent, measurable stodginess? Or is this some quality that just arises out of a direct comparison with the music of someone like Liszt? People who like to think there are qualities we can measure, in an absolute way, believe the former. I believe the latter. 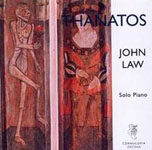 Going back to my example of the British pianist criticizing the Neil Cowley Trio, isn't there room in the castle of music we build up, for both artists? There is in mine. I have absolutely no problem assigning them different rooms and I can take something from each one when I visit their room. For me it's no problem. And I really do think this is the sacred duty of someone who aspires to be a great artist: they should learn to rise above concepts of like and dislike. After all, anyone, any Tom Dick or Harriet on the street, can say they like or dislike something. For me it isn't the role of the great artist to merely furnish these likes and dislikes with technical justification. It is our duty to rise above this way of creating opposing camps and find good points in all different music (or Art of Architecture or whatever). Once you make the effort to free yourself from some totally artificial, arbitrary, hierarchical value judgement system it actually feels quite liberating. Try it.

Of course you may say all along that likes and dislikes are not made up standpoints, created artificially, as it were, after the event. They're direct, spontaneous results of a positive or negative experience. Well I suppose they can be... But they're not generally. Usually they're considered opinions made well after the experience—unlike the story about the 19th century pianist pupil of Franz Liszt and conductor Hans von Bulow who, after hearing some contemporary piece of music performed, apparently came out of the concert hall and vomited. He may, of course, have simply had a gastric problem.

Is there anything which can be measured in music? Well maybe technical command of an instrument. This too can be a grey area. Does Monk's music suffer when he plays it because he wasn't a pianist like Keith Jarrett? I don't think so. Technical command of an instrument may, however, be an area where we can sometimes make a few (well-informed) judgments. Technical command of a certain style or genre maybe as well. Like Bebop. Maybe if a musician or group sets themselves up to be compared to a well known work of art; let's say they do a remake of the Kind of Blue (Columbia, 1959) album, then one might be able to profitably compare the two. But even here comparison is rather invalid. Maybe another version of the same project has its own merits, quite independent of any comparison.

AAJ: Could you tell something about the project Out of the Darkness? How was it working with a large ensemble as opposed to the more intimate constellations of the trio and quartet?

JL: The project Out of the Darkness was really very enjoyable. I had to work a lot to organise it, first applying for Arts Council funding and then virtually sorting every detail of the tour out myself. And of course I wrote and arranged all the music, played piano in the performances and also conducted most of it, when I wasn't playing. Everyone in the ensemble was really encouraging and helpful and it mostly went without any major hitches. The only negative aspect was that it consumed so much of my time that while it was all in preparation and while I was touring it (a process of about a year) I wasn't busy sorting out my next work and touring. With the result that I worked very little for the next year and a bit! 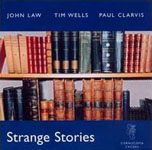 The whole project stemmed from the fact that I really missed (and still do) various instruments from the classical orchestra. I still can't understand quite how this particular organism— the classical orchestra— with its such different instruments and instrument sections, ever blends the way it does. But it does and I really miss, working in jazz, many of the instruments I grew up hearing: from the wonderful sound of woodwind such as the bassoon and oboe, to the singing eloquence of the strings, which of course form the backbone of the orchestra. I'm sure there were weaknesses in this, my first attempt to juxtapose non-improvising instrumentalists with jazz musicians, but I really enjoyed the whole learning process. And one thing really sticks out in my memory: right at the beginning the classical players told me Don't expect us to improvise! We don't do that. But I did, in the end, write a couple of sections where they could play more or less what they wanted. And, you know what? I couldn't get them to stop improvising! No they were brilliant at it. They helped shape those particular sections. And, very importantly, when they improvised, it was with no jazz vocabulary but, for my ears, a completely fresh sound, with reference points more likely to be found in contemporary classical music (some of them were members of the London Sinfonietta).

I'd like to write more in the future for classical instrumentalists and also learn more about orchestration.