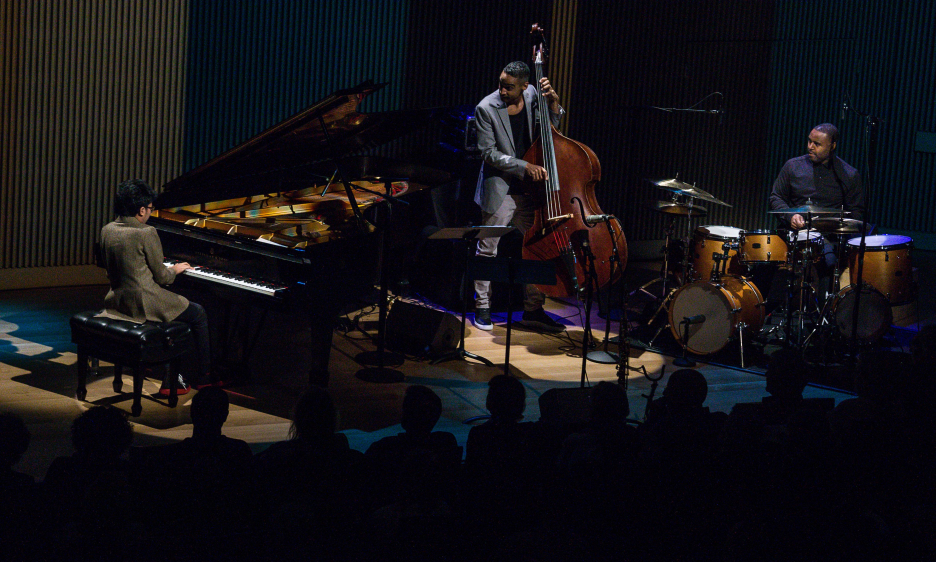 However, Joey Alexander Silla stands apart in that he was born on the Indonesian island of Bali. His father Denny, an amateur musician and tour operator, had accumulated some jazz CDs while studying at Pace University. Denny presented Joey with a small electric keyboard when he was six; Joey moved on to an upright at seven. His big break came after the family moved to Jakarta, so that Alexander could gain more exposure to the music; at the age of eight he played in front of Herbie Hancock, who was visiting Indonesia's capital city as part of his role as a UN Ambassador. After watching a video of Alexander showing his stuff on YouTube, Wynton Marsalis invited him to play with him onstage at Lincoln Center. The family later moved to New York City, and Alexander has been on a whirl since. His first CD, My Favorite Things (Motema, 2015) was followed by three more, and he has toured all over the world.

For the first night of a four-night run at SFJAZZ in San Francisco, Alexander, along with band members Kris Funn and Kendrick Scott, took the stage. All were dressed austerely in black, but the music was anything but austere. First up was an untitled ballad which featured delicate playing by Alexander before bass and drums chimed in. The sound grew more intense as Houston born-and-raised Scott, founder of the World Culture Music label, geared up and exercised some hard-hitting drum work. At the end, Alexander, palms pressed together, stood to face the audience.

The next tune saw Alexander move up and down the 88s as Scott performed expertly with the brushes. "Inner Urge," by the late Joe Henderson, followed, and Funn's throbbing bass work interfaced well with Scott's sticks. As he likes to do, Alexander stood in front of the piano and played, moving up and down the keys with his right hand powerfully and rapidly.

Entering later in the set, saxophonist extraordinaire Chris Potter greatly added to the evening with energetic, impassioned solos, such as the one he performed on "Thankful." After Potter left the stage, Alexander initiated his fast-paced composition "City Lights" as Scott tapped on the drum's frame. Further into the number, Alexander added stray elements to Scott's pulsing drum solo.

The choice "Come All Ye Faithful" reflected Alexander's devout religiosity and his love of gospel music. "Goodnight and God bless," he told us before returning with Potter and the others for a searing encore of John Coltrane's "Moment's Notice" which brought the vibrant evening to a close.