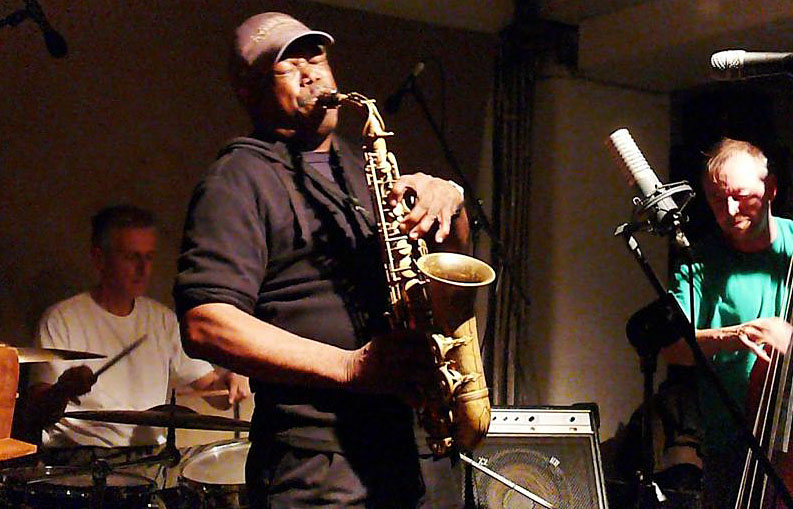 By JOHN SHARPE
December 14, 2011
Sign in to view read count
Although at an age when many might be happier looking to past glories, multi-instrumentalist Joe McPhee still seeks new answers to the questions posed by music-making on the fly. Given the success of the solutions proffered in the concert which produced the acclaimed Oto (Bo Weavil, 2009), it was only a matter of time before the older man reconvened with British group Decoy to see if there were yet more resolutions to be found. Stopping off in London en route to the Peter Brötzmann Long Story Short celebration at the 2011 Wels Festival in Austria, the American found time for a two night residency at Café Oto which allowed the four artists to reacquaint and develop further their extraordinary rapport.
Decoy, comprising Hammond B3 organist Alexander Hawkins, bassist John Edwards and drummer Steve Noble, has already issued its manifesto reimagining the organ trio for the 21st century on two Bo Weavil imprint discs: Vol 1: Spirit and the vinyl-only Vol 2: The Deep. Before a packed house Decoy went yet further, playing two sets with the McPhee, totaling 90 minutes-plus of spontaneous composition encompassing the last 60 years of jazz history; from chicken shack organ trios via the unhinged keyboard extravaganzas of Sun Ra, to radical Euro improv. But wherever they roamed, Decoy traveled as a unit, switching track with preternatural coordination.
Even the opening of the evening was a case in point. Noble initiated an ominous mallet tattoo, accentuated by Edwards' darkly bowed bass. As if prearranged, McPhee and Hawkins suddenly entered in loose unison. McPhee essayed a choked impassioned alto saxophone outpouring over the dense interplay. When he paused, the rhythm pairing eased into a rapid clip launching Hawkins in a flurry of skittering organ sprays. And they continued in the same vein, listening carefully but interacting with inspired abandon. 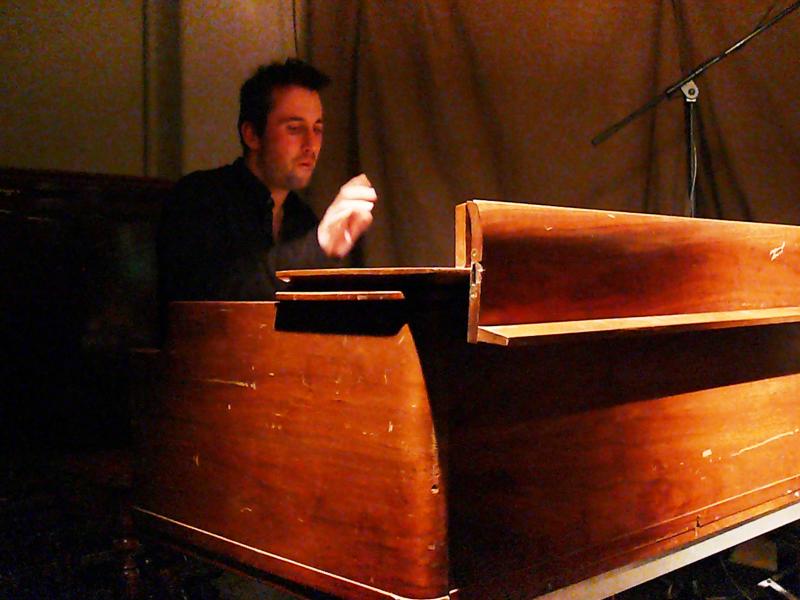 
Already placing in polls on piano, Hawkins now looks on course to rehabilitate the Hammond organ at the wilder reaches of improv. He pulled out a wide range of inventive textures, deployed with acute sensitivity, whether supporting the horn man with the merest whisper or buoying up the ensemble with swirling sonic washes. There were more visceral moments, too, as when provoked into strong arm tactics involving two-handed pawing at the keyboard, and hands, elbows and forearm smashes creating dissonant clusters, frantic wailing and surging oceanic swells. Together with Edwards and Noble, the organist fashioned an unpredictable commentary full of unexpected accents, outbursts and interjections which elaborated rather than hindered the musical narrative.

Decoy displayed another important trait: its propensity to slip into grooves, however briefly, before subverting expectations with sudden depth charges. While most often sighted in improvised circles, both Edwards and Noble brought extensive résumés into play. Edwards has become almost ubiquitous on the London scene, and a fixture at European festivals. He counts Evan Parker a frequent colleague and can be heard on the saxophonist's House Full of Floors (Tzadzik, 2009). Noble is a regular rhythm section partner, and the two supported Brötzmann at his 2010 residency. In tandem, their brand of freeform alchemy energizes a stream of recordings with the likes of Alan Wilkinson, Lol Coxhill / Alex Ward and Lol Coxhill.

Noble's drive and syncopation really came into their own with yet more of his wonderful work with small untethered cymbals, held in his hand or placed on the heads of his drums. He drew endless variations in sound, reverberation and texture all melded into a narrative flow evoking a one man percussion band or a gamelan orchestra. Edwards matched him in terms of percussiveness and propulsion, but also showed his own special strain of combustive energy. In one solo his wavering chuckling bowing burst into an explosion of syncopated scrapes, taps, slaps and plucks inducing Noble to join in a marvelous percussive duet. Earlier he had inserted his bow between the strings and the fret board for a wonderfully buzzy resonance. 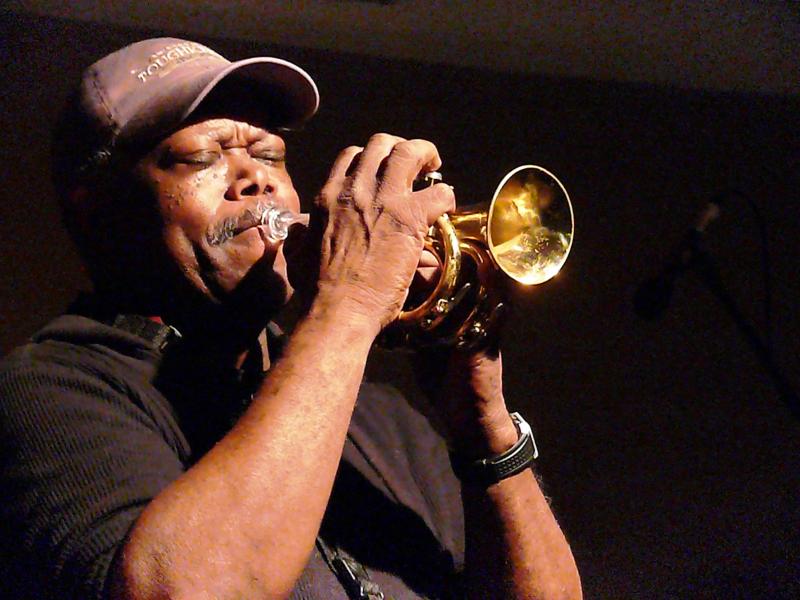 
McPhee remains a vital force. His impact on both alto saxophone and pocket trumpet was little short of astonishing. He has forged a personal amalgam of extemporized melody infused with a melancholy poignancy and coruscating Albert Ayler-inspired over-blowing. He fuelled his daredevil flights by co-opting rhythmic motifs which provided the framework off which the improvisations hung. Although there were no overt thematic formulations, his expression was still strongly influenced by the jazz canon; on another day his soliloquies might well have blossomed into Monk references or well-loved spirituals.

One of the highlights came at the start of the second set where McPhee's breathy pocket trumpet evolved into heraldic lines as the initially pointillist chiaroscuro gradually coalesced until Noble's tone color play and stick-across-cymbal squeals conjoined in an exuberant passage. Another standout moment came later, courtesy of the reedman on alto saxophone, as he accompanied himself with an anguished vocal cry, part blown through the horn, which hovered somewhere halfway between speech and music. It carried a volcanic emotional charge and prompted another intense communal excursion.

Happily both this gig and the following night were recorded, and between them should yield an outstanding follow-up to this winning combination's inaugural release.