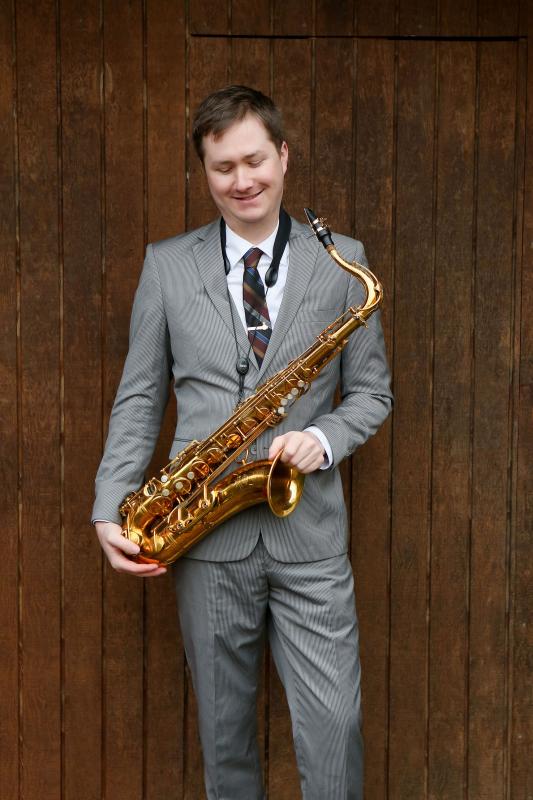 Sometime last year, I got an email from a dude named Joe Manis, who said he was from Eugene and he wanted me to make a recording with him. He wanted me to play organ. I said to myself," Hmmm. Tenor player named Joe Manis. Never heard of him. Wonder if he's any good?" Well, turns out, Joe Manis is killin! It was a pleasure to make his latest recording, North By Northwest, which is now available on the Steeplechase label ( which means on iTunes, which means you barely have to lift a finger to own it!). Manis has a big tenor sound, and an aggressive improvisational approach, which is the polar opposite of his unassuming personality. Hopefully, this new recording will make more folks aware of Mr. Manis and his tough young tenor.

GC: What are your earliest memories of music?

Joe Manis: I took piano lessons when I was little, but I didn't stick with it. My dad played clarinet and my mom took piano lessons through high school for both of them. There was always music playing on the stereo at my parents' business and around the house. They took me to lots of concerts after I started band in elementary school. My parents and my grandma were always very supportive of me playing music even though they weren't musicians. My dad made me practice, which could have really backfired, but didn't. I still play my dad's clarinet.

GC: When did you know it was going to be your life's pursuit?

JM: After I started playing saxophone, I played by ear a lot. My parents had a satellite dish and they would watch Jay Leno three hours earlier than network TV—so, as an elementary schooler, I got to watch. This was when Branford Marsalis was the bandleader and Jeff "Tain" Watts was in the band. I recorded the closing credits on our VCR, learned the closing theme music, and wrote the noteheads down (with no rhythms) on a homemade piece of manuscript paper (a piece of notebook paper with a staff drawn on the lines).

My private teacher saw my "transcription" in my music folder, along with my Rubank saxophone books, and asked me what it was—I played it for him. I think he liked that I had done that on my own, but it's hard to say because he was kind of a gruff guy. Seeing those guys play on TV really made me want to be a musician, even though I didn't really know what that meant! I consider that period to be a pivotal time in my development as a musician and deciding that music was what I wanted to do.

JM: I went to a small high school in the country with about 450 students total. Despite being a small school, it had two full big bands and there were more people that wanted to play than there were spots in the bands. The top jazz band was competitive at high school jazz festivals. My first private teacher, Mike Wiggins, was the high school music teacher. I started on clarinet in elementary school band, then played alto and bari. Mike Wiggins switched me to tenor because he was always looking ahead to what his top jazz band was going to need. I just went with it.

GC: Who are your tenor sax heroes?

GC: Do you have any affinity to the other saxophones?

JM: The tenor is my favorite. I play sopranino, soprano, alto, C melody, and baritone. I also play piccolo, flute, and clarinet. Being able to play various woodwinds has made me more employable, playing gigs in big bands, musicals, recordings, orchestras, rock groups, etc. However, sometimes I feel that because I can play the different woodwinds it ends up that really one of the only people that hires me on tenor is me! I also have my uncle's vintage Rogers drum set that I enjoy playing. I think that my drum set practice has helped my writing and arranging with drummers in mind, as well as my ability to communicate effectively with drummers in rehearsals. When I coach student ensembles I try to have something to show the drummers that they can't already do.

GC: Who are your musical heroes who aren't saxophone players?

GC: What was your practice regimen? 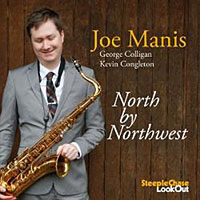 JM: Early on, I did: a lot of solo transcriptions; playing along with the recordings and trying to match all the details, such as time feel, cutoffs, articulations, vibrato, sound, etc.; learning vocabulary in all twelve keys; scales; scale exercises and arpeggios; and learning tunes. I would begin everything initially at a very slow tempo and work it up incrementally with the metronome. I would take a piece of vocabulary and practice starting it on every different 8th note of the measure and/or play it in triplets, trying to get the most mileage and flexibility out of it. I think I was always a slow and methodical type when practicing.

Jerry Bergonzi was a great teacher because he gave me enough information to work on for the rest of my life, and I still practice that material to this day. He is probably the person who's had the most influence on my practice regimen. He has endless numbers of assignments, but if you came into the lesson with a different question, he'd go that direction. He has so many methods that he's worked out and he's taught them so many times to so many people so well that it feels natural: you never get the sense that he's just taking you through the book. Plus, he's just a really nice guy.

GC: Are you able to maintain a practice regimen currently?

JM: I'm always trying to make time to practice, but it can be pretty inconsistent between being a dad, everything teaching entails (prepping, grading, commuting 400+ miles a week, etc.), rehearsals, gigs, the logistics of being freelance, etc. I'll have periods where I'm practicing regularly and others where I realize that I have touched a saxophone in 11 or so days and that I have a gig the next day...

Sometimes it's nice to be able to take a break so that when you come back you can enjoy just hearing and playing the instrument instead of just chipping away everyday practicing and losing perspective. I had kind of a "duh" realization about five years ago that the sound is what people hear, meaning that if your sound isn't good then what you're playing really doesn't matter. So, when I'm putting time in daily, I practice long tones, especially on flute and clarinet as well as saxophone. It helps you to be able to play loudly with a big sound as well as maintain your embouchure and air support. I also spend practice time learning music for upcoming gigs.

GC: Why did you want to do organ trio?

JM: Larry Young's album Unity is one of my all-time favorite records. The first album of any genre that I got was Sonny Rollins Way Out West, so I just always had that "saxophone, bass, and drums" sound in my head and didn't care that there wasn't a comping instrument. I have performed in that setting since 2001. More recently I was playing in a trio of saxophone, guitar, and drums, which I guess was an even weirder instrumentation, but was a fun setting to play in. The funny thing is that the absence of bass or a comping instrument is really only "strange" to jazz musicians. I think the average person doesn't notice if any particular instrument is "missing."

I heard that you had moved to Portland and that you also played organ. I started checking out your recordings on organ: both with Gary Thomas and as a leader. I wanted to do a new recording with my friend Kevin Congleton, a great drummer who I've been playing with since I was 16, but I wasn't sure what the third instrument should be. My wife Lillie, who is a violinist, always wanted me to do an organ group. I mentioned the possibility of doing a recording with you and she was very supportive of the idea. I feel that the organ suits my music well. I like working in trio settings because of the openness and the fact that the lines of communication are very direct between the musicians.

GC: How has fatherhood changed your music and your career goals?

JM: I feel like the time leading up to and since our son Ellery's birth has been the best and most productive time in my life. I feel like I've always been a pretty motivated person, but within the last year and a half or so, I think I've really accomplished a lot, contrary to what I might have expected. He has definitely made my life better. I think I'm a happier person now: he always makes me smile. I really enjoy being his parent.

But, as you know, being a dad is challenging. It takes time and patience, and, as a first-time parent, you have no idea what to expect: there's no manual. I'm not quite sure how it's affected my music, because he's only 13 months old. I can say it's made me want to continue to be a person of integrity for my family—both in my professional and non-professional life.

JM: I have a Bachelors and a Masters in Jazz Studies. I teach rock history, world music, jazz history, and lessons at a community college. I enjoy teaching and have learned a lot doing it. Teaching is a part of a many professional musicians' lives: teaching privately, at camps, doing clinics, etc. College jobs are the most coveted, but it seems even adjunct jobs are hard to get these days.

Being a musician is fun, but pretty hard professionally. I think college is too expensive in relationship to what your actual job prospects will be upon graduation: as a musician specifically, but really as anyone with any type of bachelor's degree. I think there should be more music business courses in jazz programs: sometimes jazz programs put too much emphasis on being creative and not enough on being a successful gigging musician.