By ANGELA DAVIS
February 28, 2012
Sign in to view read count
AAJ: I'm positive that elements of your approach have influenced a generation of players. However, often you hear younger players imitating Michael Brecker or Sonny Rollins or John Coltrane, for example, and I've never been in a situation where I have heard someone who really sounds like you. Do you think this is because you are constantly creating, and your approach is so personal that it would be impossible for someone to imitate your voice? 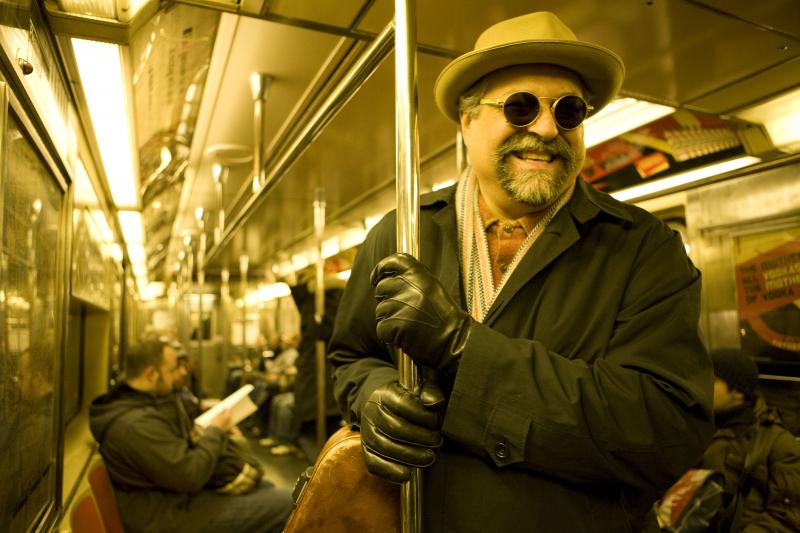 JL: Well, that's a hard question for me to answer. But I think maybe my sound is so personal, and I play with a very spontaneous, melodic approach. I'm not playing what I practiced to play. I practiced things so I could play how I play. But lets say someone like Mike [Brecker], who was one of the most amazing virtuosos on the saxophone. When you hear him, you could hear that's what he practiced. Because he would work things out and practice it, and play it repeatedly, and then that's what he would play. I play really free inside the music I'm trying to execute—the ideas I'm trying to execute. So it's different. You can't really copy somebody like that, in a certain way because you can't hold on to it because it's a flowing execution of ideas.

One thing too, a big influence, and gave me a lot of confidence. I was still in high school and Gene Ammons came and played in Cleveland. I'm growing up with all these records and I'm starting to hear people live, hearing Dizzy Gillespie, the Modern Jazz Quartet and the Thad Jones/Mel Lewis Band, Dave Brubeck, Gerry Mulligan, certain people I heard when I was in High School that came through Cleveland. Sonny Stitt, James Moody—I went and bought a flute the next day, when I heard Moody. And then I started taking flute lessons with friends of my dad who played more doubles.

Clarinet I got into a lot later. I had a clarinet, but I didn't like the image of a clarinetist. But then, my dad always told me you have to do this and that, and luckily I was able to get it together enough when I joined Woody Herman's band, or, especially with Woody's band—there were some clarinet parts and we played some shows. And if I couldn't have at least gotten through the part, they would have called somebody else. I mean we played behind Sarah Vaughan, and there was some clarinet in my book. I was scared to death I was going to be squeaking all over the place, you know, but I really worked hard to just try to play my part. And then with the Mel Lewis Band—that got me into playing clarinet, getting serious with doubles. Just developing a tone that was beautiful. Trying to be beautiful. And then that led me to really developing on the alto clarinet.

But getting back to Gene Ammons, he comes to Cleveland, and I'm still in high school. My dad takes me and my friend, Ron Smith, who was a vibes player, to hear Jug. And man, it was the most amazing ... I think around 1970-'71. To hear him in the room was phenomenal, after knowing his tone through all his records. And then they take a break and my dad says let's go, there was a dressing room and a kitchen behind the stage. We go and, I see my dad and Gene Ammons embrace and say hello to each other, and they hugged each other. And I was standing there, and I didn't even know. My dad didn't really talk about knowing Jug like that, I guess he had played a jam session with him the '50s.

Anyway, I saw them embrace and it was like, it made things so real. Jug wasn't just a mythical character, on his records. They knew each other, they had some kind of rapport together, they'd played together, whatever. And it woke me up to the fact that if I want to deal on the scene, and really get myself together, everyone's real man. Coltrane tried reeds just like everybody else, Sonny Rollins opens up that case and looks at his horn; takes it out of his case, you know what I'm saying? And at that early age everything is this mystery, but that brought things right down to earth for me and I treasure that moment.