Despite their part-shared personnels, these recordings illustrate vastly different approaches to jazz composition, cover selection and performance. They also honor the musicianship of all involved, making the listening experience both heady and challenging—and great entertainment. 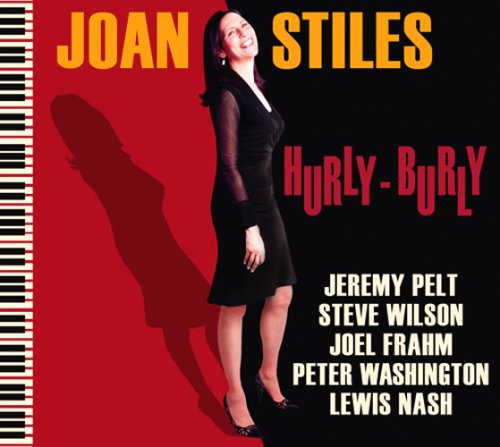 Joan Stiles made her debut recording with Love Call (Zoho Music, 2004). A veritable Duke Ellington/Billy Strayhorn love fest, Love Call showed off Stiles' muscle when interpreting that duo's canon. Hurly-Burly takes on another jazz giant in pianist/composer Thelonious Monk, while mixing things up with some clever originals and not so standard standards.

Stiles has no Marcus Roberts-purist approach to her Monk. She allows her interpretations of his compositions to breathe naturally and reveal their inner secrets. Stiles is the complete East Coast package when it comes to comping, soloing, arranging and playing, exuding the same dignified confidence as did her greatest influence, the late Mary Lou Williams.

Stiles employs a sextet that includes tenor saxophonist Joel Frahm and bassist Peter Washington with the aforementioned Wilson, Pelt, and Nash. The band is white-hot from the get-go, blowing through a cleverly constructed abstract of Monk, Johnny Hodges and Ellington tunes entitled "The Brilliant Corners Of Thelonious' Jumpin' Jeep. This is certainly the niftiest bit of arranging offered this year, performed with the intact sextet. Fats Waller's "Jitterbug Waltz is transformed by the trio of Stiles, Wilson, and Nash.

Hurly-Burly pivots on the two vocal selections. First is Stiles' rendering of the Ray Charles classic "What Would I Do Without You. Stiles concentrates the gospel elements in Charles' playing while downplaying the blues elements. Frahm's tenor is full of Sunday morning summer humidity. Stiles captured perfectly the mingling of the sacred and carnal that was so controversial when Charles was in his heyday.

The second pivotal vocal selection is the bop classic "In The Land Of Oo-Bla-Dee. Singing from a male perspective, Stiles nevertheless turns this nonsensical be bop vocal exercise into a delicious, sexually ambiguous romp in fantasy land, seasoned with Pelt's open bell. Stiles' piano is full of Monk spiced with Bud Powell. Hurly-Burly represents a light-year advance over the previous Love Call, which in itself was pretty damn good.

See Joan Stiles on the internet. 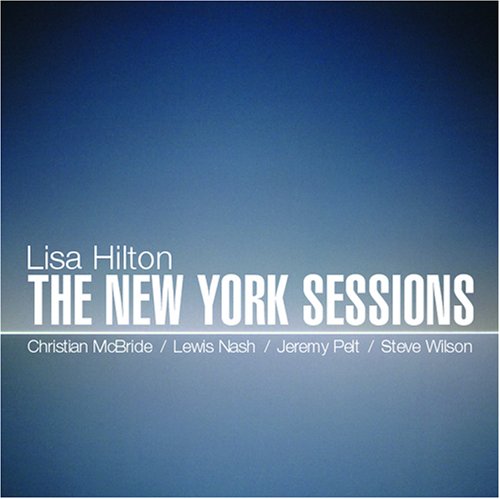 In contrast to Joan Stiles' densely NYC jazz approach is Lisa Hilton. While hailing from the left coast, Hilton did show up in New York City to record with some of that City's finest. Where Stiles is fiery and fierce, full of that big East Coast attitude, Hilton has a calmer demeanor. She opens and closes New York Sessions with Joni Mitchell's "Both Sides Now. She performs the piece with understated Lisztian flourishes like those that composer would use with his Schubert lieder transcriptions.

From that miasma of bliss, Hilton emerges into the griot rhythms of the city in the fast paced "Over And Over Again. Steve Wilson and Jeremy Pelt add an urgency of travel to the piece as it takes on a light Latin flavor. "A Bit Of Soul suggests that Hilton can play the blues as well as can Wilson and Pelt. This simple 12-bar romp provides just the right break from the Malibu wind blowing through New York City on this recording.

Hilton's ballad qualifications hold up well with "Just Want To Be With You and "Emily. Hilton's pianism is more Fred Hersch than Gene Harris, pleasantly lacking overt Bill Evans influences. It may have more to do with George Winston than anyone else, but that is not to say this recording is a "new age" snooze. Just when the listener is lulled into a restful enjoyment of the music, Hilton crosses Stiles with a deliberate and measured take on Monk's "Epistrophy.

See Lisa Hilton on the web.

Tracks: The Brilliant Corners Of Thelonious' Jumpin' Jeep; Jitterbug Waltz; Hurly-Burly (J2Mary Lou); Pannonica; What Would I Do Without You?; Past Imperfect; All Too Soon; 'Round Midnight; Knowledge; Bluesicity; In the Land of Oo-Bla-Dee.

Tracks: Both Sides Now; Over And Over Again; Just Want To be With You; A Bit Of Soul; Emily; Seduction, The Last Time...; Where Are You Now; Listen To Your Heart; Epistrophy; Mystery; Both Sides Now.