Jingle All the Damned Way 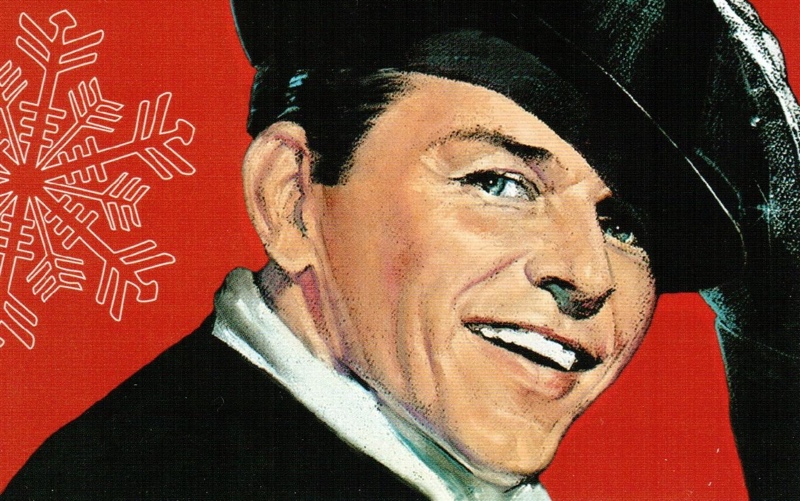 I realized most of the songs that reminded me of my teen years had, in fact, been drilled deeper into my brain than my basic motor skills

I'm not an unreformed Scrooge, I assure you. I do not lack for holiday spirit, even if I don't decorate the Geniusdome until it looks like a busload of drag queens crashed into a 30-foot Balsam fir. Christmas, to me, is attending Mass on Christmas Eve and then spending Christmas Day cooking a feast for my family. Christmas, to me, looks like the last 5 minutes of How the Grinch Stole Christmas (the really good animated one, not the Jim Carrey version that makes me want to go through the credits and slap everyone involved in the creation of that film). It comes without ribbons. It comes without tags. It comes without packages, boxes or bags. But, unlike down in Whoville, it usually does come with a liberal amount of craft beer.

Even without children of my own to keep the holiday merry and bright, I have managed to keep my own brand of Christmas spirit even despite years of working in retail. Nothing can beat the happy out of the holidays like working 14 hour days 6 days a week from Thanksgiving to Christmas, dealing with agitated and overstressed shoppers who have lost all semblance of social niceties and—worst of all—being trapped in the store 14 hours a day listening to Christmas music.

Actually, it's not Christmas music in general that gets on all 214 of my nerves worse than being forced to sit through a Friends marathon while my ex-wife talks about her old boyfriends. I like some Christmas music; I can't resist Elvis's, Sinatra's, and Dean Martin's renditions and, as a former euphoniumist, I will never turn down the chance to hear a good brass quintet run through the Yuletide repertoire. My problem with the Christmas music piped into most retail establishments, and played on most local radio stations (if such things still exist), is that it's almost always the same 10-12 songs rehashed by a dubious line-up of disposable pop stars.

It was a cynical truth of the music business, as it was before the digital age changed the rules, that almost every pan-flasher who came along must make a Christmas album. Back when there was such a thing as a record store, the cut-out bins overflowed with half-hearted, half-assed, hackneyed holiday ham. A quick Google search for bad Christmas albums turns up a veritable cornucopia of crap. I barely got halfway down the page before I felt nauseous and disoriented, just like that time I accidentally Googled 'Rosie O'Donnell nude.'

It seems as though everyone with a top-forty single in the pop era or who was on TV for more than 10 minutes has had a run at the same old tunes. How many versions of "Winter Wonderland" and "There's No Place Like Home For the Holidays" do we, as a civilization, need? And why does everyone feel the need to trot out the same tired workhorses year after year? Trotting out the same dreck year after year does not a classic make, any more than continuing to put Jennifer Aniston in mediocre films where she says she's going to be naked, and then never is, will make her a movie star.

Still, I'm of an age to remember when top forty radio was no different during the holidays than it was the rest of the year: narrow playlists of corporate, cynically manufactured 'old reliable' holiday tunes repeated ad nauseum. I managed to develop a wide and varied appreciation in music in spite of the dreck on the radio, and gave up top-forty for good in 1985 when I went to college and no longer needed the cultural touchstone to identify with my peers. It wasn't until many years later that I realized most of the songs that reminded me of my teen years had, in fact, been drilled deeper into my brain than my basic motor skills.

I no longer work in retail or have to stand on a car lot all day while the miserable music I've described bombards me from all directions. Being semi-retired, and semi-sequestered in the 'Dome, I no longer have to listen to anything I don't want to. YouTube, Pandora, and SiriusXM cater to my specific tastes, with 0% chance of having to sit through yet another butchering of "Jingle Bell Rock."

But that, in itself, might be part of the reason for the current dearth of the holiday spirit. The reason most of these Christmas tunes are considered classics is because they span generations. We might not all have the same memories of Christmas, the experience is different for everyone. But through these songs, the same year after year, and the same holiday specials and Christmas movies conspire to give us a common illusion of Christmas.

I am the product of West Virginian hillbillies who raised me in a little blue-collar railroad town in the mountains of Virginia. My Christmas memories include my parents both with cigarettes on their lips and Dad with a can of Old Milwaukee in his hand. My parents always provided plenty of wonderful presents and a Christmas dinner that I still strive to recreate to this day. But my warmest memories, then as now, are just being with my family on that special date.

Yet, with the common thread of the most hackneyed Christmas song or the 35th different version of A Christmas Carol, I can share in a common experience. Forget for a moment that we were programmed to be in front of the TV for the yearly showing of A Charlie Brown Christmas, or to hear the same short playlist of Christmas tunes on the radio every year until they were dug into our brains. The point is that everyone of a certain era is instantly connected by these things. Moreover, even though I wasn't part of the generation who grew up with Frank Sinatra and Dean Martin crooning the old standards, I can put on the CD (remember those, kids?) and be transported to the epicenter of the Age of Cool.

What is missing in today's digital instant-everything world is that thread of common experience. Hundreds of TV channels, DVR, DVD, Netflix, Pandora, Spotify, YouTube, etc. allow everyone to see and hear only what they wish to take in. Being semi-hermetic myself, I barely remember the last time I listened to a song or watched something on TV that I didn't specifically choose. Since I don't have kids, and both of my nieces are grown, I don't even know what today's youth is consuming of the holiday entertainment buffet. Are they still watching A Charlie Brown Christmas on their phablets, or do they just loop National Lampoon's Christmas Vacation infinitely from Netflix? Are they still listening to modern 'classics' like Mariah Carey's omnipresent version of "All I Want for Christmas is You?" Or are they pumping "Run Run Rudolph (The Po-Po is Comin')" by CanT. Singg feat. Miz Spelld?

There is a part of me that hopes they are somehow being exposed to the same songs my Gen X and at least the last two generations before us had to endure. Not as some sort of cross-generation hazing ritual, but as a means of establishing that common experience that once held us together as a people, more or less. Maybe these annoying, hackneyed tunes that require minimal effort on the part of the 'artist' can create at least a little common ground among us again. And if so, well, I'll tune my XMSirius radio to the holiday music channel, paste a smile on my face, and jingle all the damned way to Christmas with an overplayed, mediocre song in my heart.

Exit to your right and enjoy the rest of AAJ.