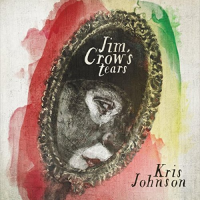 The term Jim Crow, reputedly, has its origins in West Africa, based on a Yoruba folk tale of a crow called Jim, who appeared lazy, yet was clever and lucky. This story was brought to America by the enslaved Africans, who embellished it, and turned it into a song and dance routine to take their minds off of their harsh environment. With the appropriation and popularization of the song "Jump Jim Crow" in 1828 by a white man named Thomas "Daddy" Rice, a new form of musical entertainment was presented in America. This song, performed by Rice in blackface, capitalized on racist stereotyping and ridiculing the Negro. This led to the minstrel shows which had actual Negroes, ironically, also in blackface, performing self-deprecating acts for white audiences.

Composed and arranged by trumpeter Kris Johnson, Jim Crow's Tears is a serious, thought provoking musical, which presents the story of Lucius Purifoy, a slave turned blackface minstrel, who reflects upon his life, and comes to a startling revelation, while waiting in the wings, as Jim Crow, for the show to go on. Johnson utilizes all the classic characters of minstrelsy as Tambo, Bones, Mulatto, Jezebel, and the evil Massa, all intertwined in a dramatic depiction of bitter lessons culled from the past, where art imitates life.

The record's liner notes highlight the designated artists, lyrics, and musical passages, in a comprehensive format, essential in following the performance in its true nature and intent. The ambiance varies with the situation encountered by the protagonists, who come to life within the encompassing music. Johnson brought this whole production to light with complex arranging of a jazz ensemble, an orchestra, and a six part vocal choir featuring Sarah Charles and Stacey Carter in the female parts. Vocalist Antwaun Stanley does a superb portrayal of Jim Crow, the reluctant performer and bastard son, struggling with his doubts and regrets, while the chorale, augmented by lush orchestration when necessary, plays the role of his inner conscience. The story unfolds in a series of flashbacks and situations stemming from "Plantation Days," his mother, "Pearl The Jezebel," a spiteful father who would "Never Approve," breaking free from "These Chains," and his hope for ultimate redemption in "Unbind My Eyes." This achieved through accepting the reality that "We Can't Live This Way." Recognizing that his life as an artist has been a fraudulent downward spiral which came about as the result of self-degradation and mocking his race; as the final curtain falls, he utters a plea..."there will no more coonin' for us."

Kris Johnson, by his own admission, wrote Jim Crow's Tears with the intent to expose the absurdity of the minstrel occurrence, its stereotypes and origins, in hopes of provoking further examination and admiration of those who demanded and implemented change. As the term Jim Crow has unfortunately expanded from its minstrel roots, through slavery, sharecropping, segregation, and the Civil Rights Era, its specter continues to hide in modern society, revealing itself in flashes of rage. It is productions like this which demonstrate that the music of Black America was created amidst tension and turmoil, and though some battles were won, the struggle continues.