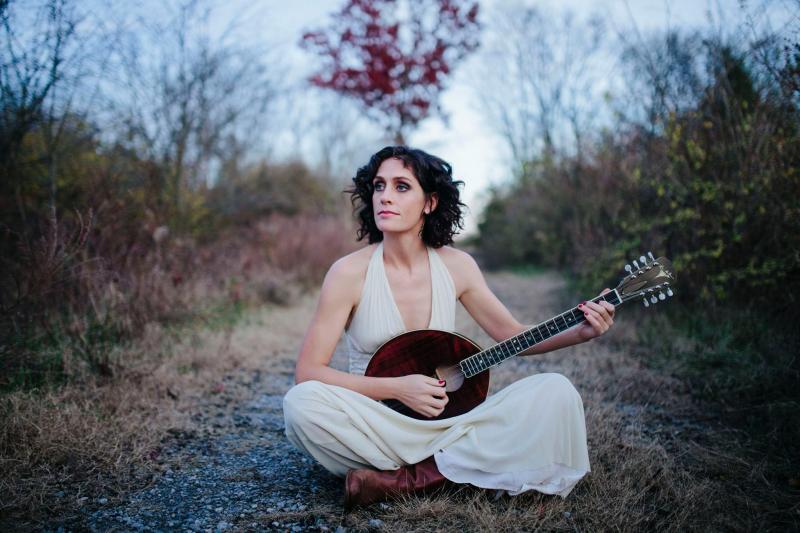 By FRANZ A. MATZNER
March 12, 2015
Sign in to view read count
A brief survey of violinist, vocalist, and composer Jenny Scheinman's recordings proves her a multi-genre experimenter, uniting a wide range of musical styles through partnerships with a diverse set of premier artists, including Jason Moran, Myra Melford, and Lou Reed. Scheinman's facility and humor was confirmed over the course of a Valentine's Day weekend performance at the Kennedy Center KC Jazz Club.

Partnering with guitar guru Bill Frisell and drummer Brian Blade, Scheinman announced at the outset of her show that she'd been asked by the Center to highlight her "country" inspirations. And that she did. The resulting blend of country, traditional Irish, jazz, pop, and folk idioms constituted a series of expertly crafted, highly personal sonic memorabilia equal parts quaint, observant, trite, poignant, and innovative. And like a cherished piece of kitsch art discovered at a roadside stand, Scheinman's musical portraits of rural America become all the more appealing the more they are held, the more one finds in them the marks of real, exposed human experience, resonant as much for the meaning they held for their creator as signifiers for a greater cultural reality.

ADVERTISEMENT
Scheinman established the tone for the evening with a set of three recently composed solo fiddle tunes, "Esme, "Dotin,'" and "Bark, George," taken at progressively faster tempos. Carved out of the distinct American rural tradition, these sound sculptures marked an early high point of the evening, evocative as only a folk tradition can be.

Joined by Frisell and Blade, the remainder of the evening alternated between instrumental pieces and vocal tunes drawn predominately from Scheinman's most recent release The Littlest Prisoner (Sony Masterworks 2014), beginning with the heartfelt "You Slowed Down" before turning to the album's title track. Dedicated to her first child, this powerful confessional created a potent—and distinctly female—musical and thematic tension as it explored with unusual honesty a complex set of responses to motherhood. Other high points of the evening included duets with Frisell and Blade that underscored Scheinman's considerable force when freed from lyrics, as well as the Irish-inflected "Debra's Waltz" and cutting instrumental "Sidiki," which unfolded like an all-night joyride down the unlit lost, highway of folk traditions. Among the vocal pieces, the tunes "Brother" and "Run, Run, Run" stood out, not least of all because their refrains embed themselves in the mind for days after first hearing. "Run, Run, Run" marked a particular peak both for its memorable composition and poetic lyrical structure that combined distinctive imagery and country ballad tropes to deliver an unexpectedly piercing meditation on mortality and male fear.

Wielding her sharply personal lyrics and stylistic alchemy like Joan Didion with a violin, Scheinman provided by the end of the night, a musical tour dissecting that uniquely Californian collision of Americana, conservatism, counterculture, and feminism, and through that act, presented a decidedly memorable diagnosis of broader American cultural and musical streams.