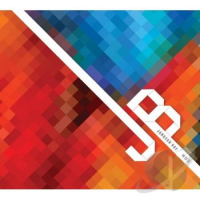 The trio voice quickly establishes itself on nearly every track; Bae clearly likes to address the melody and lock into the rhythm from the get go, as on the opener, a bustling take on Cole Porter's "I Love You," where drummer Clarence Penn and bassist Matt Penman make their presence felt in molding the music early on. Bae's touch is light and her articulation crystal clear as she works gradually into a fluid solo, one nearly all played out in the right hand, with occasional left-hand dabs.

Elsewhere, Bae exhibits impressive two-handed fluency, notably on her independent overlapping lines on Charlie Parker's bebop classic "Donna Lee." Daniel Foose's fast-walking bass and drummer Ross Pederson's skipping brushes create a solid platform for Bae's improvisation, which owes almost as much to the classical idiom as it does the bebop code. Pederson switches to sticks as the trio's engine begins to fire and all three burst through over the finishing line in unison for an exhilarating finale.

A fine interpreter, Bae displays her romantic streak on Porter's "So in Love," with Latin and baroque colors in her flowing lines enlivening the tune's pretty melancholy. Bae's sparsest, most delicate playing is reserved for pianist Duke Pearson's aching ballad "You Know I Care," an emotive rendition with Penn and Penman lending sympathetic support. Foose and Pederson drive Miles Davis's "Solar," with Bae in more expansive mode. The other non-original is Bae's arrangement of singer Leonard Cohen's much covered "Hallelujah"; piano reverb at the beginning instills a church-like solemnity on Cohen's slow waltz-cum-gospel number. Around the half-way mark, Bae wrestles with the architect's original blueprint, stamping her personality firmly with a finely crafted solo.

Bae's four originals display her affinity for a memorable tune, but whether interpreting others' tunes or crafting her own, Bae is an improviser first and foremost. There's a lightly stated lyricism in "100 Days Away"—with Penn a dynamic catalyst with mallet and cymbals—which Bae concludes with a delightfully melodic signature. The gentle trio voice on the sparse, nostalgic "Grandma" contrasts with the fiery collective attack on the propulsive "Continuous Voyage," while "Teheran-ro"—inspired by a street in Seoul—sees Bae unfold an extended solo of inventive progressions.

Jay Livingstone and Ray Evans' "Never Let Me Go" rounds out the set; Bae's delicate unaccompanied interpretation—an album highlight—is tinged with the blues. Bae has one foot firmly planted in the tradition but she has the imagination to bring luster to more contemporary standards, tackle a solo project or develop her original material. Whatever way direction she takes, JB is an important stepping stone along the way.

I Love You; Donna Lee; So In Love; 100 Days Away; Hallelujah; Continuous Voyage; You Know I Care; Solar; Grandma; Teheran-ro; Never Let Me Go.