By JEFF WINBUSH
August 4, 2010
Sign in to view read count 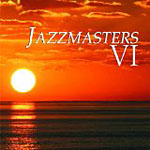 To understand why Paul Hardcastle's latest Jazzmasters album is such a tedious drag it's first necessary to understand that the multi-instrumentalist has taken an unfortunate interest in a subdivision of smooth jazz, called Chill.

Chill relies on ambient sounds, airy vocals, quietly tinkling keyboards, and the occasional alto sax bubbling away in the mix. It's so smoothed-out and laidback that it's nearly comatose. Chill is less ambitious than smooth jazz but not quite as lightweight as New Age. Take a marshmallow, pour honey over it, dip it in a sugar bowl, then swallow the gooey, gloppy mess whole in one bite. That's Chill.

There's a lot of Chill, but not much jazz to Jazzmasters VI. There's nothing left to chance. Everything is programmed, arranged and premeditated to drain away even the remotest possibility of something spontaneous, improvised or even mildly interesting. Nobody has ever confused Hardcastle's synth-driven style with Keith Jarrett, but he's done much better on previous recordings. Here he seems to be merely going through the motions.

Each song drifts languidly by like fluffy white clouds on a windy day. It's all quite pretty, dreamy and passive, and, as soon as it's over, the realization that there isn't a single memorable moment on Jazzmasters VI sets in. The album is nearly evenly divided between dreary, droning instrumentals that leave little impression and listless vocal tracks with slight variations on a theme of "I love you, but you don't love me and now my poor heart is broken."

Hardcastle calls his "band" the Jazzmasters, but it's just a Hardcastle side project, plus the occasional vocalist and saxophonist. Becki Biggins provides some impassive vocals to lyrics that are supposed to invoke feelings of love and loss, but the only emotion that comes through is that of disinterested passivity. Paul Hardcastle Jr. is among the three sax players on the record, but none of them makes much of an impression.

"Jazz" is a catch-all for various genres that are only loosely connected to each other. Hardcastle has carved out a niche for himself as a staple of the smooth jazz/Chill division, but there's very little mastery of jazz evident on this recording.

Hardcastle's popularity was built upon creating pleasant, if not mind-blowing music, and his expertness has made him a fixture on smooth jazz radio. Unfortunately, Hardcastle is showing signs of a veteran musician merely recycling old riffs instead of breaking new ground and that makes Jazzmasters VI something of a yawner.

Awakening Thoughts; Touch and Go; One Chance; Cloud Watching; I Really Like; Solar Sky; I Can't Get By; In the Key of Time; The Vision; Dimensions of Light; So Into You; Return of the Rainman Reprise; One Chance (full version).